2) This time it’s showing Baz Luhrmann’s 1996 classic Romeo + Juliet in a Grade I listed, Gothic Revival church, bookended by performances of the soundtrack by a live choir. Which has sold out for the last six years they’ve screened it.

Thankfully the non-existent pitfalls here mean that as soon as you take your seat in the church – and just before you’re treated to the mellifluous vocals of the 12-strong ‘Some Voices’ choir and a mini-orchestra with bass, sax and violin – you’ll feel content in the knowledge that the film which awaits you helped a generation to appreciate Shakespeare; cemented Leonardo Di Caprio’s reputation as the ultimate ‘90s heartthrob; and gave the world ‘Talk Show Host’ by Radiohead. 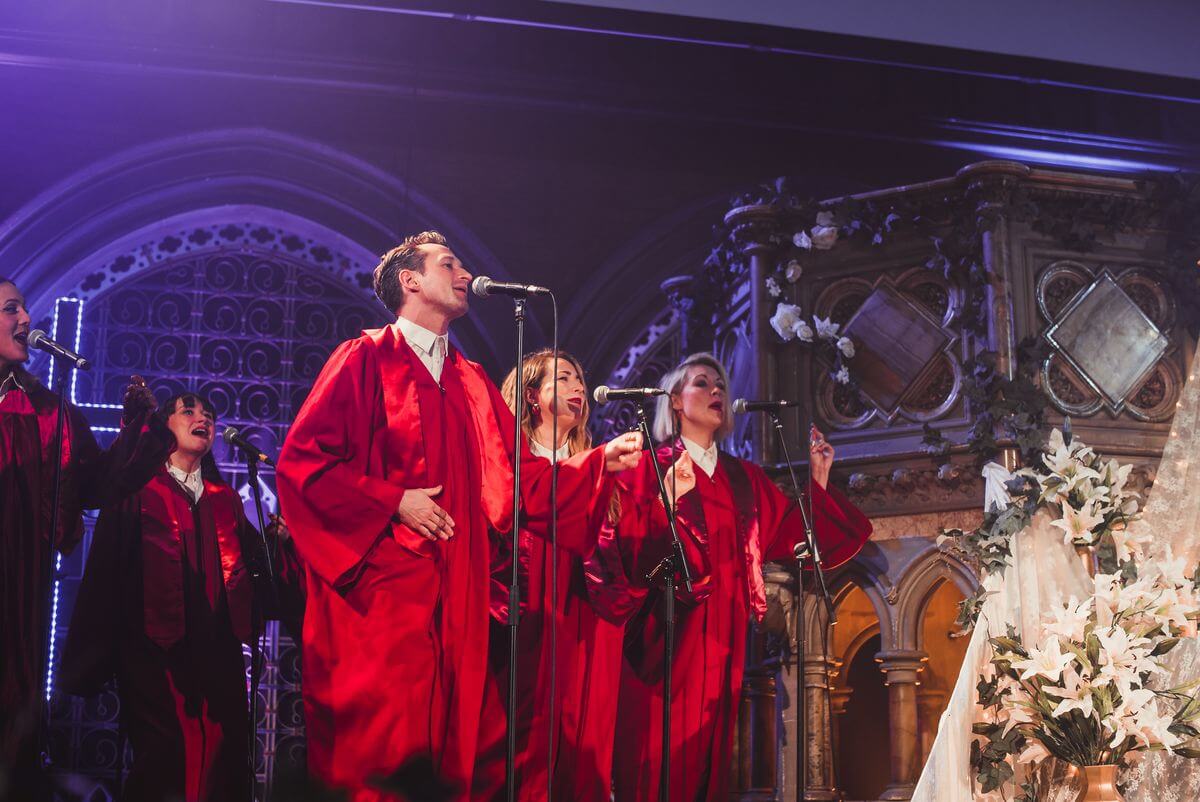 “Two households, both alike in dignity/ In Fair Verona where we lay our scene/ From ancient grudge break to new mutiny/ Where civil blood makes civil hands unclean. From forth the fatal loins of these two foes, a pair of star-crossed lovers take their life.”

So yes, these opening lines pretty much give the entire plot away HOWEVER with cinema it’s the experience that counts.  So it’s just as well that the experience here includes soaring stained glass windows; blue neon crosses ripped straight out of the film’s denouement; candlelight; hot, homemade food from the church’s café supporting the homeless; plus a bar, which handily serves a small selection of beer and wine. Meaning that not only can you watch Carrie from Homeland flirt in Shakespearean through a fish tank… you can also have a drink.

Romeo: I dreamt a dream tonight.

Mercutio: And so did I.

Romeo: Well, what was yours?

Mercutio: That I could watch a film. In a church. With a choir.

Like finding unusual things to do in London? Start your free Nudge Member trial to access your monthly agenda

All Points East Is Back And it’s bringing Field Day with it, too.

Tom Kerridge's Food & Music Festival is Back Get Michelin Starred food while watching some of the country’s best bands.

Things To Do | Wood Green

Drink In The View At London's Biggest Beer Garden Pints and panoramas, what more could you ask for?.