Why did the chicken cross the road?

Because it was street food.

Michelin-Starred street food, to be precise. And it didn’t just cross the road, it crossed entire continents. And it’s not just chicken either, it comes from Singapore’s now-famous Hawker Chan, who serves the world’s cheapest Michelin Starred meal – his signature Soya Sauce Chicken & Rice – for just £6.

And now, he’s coming to London. 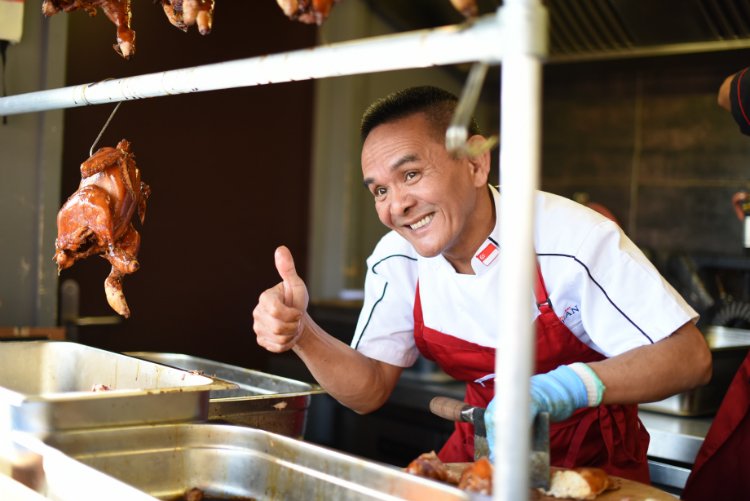 After hopping over last year, he’s back for another short-and-sweet residency at KERB in King’s Cross. Only this time, he’ll be showcasing another of his starred dishes, smoky char siew pork and rice. He’ll be serving up 300 portions from 11.30am each day, but that’ll be bolstered by another rising Singapore street food stall, A Noodle Story. They’ve been awarded a Michelin Bib Gourmand for their Singaporean take on ramen, with Hong Kong-style wonton, soy-drenched onsen egg, spring onions and prawns wrapped in crispy potato, all on a bed of noodles. It’ll be the first time they’ve brought their dishes to the UK.

Both of their stalls are packed out on a typical Singapore lunchtime, so if you want to get in on the action, you’ll have to show up early to KERB…

Like top quality food? Check out the other Michelin Starred restaurants in London