Hot Chocolate Cocktails On A Rooftop

The Ham Yard Hotel have the hottest thing in the London cocktail scene.

As part of their now-traditional annual collaboration with artisanal gin-makers Sipsmith, they’re about open their exclusive Soho rooftop up to the public for evenings of hot gin cocktails. And if the thought of being outside in December gives you chills, you’ll be pleased to hear that that rooftop has been dolled up with ever-so-slightly magical touches like festoon lighting, open fires, warm blankets, and blazing heaters to go with the sofas and wicker chairs you’ll be reclining on. 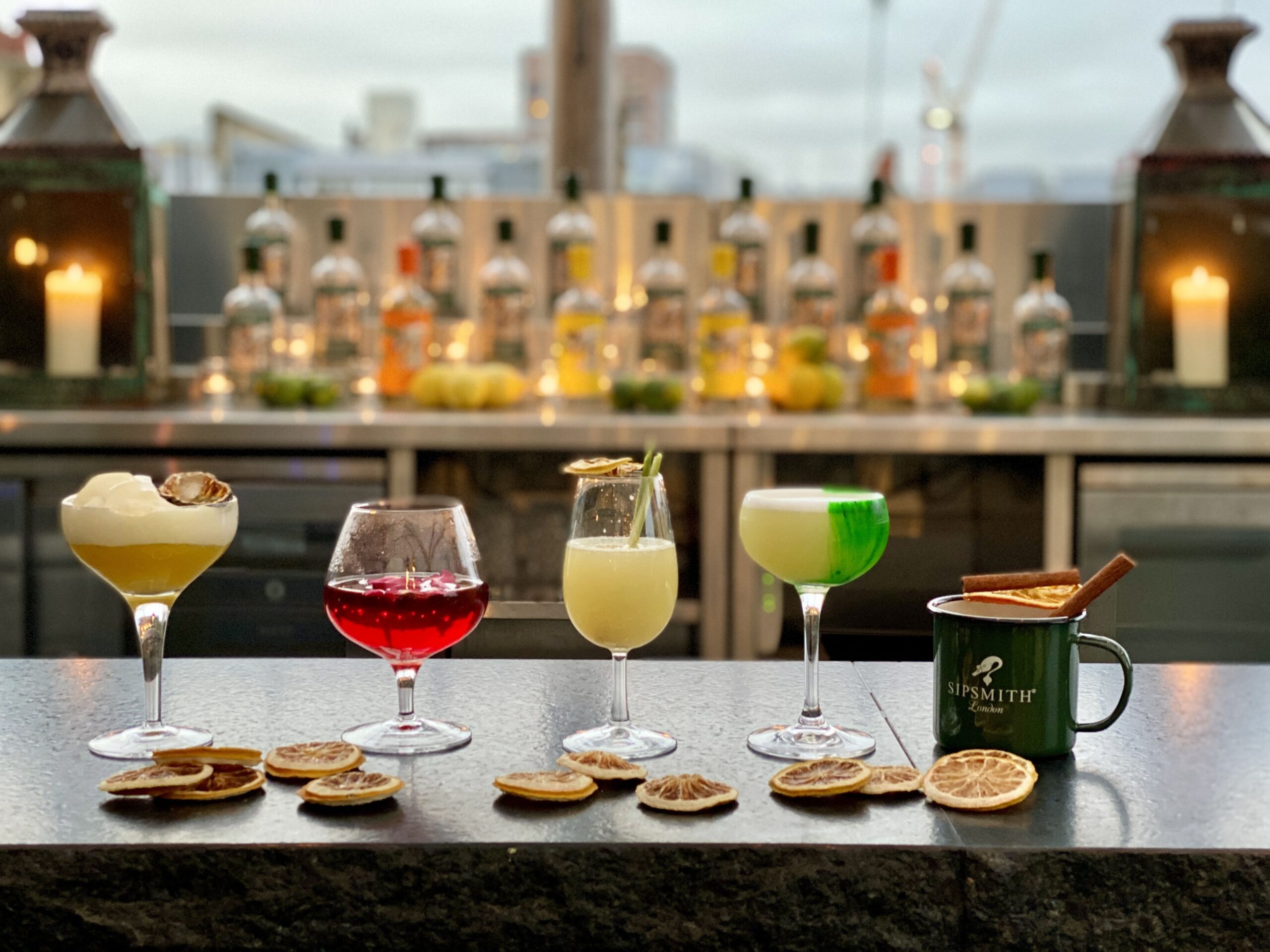 Under the banner of Zestival, the menu this year takes inspiration from the citrussy botanicals in traditional gin recipes, and which really come to the fore in their Zesty Orange and Lemon Drizzle Gins. So you can expect some all-new concoctions including the Smoke & Roses, which is passed between two shakers while on fire, and combines gin with Lillet Rouge, honey, and ‘gunpowder tincture’. Each cocktail comes with a special food pairing, too – as well as a pretty decent slice of the London skyline.

But that’s not all.

Because they’re also partnering with ethical choco brand Tony’s Chocolonely to create a bespoke boozy hot chocolate station, with your choice of gin, toppings and sauces to go with the silky chocolatey base.

And that’s still not all.

On Sundays, they’re inviting musicians to play a live set for about half the session, and you’ll also be served a charcuterie board to accompany your drinks.