Take Your Parents On An Islington Tour

You’ve invited the parents to stay for the weekend, and mild panic has set in.

How to keep them entertained, and also impress/reassure them by hinting at the spectacularly well-balanced and fulfilling life you lead? The answer lies in that classic blend of culture, food… and booze.
–

There are few ways better guaranteed to mark you out as a sophisticate — other than sporting a monocle, and using the word behoves — than a trip to the theatre. Make that a matinee trip to the theatre and, well, you’re reached peak cultured. It helps that the Almeida Theatre is such a gorgeous beast, surrounded by some of Islington’s finest Georgian terraces and nicest boutiques. Don’t be in a rush to get here – amble along Upper Street from either Highbury & Islington or Angel stations, and you’ll invariably spend a fair whack of time gawping into shop windows.

The grand 19th-century building that is now the Almeida was variously — in former lives — a scientific lecture hall, a gentlemen’s club and a warehouse hiring out circus equipment. Beyond the impressive façade is a charmingly rugged and intimate theatre space staging some of London’s most ambitious productions, which often prove such a hit they transfer to the West End. Ralph Fiennes, Saoirse Ronan and Adrian Lester have all trodden the boards here. Plays tend to show for a month or two and can sell out quick if there’s a big name on the cast list – check the listings to nab your tickets.

As everyone knows, the only possible way to follow world-renowned drama is with rum.

Back on Upper Street, tiki bar Laki Kane is where you can sneak in some daytime drinking with your parents under the guise of ‘education’. 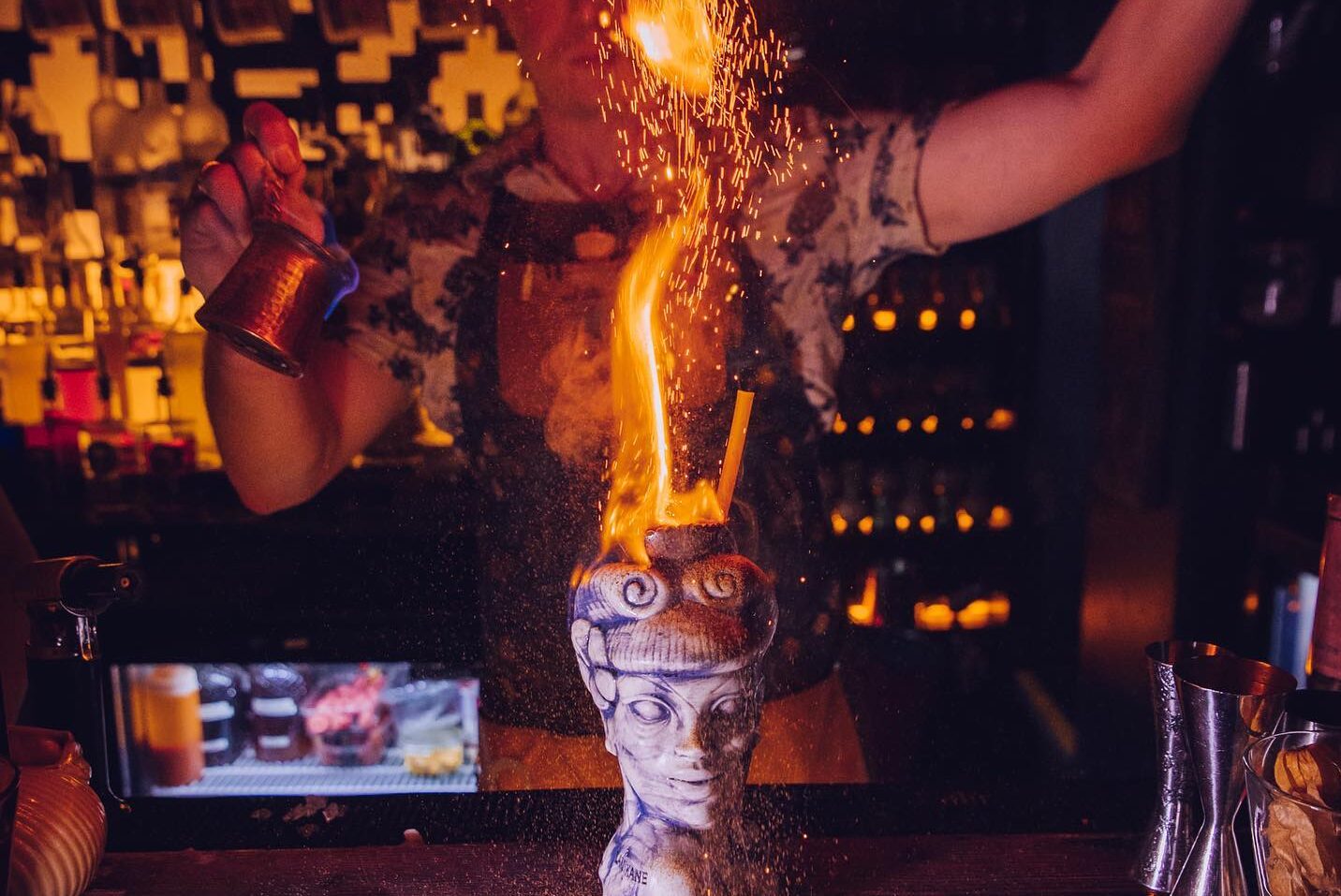 Upstairs from the main bar is the club room, which hosts a variety of rum-based events. If your play finishes in time, book into Laki Kane’s rum making workshop (from 4.30pm). Over two hours, you’ll make your own spiced rum, learn the history of the spirit and sample a good number of drinks, both neat and in cocktails. Curtains going down a little later? Book in to the hour-long Tropical Cocktail Masterclass, where you’ll hone the techniques needed to create two signature drinks lavished with extravagant bouquets of garnishes.

Emerge, blinking, into the evening sun and head down Upper Street towards Angel. Cross over Islington Green and dive down Camden Passage by the Reiss clothes shop: at the far end of the pedestrianised lane is…
– 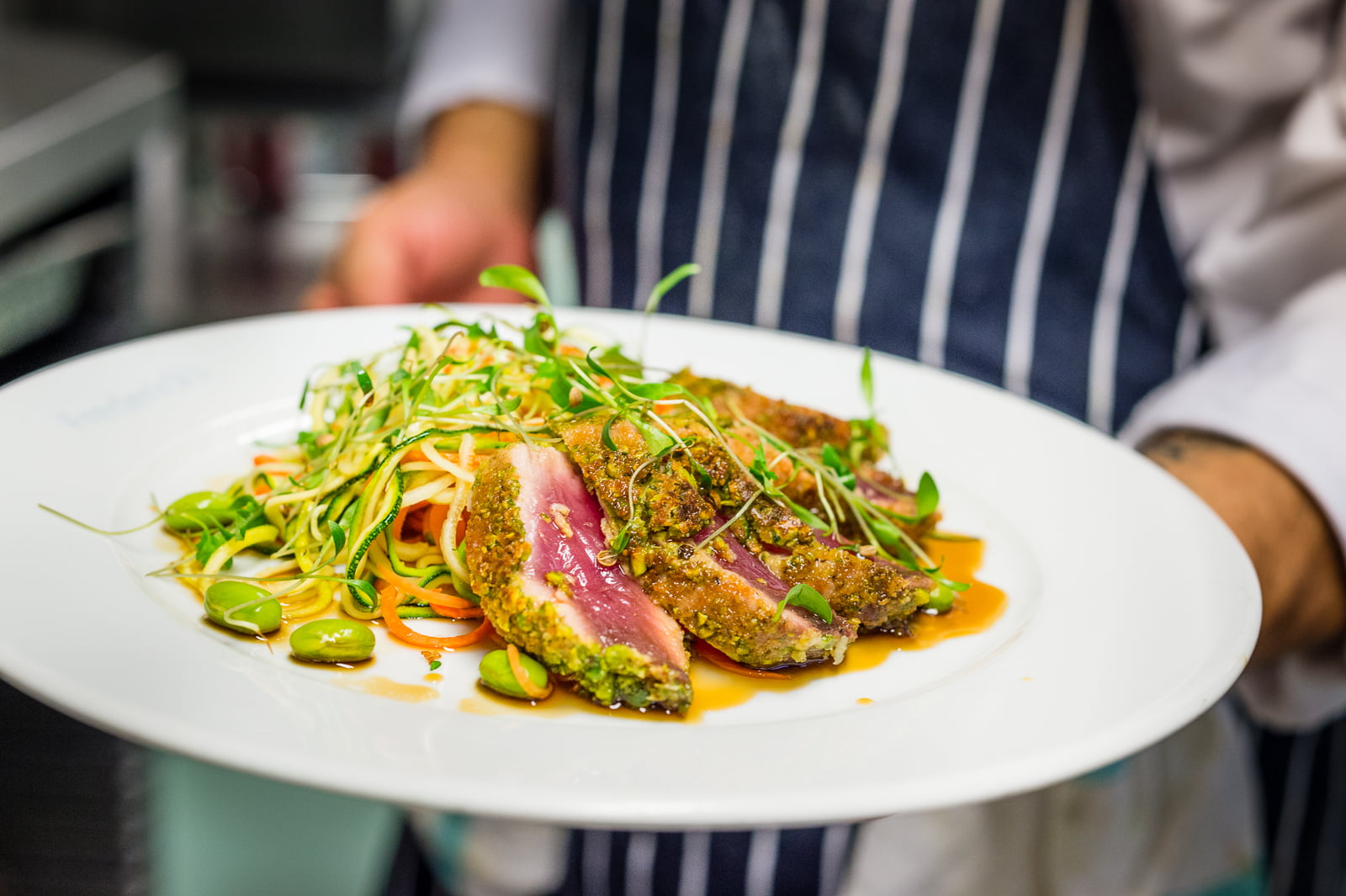 Frederick’s has been open since 1969 — no mean feat given how swiftly restaurants come and go in this part of town.

It’s testament to the top-notch Modern European food coming out of its kitchen and the warm welcome offered to newcomers and regulars alike. Not to mention the lovely, light- filled space. The overall atmosphere hits just the right balance between ‘special’ and ‘relaxed’ – making it the perfect place to end your day.

There’s nothing left to do now but bask in the warm gratitude of your parents. At least, it might be gratitude – it could well be
the rum.

Looking for more inspiration? Check out the Best Things To Do in Islington.

Itinerary: Impressing Your Parents in Islington