There are few things less appealing than getting on a sticky commute home after a long day at work.

And few things more appealing than a chilled glass of wine on a secluded rooftop; dinner in an iconic London spot that’s as romantic as it is unexpected; a very literal chocolate bar; and a night of raucous competition in a set of steampunk-styled railway arches.

Two guesses which of those this itinerary covers.
– 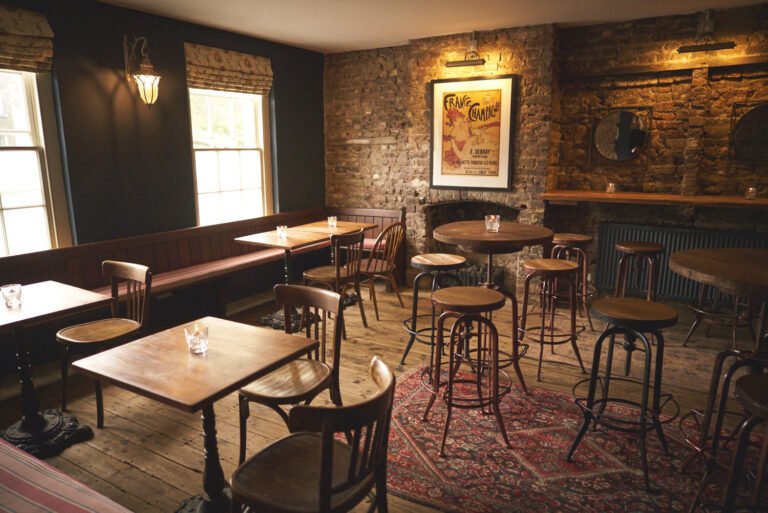 There’s something illicit-feeling about Tap & Bottle, a fantastic little wine bar tucked into a terraced building on Union Street. Duck inside and head upstairs, and you’ll find yourself in a candlelit, brick-walled Dickensian drinking den – albeit one which has the technology to hook up about a dozen wines on tap. It’s not just a pretty face, either. Here you’ll find crowd-pleasing numbers alongside more unusual offerings – try an albarino from Uruguay, or a skin contact wine from Georgia. Whatever you pick, it’s almost scientifically guaranteed to taste better outside on their unexpected roof terrace, a strange sunny pocket bordered by Grade II listed chimneypots on one side, and the rattle of trains heading to London Bridge on the other.

Glasses drained, slip downstairs, head left out of the door and take the second left onto Redcross Way, once one of London’s most overcrowded, cholera-blighted slums…
– 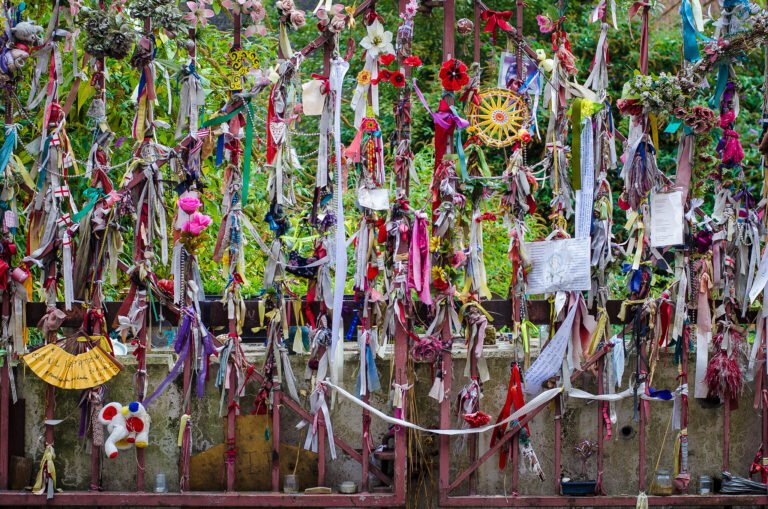 Sure, it’s not the obvious choice to factor a graveyard trip into a summer evening’s stroll, but Cross Bones is an important remnant of London history. It’s estimated that by the time it closed in 1853, this graveyard held the bodies of over 15,000 paupers, radicals and outcasts. Its tenants include the Winchester Geese, a group of young prostitutes licensed by the Bishop of Winchester in Medieval times to work local brothels (but who were denied burial on consecrated ground because of their work). In the 1990s work was done on the site for the Jubilee Line, apparently prompting a ghost to visit local writer John Constable. Together with a group of Southwark residents he transformed the site back into a garden for reflection, and a memorial to ‘the outcast dead.’ As you turn down Redcross Way, you can’t miss the graveyard’s gates covered in ribbons, tributes and offerings.

Continue down the street, under the railway bridge and across the road, turning right onto the picturesque Park Street, whose old warehouse buildings still have hinged flaps under the windows, where goods used to be loaded up by cranes.

At the end of the street, you’ll spot the iconic entrance to Borough Market, with Southwark Cathedral behind. Head straight through the deserted market aisle ahead of you, and on your left you’ll find:
– 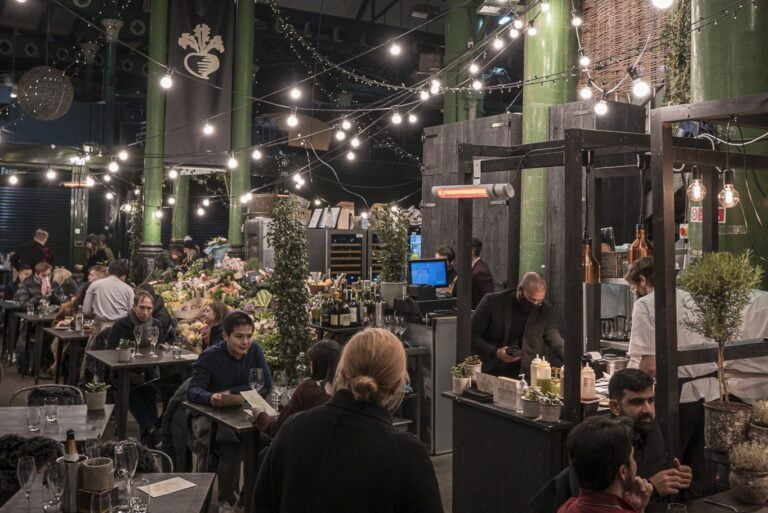 Sure, the stalls in London’s most famous produce market may have shuttered for the day, but after hours Borough Market takes on a different kind of buzz. The place is alight with garlands of festoon bulbs, and tables and chairs are put out for both restaurants and traders who use the market’s cornucopia of fresh ingredients to create wondrous things.

There are plenty to choose from — Elliot’s, Shuk, Tacos Padre and of course Padella are all worthy suitors — but top of the list has to be Turnips. It’s a purely al fresco restaurant orbiting the eponymous fresh fruit and veg stall. Glamorous, right? But head chef Tomas Lidakevicius knows their onions, having used their ingredients as exec chef over at Jason Atherton’s Michelin-starred City Social. Over lockdown, the Turnips folk and Tomas got to talking, and the result is this brilliantly contradictory spot serving mouthwatering fine dining under the railway bridges of South London.

From here, take the market exit on your left and make the taxing one minute stroll right along Bedale Street to…
– 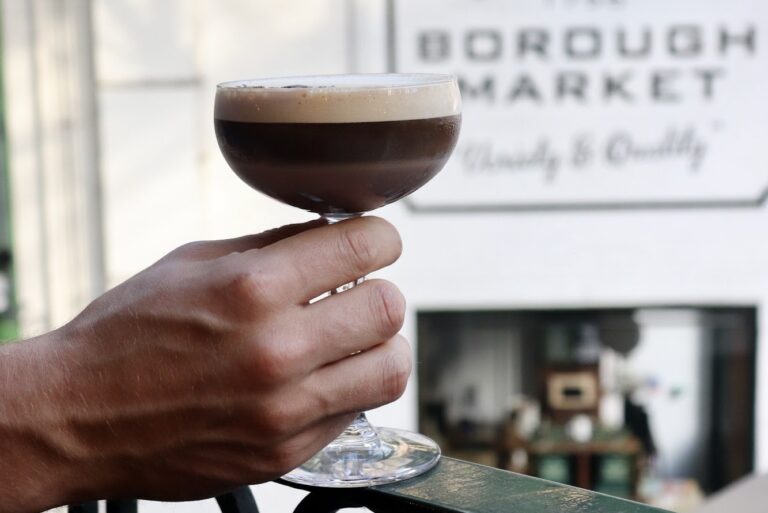 Rabot may not jump out at you on the street. But the camouflaged frontage of chocolate-coloured brickwork, chocolate signage and chocolate furnishings are entirely intentional – because here, chocolate goes into every dish. And that goes for the drinks, too, meaning that your post-dinner digestif will take the form of a creamy chocolate daiquiri; a velvetised chocolate martini; or an Old Fashioned made with cacao-infused bourbon.

Sweet tooth sated, continue along Rabot Street, crossing over to where it becomes St. Thomas Street. Heading along here, cut a left through the London Bridge railway station hall, then swing a right on the other side towards the railway arches, and your final stop…
– 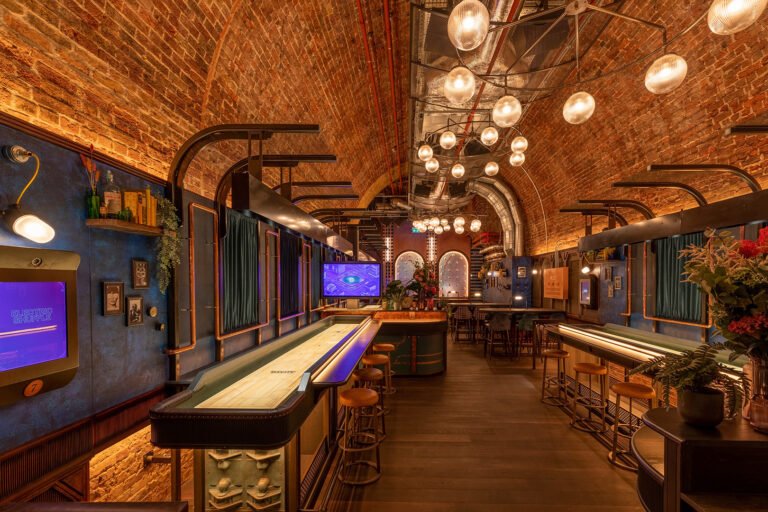 End your evening on a high by mercilessly crushing your companion(s) for the night with a couple of games of tech-enhanced shuffleboard. Electric Shuffle comes to you from the minds behind Flight Club, and basically applies the same principles: take a sport that’s been quietly gathering dust amongst everyone but the over 50s, liven it up with automatic scoring; tech-infused twists on the rules; video playback of your greatest victories; and cocktails. Because yes, shuffleboard is a one-handed game…

Looking for more inspiration? Check out the best restaurants in London Bridge