A Soho Night Out with Live Music, Comedy & Tacos

Soho: once the seedy, thrilling underbelly of London’s nightlife scene.

And now, frequently known for being sohooo expensive.

But when you’re in the mood for a raucous night out with good food, even better drinks, and a little entertainment, there’s nowhere better to go.

Your carousing begins at:
– 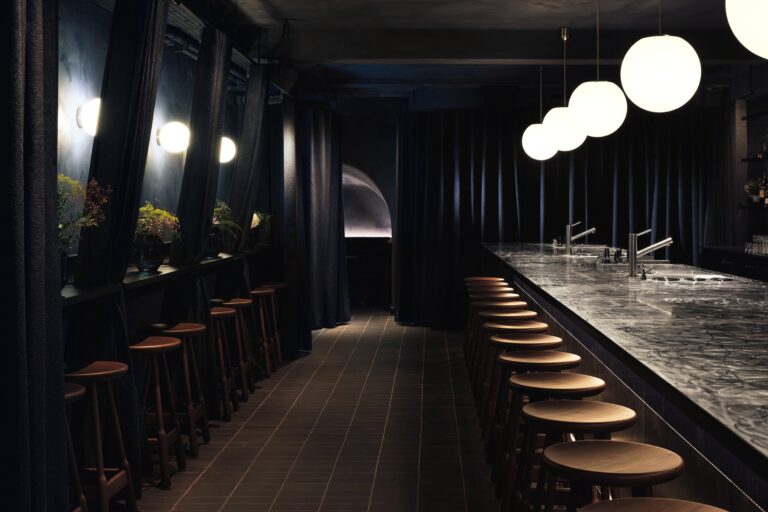 Since this night has a slim chance of you ending up in Karaoke Box at 4am singing the Grease medley, you should at least start with sophisticated intentions. SOMA is a suave, basement bar with a speakeasy atmosphere, from the team behind neighbouring Kricket. The cocktails here are meticulously crafted, and the whole place acts like a very glamorous recycling centre… in that any ingredients that don’t get used in the restaurant upstairs get a second life down here, in drinks like the Curry Leaf Gimlet and the Chaat Masala-spiced Margarita with gooseberry salt.

Once you’ve finished drinking that rubbish, head upstairs and right up Sherwood Street, turning left onto Brewer Street towards…
– 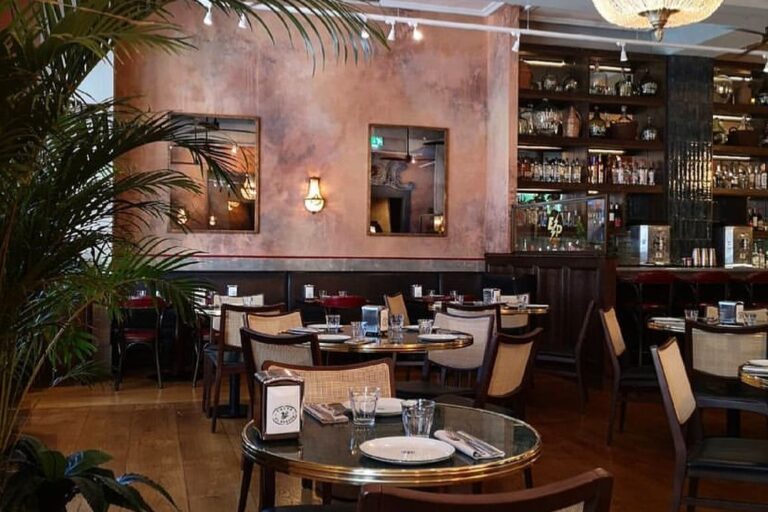 El Pastor Soho is the renegade youngest sibling of the Mexican mini-empire run by the Hart Brothers. They’re the family behind London stalwarts Barrafina and Parrillan, but this Soho tortilleria harks back to where they started out: running cult nightclub El Colmillo in Mexico City. It’s set in an artfully dilapidated space, where twinkling chandeliers and smart retro furnishings are offset by peeling wall plaster and ceiling fans overhead providing a sense of atmosphere. It’s the perfect place to hit up when you want to load up on hunger-banishing, booze-soaking carbs, but also want to feel a leetle beet fancy. Build your own tortillas with platters of crispy duck, short rib and stuffed chillis to share (coming in at under a tenner each if there’s four of you), and don’t skip the corn cake for dessert, served with roasted corn cake ice cream.

If you’re drinking, you’ll also discover a serious tequila & mezcal menu to study, including two house batches available by the carafe. Order one for the table while you eat, or head downstairs to the basement bar after you’ve paid up for margaritas and a DJ soundtrack.

Glasses emptied, head back down Sherwood Street, swing a left along Denman Street, cross the road onto Great Windmill Street, take a left at the horse fountain onto Coventry Street and head into…
– 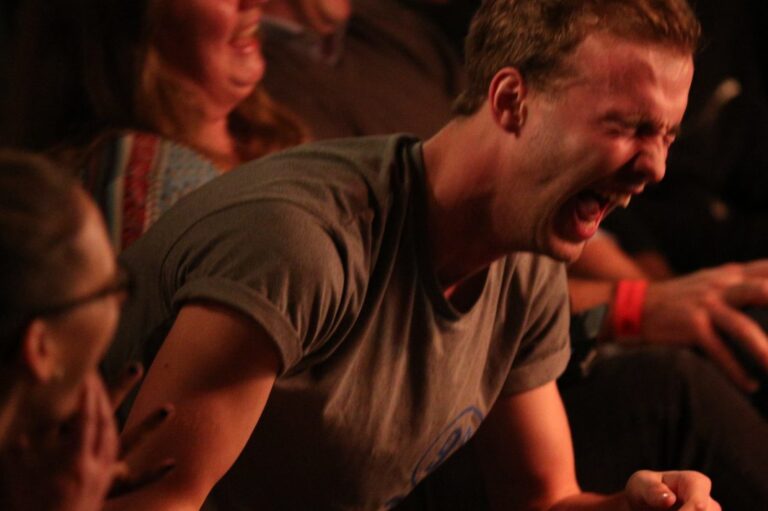 You’ll always have a good night in store here. Look at this guy. You too could be having this much fun! Unless he’s a plant, of course. But this comedy club only ever puts legitimately hilarious people on stage (including your friends, when you inevitably volunteer them for some ‘audience participation’). Thursday – Saturday nights are dedicated to ‘The Best in Stand-Up’, when they pull together line-ups of four or five top-tier comedians for your entertainment, and there are, as it happens, discounted four-pint pitchers of beer available to pre-order with your tickets.

Sides repaired after humour-induced splitting, up sticks and head along Chinatown’s Rupert Street. Take a right onto Shaftesbury Avenue, and then left up Greek Street until you catch sight of…
– 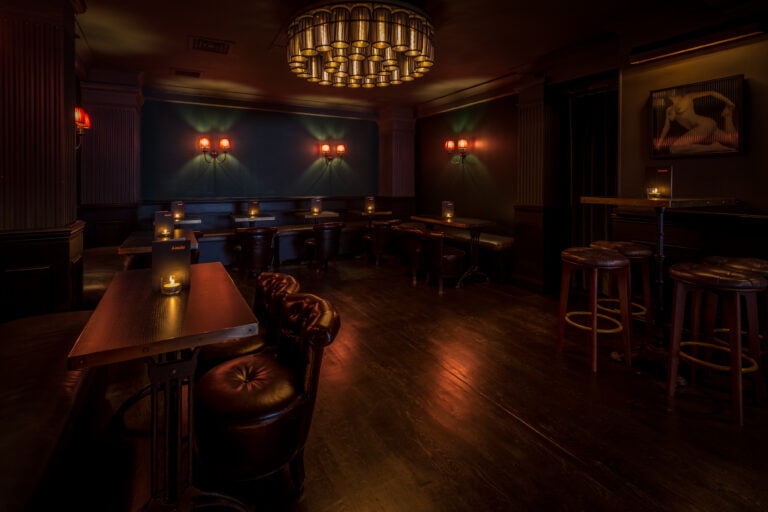 Despite being a relatively recent addition, from the outside Louche looks like it’s been here since the 80s. And that’s precisely the intention — because this low-lit bar is all about old-school Soho. The walls are lined with news clippings and local characters. There’s live entertainment every night, from jazz to burlesque. And the cocktails are quite something, with signature serves like the Loverboy, mixing whisky aged in rum casks with salted caramel, bitters and honeycomb. Open from 5pm, the late license means that the dancefloor stays busy till 2.30am on weekends…


Want to explore the area beforehand? Check out the Best Things To Do in Soho…