NOTE: These markets are no longer running – but you can find other great London food markets here.

Nominative determinism has, to its credit, had some victories over the years. But we’re glad to report that London street food mogul KERB isn’t one of them.

Because far from curbing its enthusiasm, the roving marketplace is about to spring up in two new spots at London’s north and south poles. They’re going to go under the new moniker of KERB X, because a) it sounds cool, and b) it duly highlights the not insignificant fact that these are collaborative markets that team up with local shops, traders and makers to create what is essentially the archetype of the ultimate Saturday market.

Here’s what they’re laying down.
– 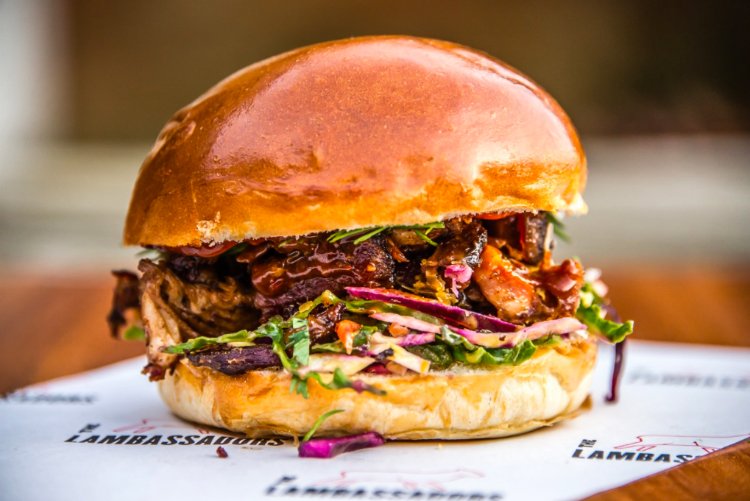 As anyone who’s passed through the area will know, Crouch End is home to one of the city’s more architecturally blessed municipal buildings, Hornsey Town Hall. The Grade II listed, art deco structure was made redundant when the council merged with Haringey, and besides the odd stint as a secret supperclub setting and Secret Cinema location, it’s been largely left empty for the past 20 years. Now, it’s being redeveloped as a huge arts complex, complete with its own cinema and rooftop bar – and KERB are at the forefront of its new lease of life.

Taking over the green outside the hall, they’ll be bussing in a regularly rotating set of traders from their 100-strong ensemble, kicking off this weekend with the likes of Filipino smokehouse BBQ Dreamz; NYC-inspired vegan bagel deli, Vegals; and pizzas slung from Born & Raised’s converted Land Rover. And while you’re tucking into your street food, you’ll be able to peruse the other stalls of fresh produce, artisan creations and local crafts, all to the backdrop of an iconic building. 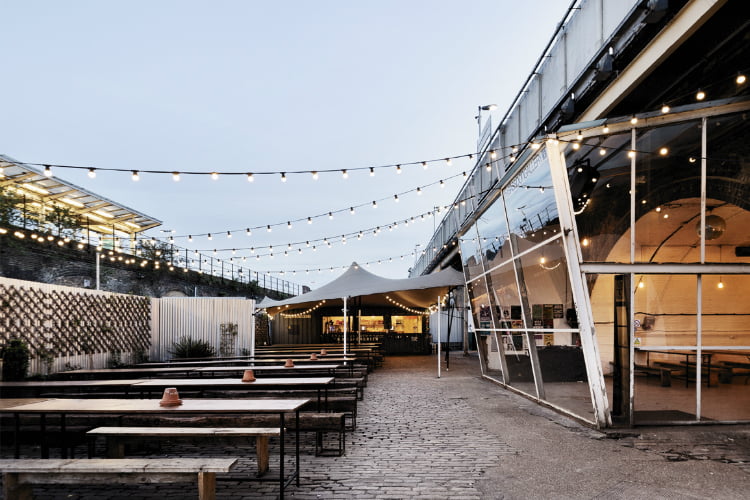 The Peckham offering is set in a very different, but equally iconic part of the local area. Nestling into the arches beneath Peckham Rye railway, the market here will be a huge, sprawling affair thanks to collaborations with its well-established, independent neighbours; Little Bird Gin, Brick Brewery, Bar Story and Peckham Springs. Every Saturday, they’ll be flinging open their doors alongside the KERB traders (like The Lambassadors and Club Mexicana) for a veritable cornucopia of offerings, from hot food, third-wave coffee, and craft beer from the Brick Brewery taproom; to bric-a-brac, homewares, and craft stalls. There’s even set to be regular drinks offers at art gallery-slash-bar, Peckham Springs…

…Or so a Little Bird told us.

NOTE: These markets are no longer running – but you can find other great London food markets here.