Up until 1970, the now-famous back room in the King’s Head was home to a boxing ring. Today that room is a theatre, where proverbial blood is spilt across its floorboards all in the name of culture.

If you aren’t much of a thespian, and any mention of ‘theatre’ gives you flashbacks to skim-reading Hamlet on SparkNotes, The King’s Head will be where you break the curse. Joint CEOs Hannah Price (a director who’s also worked on VR and BAFTA-winning video games) and playwright Mark Ravenhill have blended the modern with the traditional to solidify the King’s Head as a home for fringe theatre — that’s just normal theatre, but edgier. Showcasing both visiting shows and in-house productions, as well as comedy and scratch nights, it comes with a level of quality assurance, and tickets start at just a tenner. 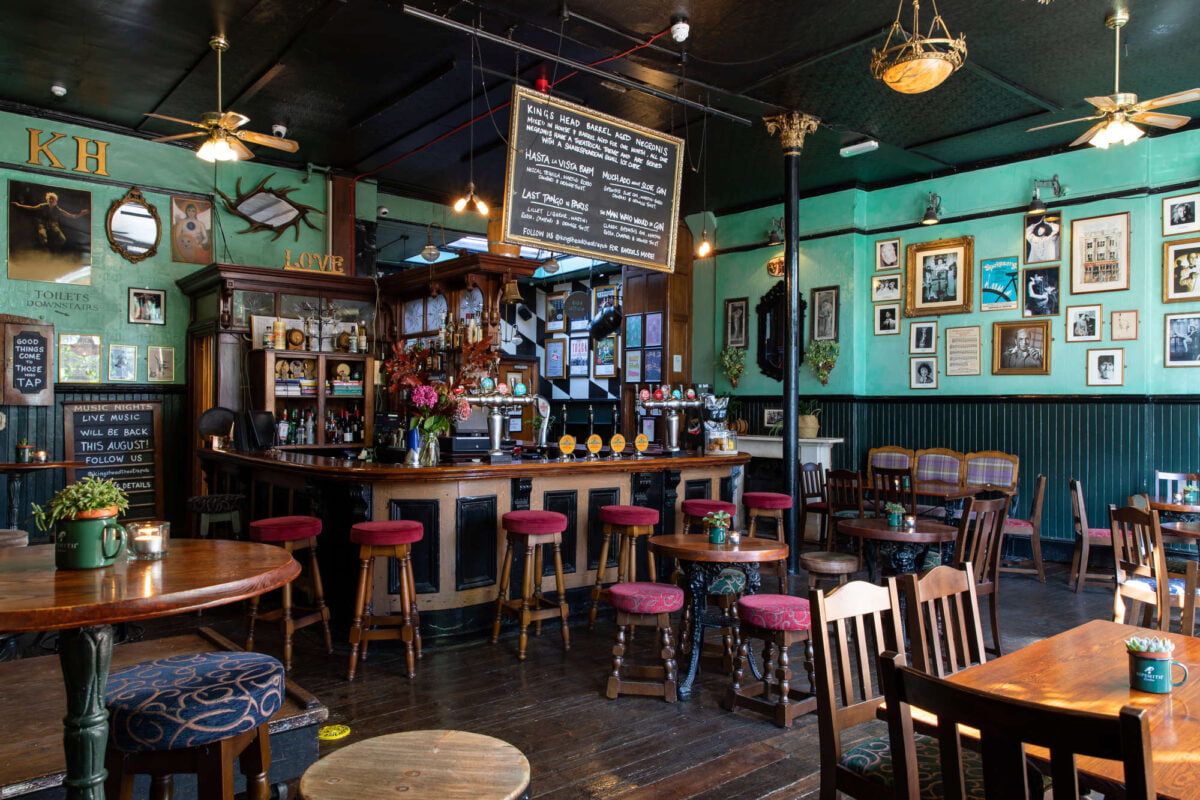 Being such hallowed turf, there’s a special kind of buzz around the King’s Head. On entering, you’ll feel like you’ve taken an uncanny step back into the open-firelit ambience of the 1970s. The pub took payment in pounds, shillings and pence up until 2008, and the pre-decimal tills — along with the coal fires and weathered photos of acting titans past and present — combine to offer an old-school, bohemian refuge.

The drinks list, however, is thoroughly modern, featuring craft beers and an impressive, easily navigable wine list — but the Campari-soaked cherries on top are the six Negroni variations to choose from.

Food comes in the form of sharing dishes ideal for a quick bite before a show. Want something that adds a touch of Mediterranean flair to the timelessness of the English countryside? Try the Vaudeville Board boasting salt & pepper salami, Dorset Coppa and Nantwich mature cheddar cheese. Or what about the posh party favourite, camembert? Yeah, they’ve got that too, and it’s baked, and it’s from Somerset.

Indeed, it’s common knowledge that when cheese gets hot it melts, and when cheese melts it tastes very good. Add smoked bacon, and a dollop of garden chutney to the mix, and you’ve got a gooey masterpiece. The King’s Head has made this their speciality.

Get down to the King’s Head — if not for the iconic history, the fringe theatre or the booze, then definitely for the toasties.

NOTE: The King’s Head pub is open daily. You can find out what’s on at the theatre, and book tickets, right HERE.

Exploring the neighbourhood? Check out these other great things to do in Islington.