La Clique’s Back For The Festive Season

Award-winning circus & cabaret extravaganza La Clique has returned to the little Big Top temporarily installed within the heart of Leicester Square for the festive season.

And while, for those who have been going to the show for many years, it may never quite return to the dizzying heights that it reached in the early days with La Clique legends like Captain Frodo & The English Gents, the show nevertheless remains – as it is almost every year – exciting, awkward, fun, scary, nauseating, shocking, hilarious and beautiful.

So, in short, it’s 100% worth exchanging real life for over a couple of hours this winter. 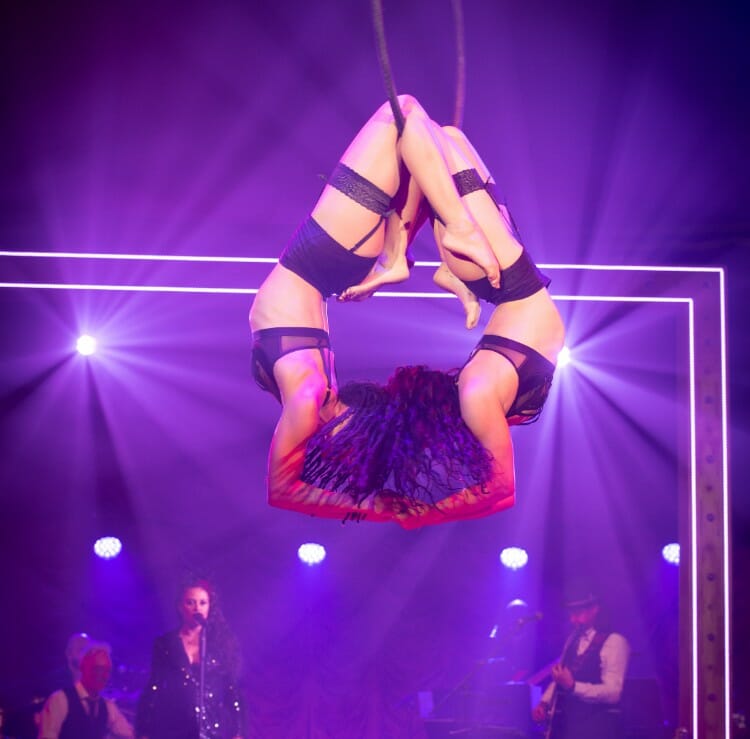 Describing itself as “an inspired melange of cabaret, new burlesque, circus and contemporary vaudeville”, La Clique’s a raucous, risqué and fun-filled night compèred by Bernie Dieter (whom you’ll be justifiably nervous of, wherever you’re sitting) and featuring, amongst others, a debonaire juggler; a tattooed, sword-swallowing fire-eater; and a lady who swings around the famous spiegeltent while hanging by her hair. Though the show’s split up in a slightly odd way  – with the far shorter second half feeling, in truth, a little unnecessary – it’s still a genuinely fun-filled night out.

But only sit at the front if you want to get wet.

Note: La Clique is running inside The Spiegeltent (as part of the Christmas At Leicester Square) celebrations until 4th January 2020 – you can secure tickets HERE.

La Clique’s Back For The Festive Season