Sail Across The Thames Following A Musical Laser Beam

If you had “follow a laser beam across the Thames carrying the sound of a 1,000 year-long song written by The Pogues’ banjo player” on your London Art Installations bingo card, then congratulations.

Because later this month, you can do exactly that.

Just to unpack that slightly surreal sentence, this is Sonic Ray. It’s an art installation set up over at Trinity Buoy Wharf Lighthouse on the Thames. There, a musician named Jen Finer (one of the founding members of The Pogues, and co-writer of Fairytale of New York) has set up a highly ambitious musical project called Longplayer. It’s basically a song that will play for a millennium – barring any nuclear wars and whatnot – without ever repeating itself. It started at the stroke of midnight on December 31st 1999, and there are even apps you can use to listen to it as it plays right now. 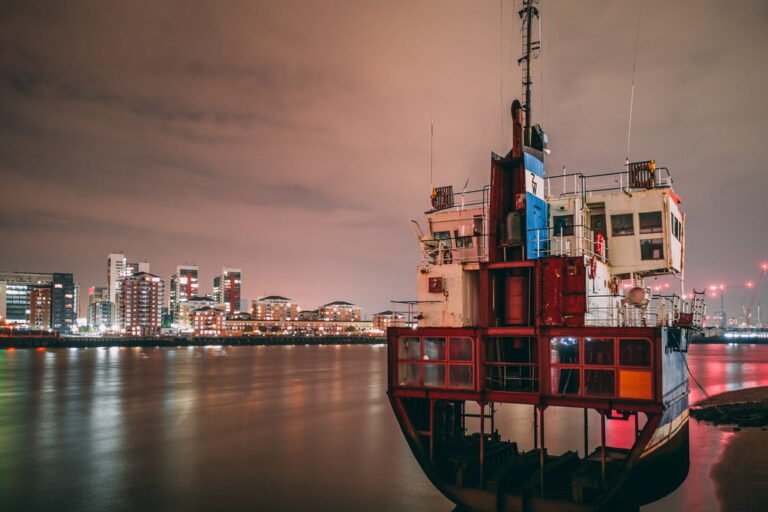 For this particular show, you’ll get to jump aboard a boat, and ride across the river underneath a piercing green laser beam which is “carrying the sound” of the song to the other side. Quite how is not entirely clear, but we’ll have to trust them on that. At its destination on the far bank of the river is another slightly brain-pretzeling installation from sculptor Richard Wilson: a clean, 9 meter-wide vertical slice of a vast ocean-going sand dredging ship. It’s called ‘A Slice of Reality’.

How the show turns out remains to be seen, but at the very least it’ll be an interesting experience. You jump aboard at either side of the river – either at the lighthouse or the ship-wafer on the Greenwich Peninsula – and you’ll be returned to wherever you started at the end of the whole thing. The show, that is.

Like art? Of course you do. So here are the best exhibitions on in London…