2) As a festival taking place in King’s Cross later this year.

And trust us when we say, if you miss out on the latter, you’ll likely get the former. Because this particular festival is going to have some of the country’s finest minds doing their damnedest to make you happier, healthier, and basically make sure you live up to all your better hashtags.

As we mentioned, it’s all happening in King’s Cross, taking over venues across the neighbourhood for a weekend stuffed with talks, debates, classes, activities, workshops, podcasts, and all kinds of other goodness. The ice cream in this sundae is obviously the lineup of speakers, so we’ll start there. You can expect 60 talks (!) in total, including words from: 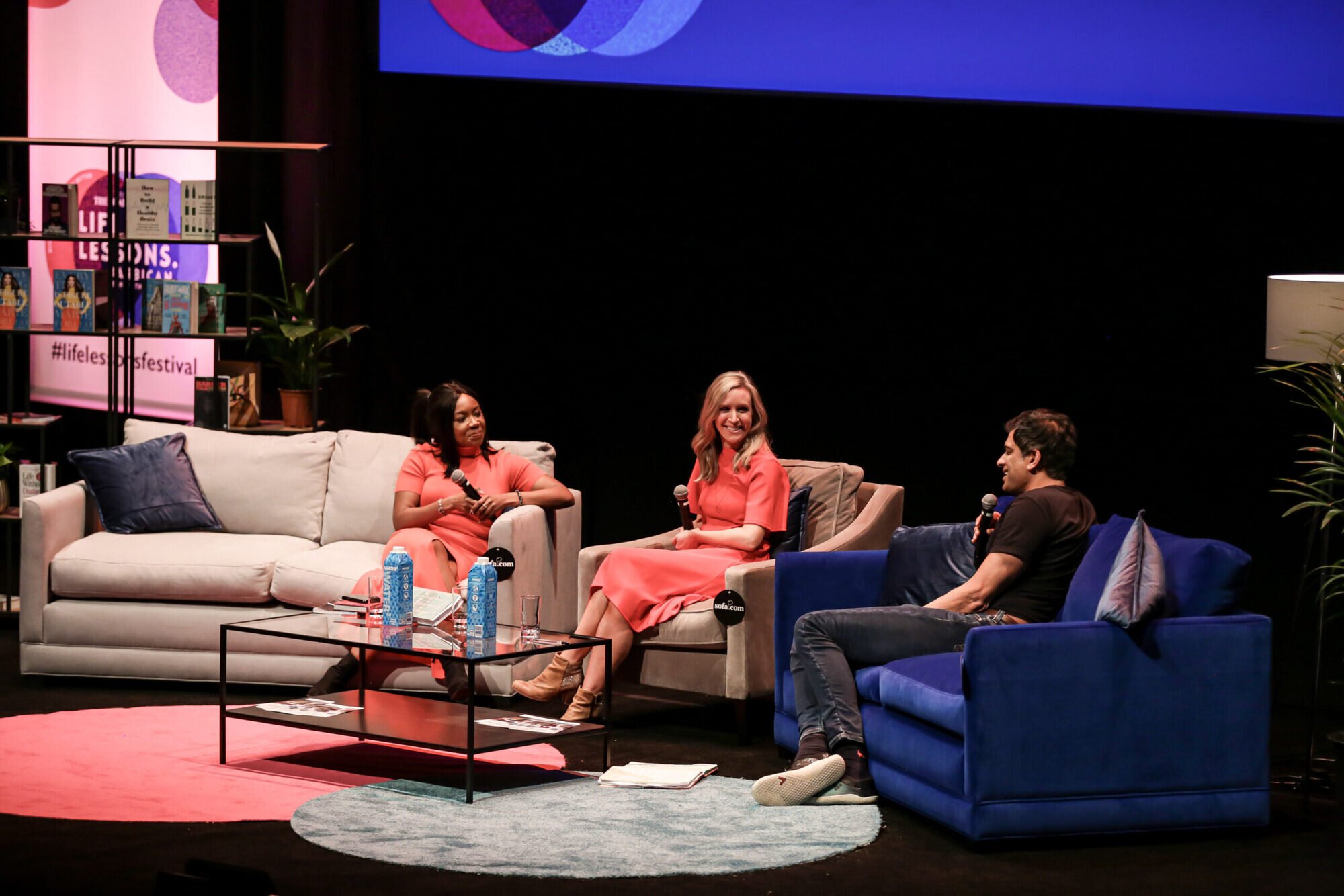 Louis Theroux – not many people know the ins-and-outs of the human condition more intimately than this guy.

Anya Hindmarch CBE – an award-winning businesswoman who manages to make high luxe sustainable, creative, and quite cool to boot.

Caitlin Moran – Caitlin was writing high-level journalism since she was 15. She’s now 47, and you’ll be stunned to learn that she’s got quite a lot of valuable stuff to say.

Rankin – Yes, it’s just Rankin. He’s like Cher. Only he’s also one of the country’s edgiest (in a good way) photographers, directors, and ad men.

Jay Blades MBE – apart from having the coolest name in the lineup, Jay Blades might also be the hottest name too, thanks to his stint as the presenter of everyone’s favourite new show, The Repair Shop.

And that’s all dipping just a mere toe in the intellectually stimulating water that floods this festival. There are quite literally dozens upon dozens of other speakers of a similar caliber to those, spanning poets, playwrights, supermodels, chefs, sex coaches, and two – yes two – breathing experts. And then there are the other activities. You know, like the now-mandatory immersive experiences dotted throughout the venues (including the Sensory Slowdown, which was apparently created by a neuroscientist), or the creative art installations across the festival site (there’ll be a ‘digital gallery’ which is like a normal gallery, but cooler), or the many, many expert-led workshops that will be on offer.

Basically, there’s way too much going on to talk about it all here, and we’ve probably bitten off more than we can chew by even trying…

…maybe there’s a lesson in there?