When the word ‘hootenanny’ was first popularised in 1930s America, it was very nearly ‘wingdings’ instead.

Which is lucky, because it would be much harder to read a wingdings article.

This particular hootenanny is going to be a colossal live music event taking place in a travelling big top in central London, with over 120 singers and musicians coming together to assault your senses with one of their unique ‘wall of sound’ gigs.

If you haven’t yet heard of We Are Sound, they are… well, exactly what they claim to be. Described as a “harmonic phenomenon”, they’re a wildly talented collective who perform orchestral and vocal renditions of some of the most iconic songs of the 21st century. And in November, they’ll be filling a 600-capacity pop up tent, festival-style, with their unique sound. 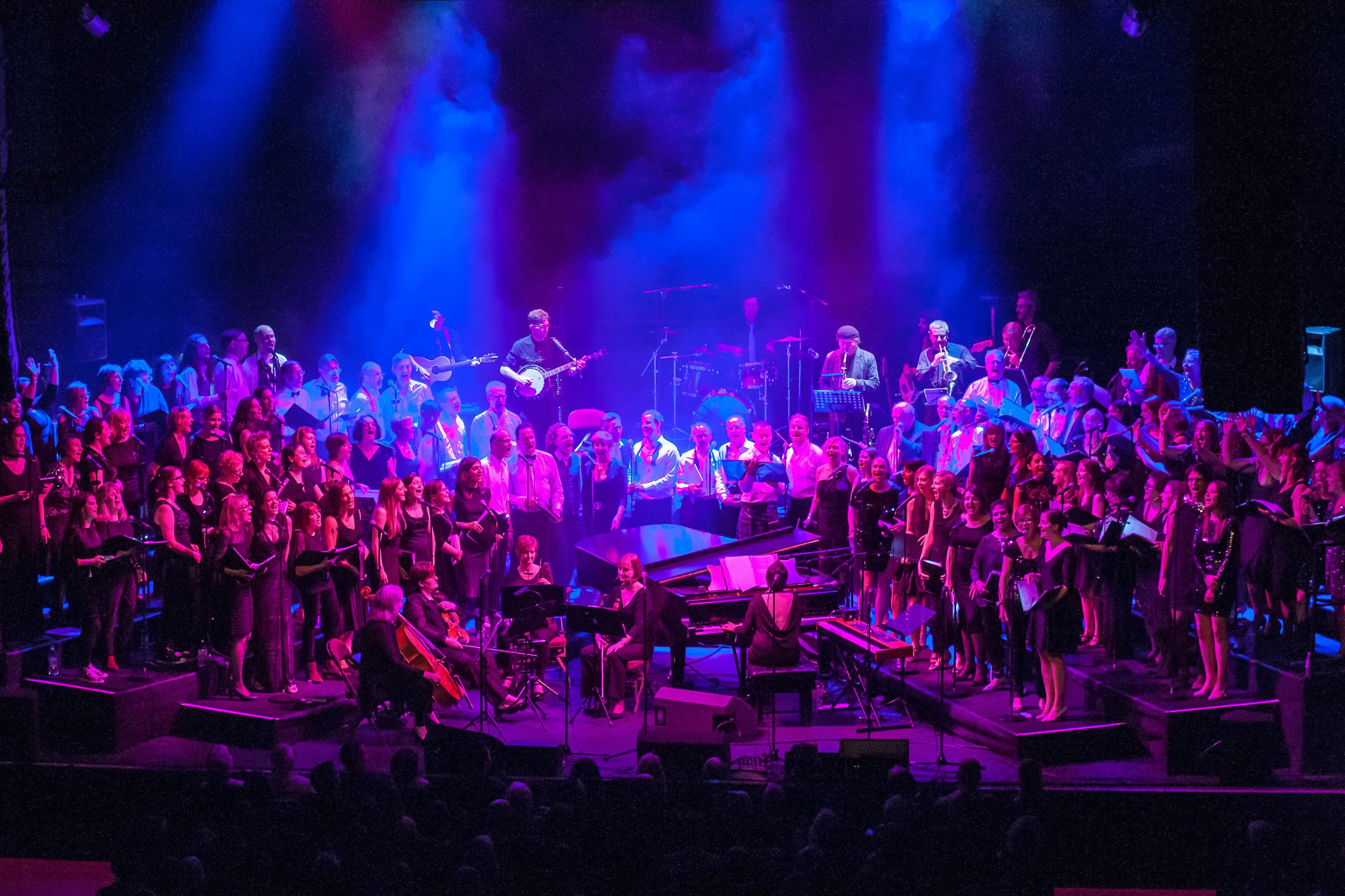 Over the course of two and a half vividly illuminated hours, you can expect them to perform numbers by the likes of Basement Jaxx, Bombay Bicycle Club, Sigrid, Tom Odell, Billie Eilish and Mumford & Sons – but like you’ve never heard them before.

And the best part? The tickets aren’t crazy expensive, and they’ll even go towards supporting two charities – Coram’s Fields (a children’s charity), and The Dosoco Foundation (who give grants to those using music for social and community benefit).