At least I think that’s what you asked – having a hard time hearing you over the roar of this joyous crowd belting out the lyrics to some of the best songs ever written alongside an extremely charismatic and wildly attractive rock band performing on stage between pyrotechnics and gigantic projections of the lyrics in a sort of euphoric, mass-bonding musical experience that can best be described as the literal opposite of everything your life has been for the past 18 months.

So yeah, it’s that. Mass karaoke. And on the 10th of September, the long haired party people behind this noble enterprise will be kicking off a season of monthly sing-a-long gigs at the Electric Ballroom in Camden with a massive, all-out launch party. 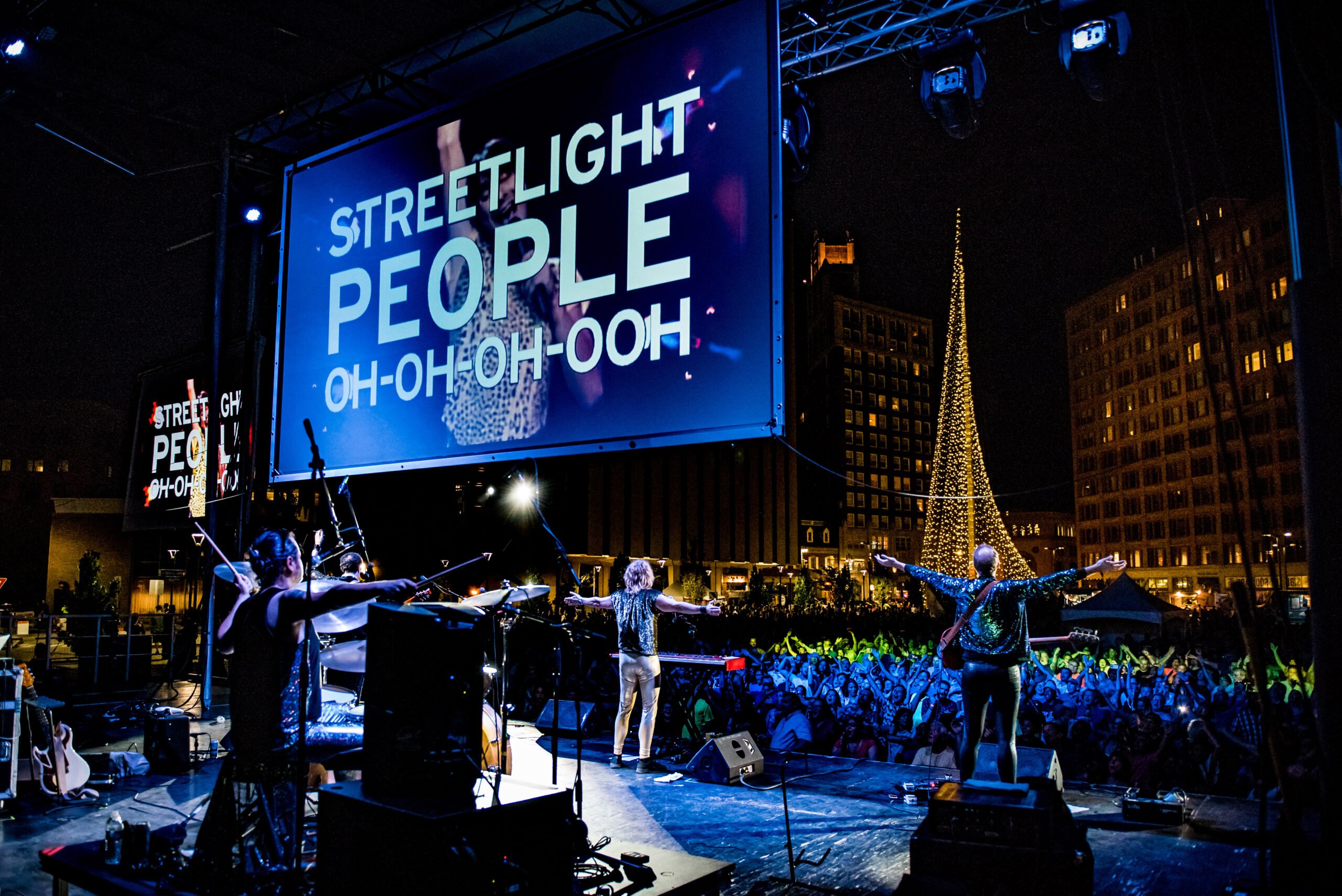 The band that’ll be encouraging you to stretch your lungs and vocal chords beyond their usual capabilities is called Rockstar Weekend, a quartet of high-energy, highly talented, sequins-and-spandex-clad performers, each with their own distinct stage personalities. They’ve been doing this for a long time, and they’ve become very good at what they do. They even appeared in a big-time supermarket ad during the Olympics, so they’re actually like sort of almost kind of famous.

But the real stars of the show are the music… and you.

The songs that we’re all looking forward to hearing you perform (alongside hundreds of other people) include hits by Queen, Blink 182, Call Me Maybe, Frozen, Nirvana, Zeppelin, ABBA, Bowie, Madonna, The Killers and more. Basically if it’s a tune that you’re legally required to sing along to in the shower, in the car, or at a wedding then they’ll be playing it. And with the help of a few mashups and mega mixes, they’re going to run through more hits than you would think reasonably possible plus you’ll get to enjoy a few face-melting guitar solos; giant confetti cannons blasting at the absolute high points of the revelry; vibrantly colourful LED drums, and – as we mentioned – gigantic screens projecting the lyrics out for you to follow along to.

As if you don’t know them already.

NOTE: Tickets to Massaoke at The Electric Ballroom on 10th September 2021 cost £15. You can find out more & book tickets here.

ALSO NOTE: Nudge Members get entry (for the regular ticket price) to Massaoke featuring Rockstar Weekend at The Electric Ballroom in Camden – including access to a VIP area with a complimentary glass of prosecco and an aftershow meet n’ greet with the band. Booking info & link in the members’ box at the top of this article.

Like doing fun things? Well, we’ve got a few more where that came from…

Massaoke at The Electric Ballroom