NOTE: Model Market has sadly now closed permanently. Time to hit one of these other great food markets in London…

Of all the reasons for wanting to take advantage of London’s amazing street food scene, the possibility of developing Ageusia – the loss or impairment of one’s sense of taste – is probably quite high up your list.

Because while there are obviously lots of reasons for wanting to enjoy as many of London’s street food offerings as possible, knowing that one day you literally might not be able to is clearly the best one. Frustratingly, however, the dizzying array of options scattered across London can often make it hard to know what’s good and what’s not, meaning that the simplest choice can often be to just ignore them all and head to Starbucks instead.

Which is where Model Market comes in. 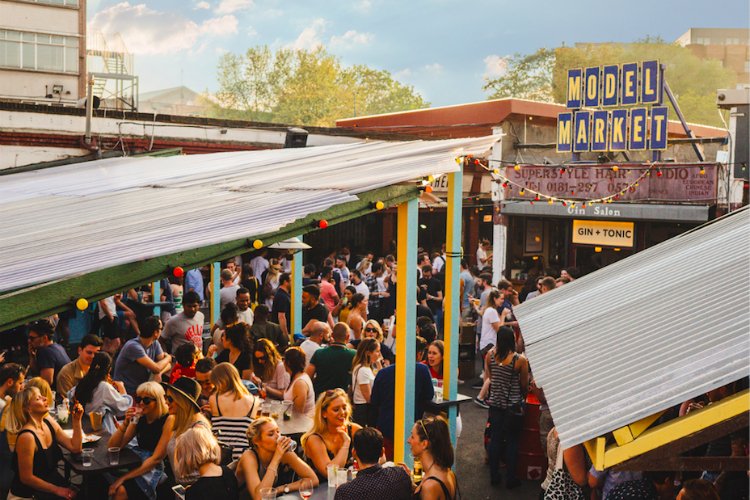 Another bustling creation from the team behind Street Feast – a group adept at making everything easier for everyone by handpicking the best street food vendors and putting them all in one place, like Hawker House – it’s a street food night market housed in an old 1950s marketplace just off Lewisham High Street which, by virtue of being partly indoors (for when it rains) and partly outdoors (for when it doesn’t), is the perfect place to spend summer in London.

Over those warmer months, it runs every Thursday-Sunday evening (evenings during the week, and from 1pm on weekends). Traders this year include Zephyr Burgers, Wandercrust pizzas, frozen custard desserts by Secret Nicky’s, Krapow’s powpow fish sauce wings from Northern Thailand, and a Phung Kay Vegan’s meat-free Chinese dishes. 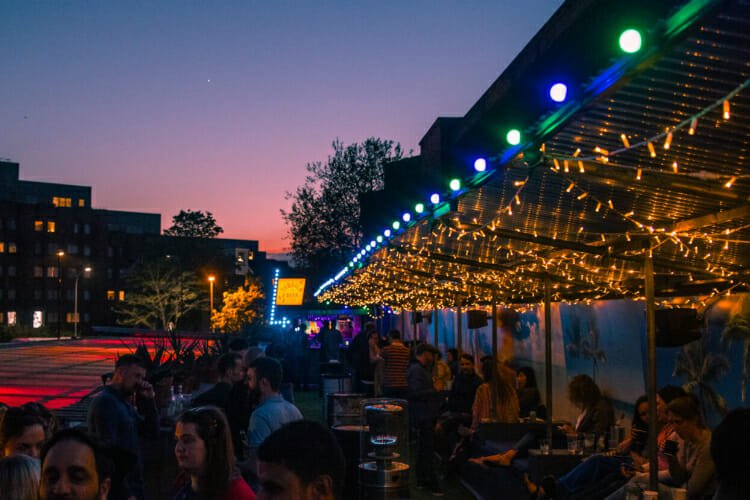 Beyond that, you’ll also find a wood-panelled rum shack; DJs all night; a gin salon; ‘festival-sized’ (read: large) cocktails; a wine bar in an old record shop; a craft beer den; and a rooftop cocktail bar…

We say no more.

NOTE: Model Market has sadly now closed permanently. Time to hit one of these other great food markets in London…