Looking for somewhere to drop anchor for the day?

Inside you’ll find nine permanent exhibitions which run chronologically from 1600 right up until the present day.

‘The Introductory Gallery’ talks about the history of the building and the docks; ‘Trade Expansion’ covers the time period from 1600-1800 where merchants, sailors and pirates transformed London’s ports; ‘London, Sugar and Slavery’ talks about how the sugar trade shaped London and interconnections with the slave trade; after that, ‘City and River’, which covers 1800-1840 and discusses London’s vast new docks. 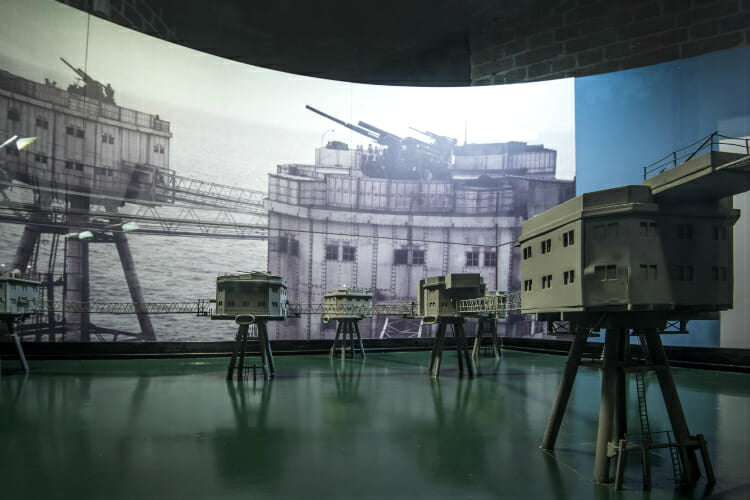 At roughly halfway through, it’s probably time for a pit stop – luckily Rum and Sugar, the Caribbean-inspired restaurant, is on hand to fuel you for the next part of the journey, with salt fish croquettes, jerk chicken and coconut breaded pork escalope.

Get back at it and visit ‘Sailortown’ which replicates a street from the district in 1840-1850; ‘First Port of Empire’ which talks about London as the hub of the empire from 1840-1880; ‘Warehouse of the World’ covers 1880-1939 when London was the world’s busiest port; before ‘Docklands at War’ – the story of how the docks were heavily targeted in WWII; and finally ‘New City, New Port’ which runs from 1945-present day and goes through the decline, regeneration and reinvention of the area. After which…

…you’ll be setting coordinates for home.

NOTE: The Museum of London Docklands is open daily from 10-6pm, and is free to enter. For more information, visit their website here.

Incidentally, Rum and Sugar made its way onto our ‘best bars in Canary Wharf’ list, which you can check out here.