And to honour the occasion, we’re making you aware of the National Burger Day Party taking place this Friday, 27th August. It’s all going down at Vinegar Yard in London Bridge, where you’ll be able to eat precisely one metric f**k-ton of the best burgers in the city on their sun-soaked mezzanine terrace. Speaking of which, the weather is currently set to be nothing less than gorgeous. 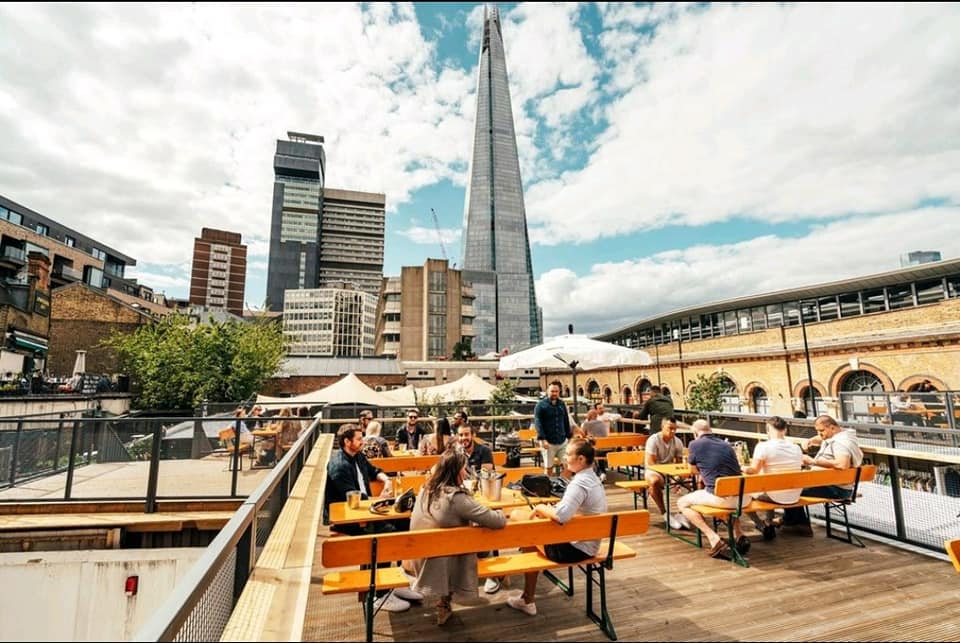 So just what is National Burger Day? Well, it’s a good excuse for events like this, basically. It was invented by an American ex-pat who apparently loves both burgers & stereotypes, and it’s been running for seven years now. At this particular party, the organisers have gathered a pretty impressive lineup of bun-slingers to feed you with their wares (don’t worry, everything is slider-sized, so you can try pretty much all of them). On the roster you’ll find:

Tickets are priced at just £12 and include a couple of complimentary cans of Two Tribes lager or ale (or soft drinks), and of course there’s plenty more to get from the venue’s two bars. And while you’re there, you can always check out some Mad Max-inspired art in their sculpture workshop, or get a quick pick-me-up from the Gentlemen Baristas. Because let’s face it, after all those burgers…

…you will need picking up.

Like the sound of Vinegar Yard? Check out Flat Iron Square…