A Conservatory Filled With Thousands of Orchids

There are an estimated 28,000 different species of orchid in the world.

Which, for a little context, is four times the number of mammal species.

And while you won’t see quite all of them at Kew Gardens’ new floral festival, they’ve done a pretty good job of amassing as many as possible to create a breathtaking miniature rainforest in their Princess of Wales Conservatory.

Each year the festival takes a different country as its inspiration, and for 2022 it’s the turn of Costa Rica – the Central American country that covers just 0.03% of the planet, and yet contains over 6% of ALL the planet’s flora & fauna species. That’s – checking maths – a lot. In fact, it makes Costa Rica one of the most biodiverse places on earth, and no small part of that is their native orchid species. 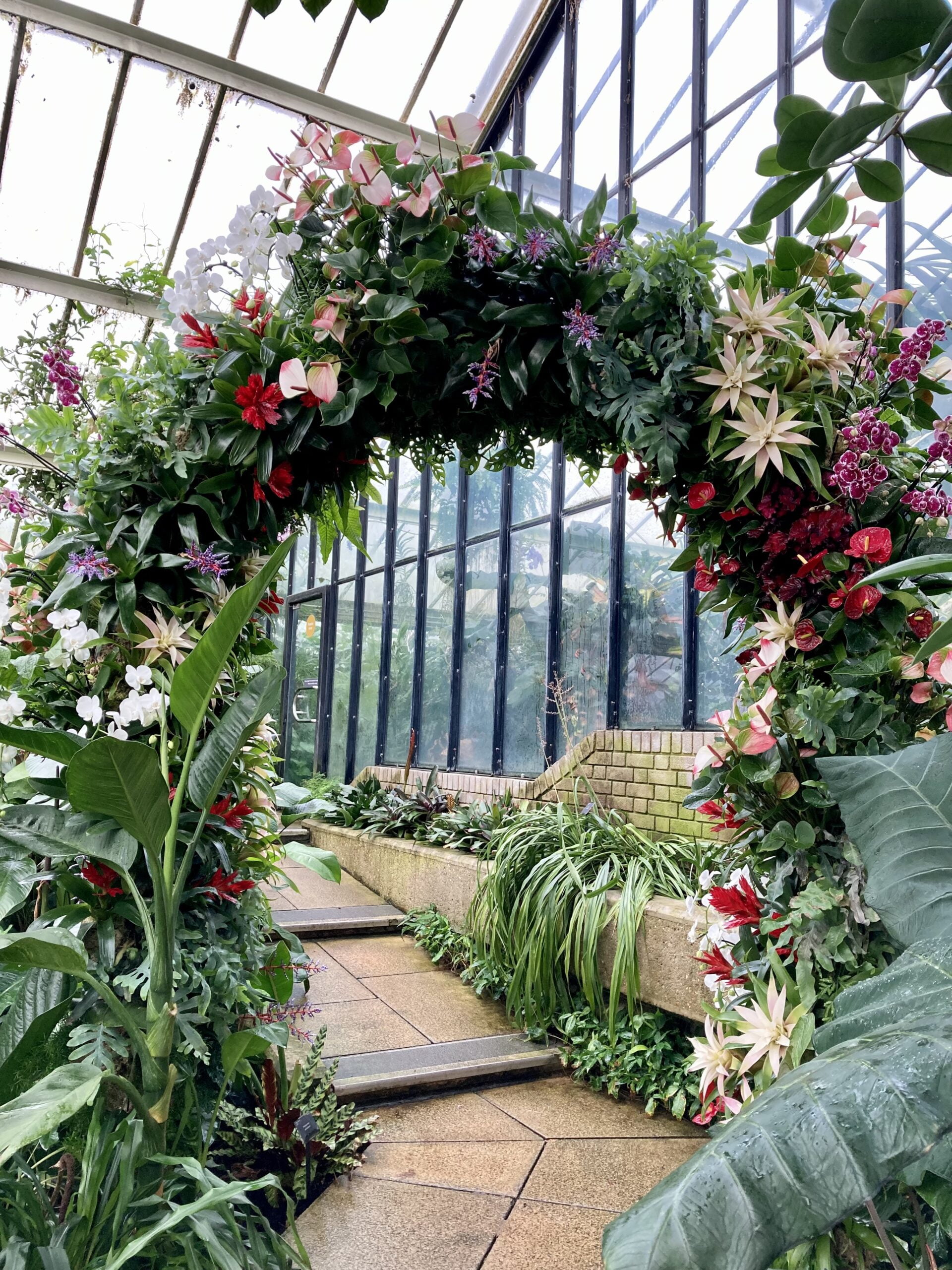 It’s taken about a month of intensive cultivation at Kew to get them to flower at the same time, and the results are beautiful. You’ll see them woven into arches you can walk beneath; wrapped around huge columns supporting the conservatory’s glass ceiling; and sculpted into floating spheres; bouquets and even a giant rising sun.

Dotted amongst the flowers, you’ll also spot Costa Rican animals modelled out of moss and greenery; traditional boruca masks and carreta oxcarts; and colourful, specially commissioned artwork by the artist Dino Urpí. It all combines to create the perfect, vibrant antidote to London’s drizzly grey skies.

On weekends throughout February, they’ll also be holding Lates where you can explore the conservatory after hours. There’ll be cocktails, street food, live music from Diáspora, and a chance to soak up those magnificent flowery displays…

…in a different light.

NOTE: Orchids at Kew runs from 5th February – 6th March. Tickets are included with entry to the gardens, which is £18. You can find out more, and book, HERE.