Oscar® Week At The Barbican

Please note the competition previously contained within this article has now closed and the winner has been notified.

They’re not just for people in La La Land.

In fact, the Barbican Centre‘s cinema team have decided to gift Londoners almost as tasty a bite of the awards season cherry as the good people of Hollywood are hoping to enjoy. Yes they’re rolling out the red carpet, rolling themselves into their smartest attire, and throwing open the doors to their beautifully intimate cinemas for a show-stopping week of screenings entirely devoted to 2018’s Oscar-nominated films.

Between the 2nd and 8th of March you’ll be able to catch screenings of a clutch of potential winners… including the stunning directorial debut from Jordan Peele, Get Out; film festival favourite Lady Bird; surreal foreign-language nom, The Square; Daniel Day Lewis’ final screen appearance in Phantom Thread, annnd the latest from director Guillermo del Toro, in which a cleaning lady falls in love with an amphibian man (scoring an almost record-breaking 13 noms in the process) – plus Darkest Hour; Call Me By Your Name; The Post; Dunkirk; Three Billboards Outside Ebbing, Missouri; and a marathon screening of this year’s nominated shorts. 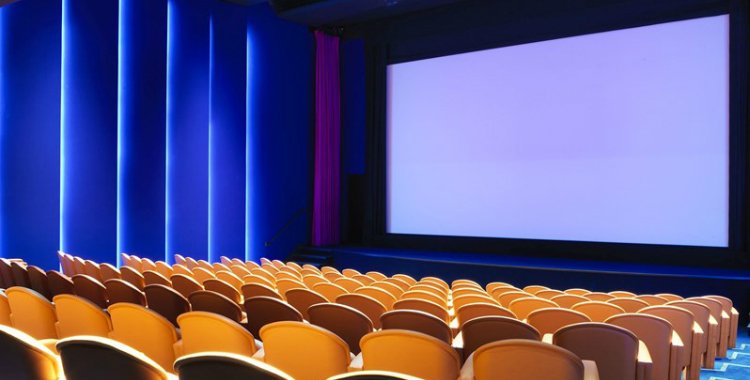 But if all that’s not enough to quench your insatiable thirst for everything Oscar-related, our friends at the Barbican are also offering one lucky Nudge reader the chance to win a pair of tickets to any film being shown as part of Oscar Week at The Barbican PLUS two tickets to attend London’s official, all-night, Oscars screening party at The Ham Yard Hotel*. Throwing on your gladrags for the evening, you’ll join invitees of The Academy to sip on exceptional cocktails poured up by the barkeeps of the hotel’s Dive Bar (which, in addition to being as stylish as the rest of the hotel, also boasts what is unequivocally the fanciest orange-juicing machine you’ll ever see), before taking your seats in their beautifully-lit private screening room for the ceremony. Here, they’ll be live-streaming the whole 7-hour epic, from red carpet interviews to the announcements themselves, while you pep yourself up with nibbles and espresso martinis to get you through until 5am.

Because after all, the best things are done…

NOTE: The Barbican’s Oscar Week runs from 2nd – 8th March 2018, with tickets costing from £6-£12. You can book and find out more on their dedicated event page HERE; and you can enter our competition to win tickets to the Oscar live screening at the Ham Yard Hotel (plus tickets to attend any film being shown at The Barbican during Oscar Week) on this page in the box below.

Terms: *You must be 18 years old + to enter; you and your guest must be 18+ years old to attend the live Oscar screening party at the Ham Yard Hotel; the pair of tickets to see any film at The Barbican as part of Oscar Week does not include either the Members screening of the Square, or the Young Barbican Surprise Screening; the competition closes at noon on Friday 23rd February 2018; and the winner will be notified by email on Monday 26th February 2018.

Oscar Week At The Barbican