Outdoor Cinema at The Barbican

The Barbican’s holding a week-long festival of cinema this summer.

We’re calling it The Barbi-Cannes.  (To be clear, no one else is).

And much like at the film festival in the South of France, we’re sure that you’ll be able to experience that balmy riviera climate at The Barbi-Cannes, too… because A) They’re going to be screening everything outdoors, and B) We’re unrelenting optimists around here…. except when things are going badly. Which is always.

Anyhoo it’s taking place towards the end of August, and – should the Weather Gods smile upon us, which they will – the Barbican will be setting up the pop up cinema in their atmospheric Sculpture Court, against a backdrop of the City skyline and the arts complex’s iconic brutalist buildings.

As you’d expect from the Barbican, however – and this is the best bit about the whole thing – the film roster is showing something a little different to your typical outdoor cinema line-up of Dirty Dancing and The Greatest Showman singalongs (there is a time and place for that, though… and those times and places are here). No, here the week starts off with a screening of Pina, Wim Wenders’ acclaimed documentary paying tribute to the legendary choreographer Pina Bausch. Bausch died unexpectedly during the documentary’s production, but her students apparently begged Wenders to continue. The film shows her experimental, modernist dance-theatre at its best, with extracts from The Rite of Spring, performed on a stage covered in soil, and Café Müller, in which performers dance with their eyes closed. 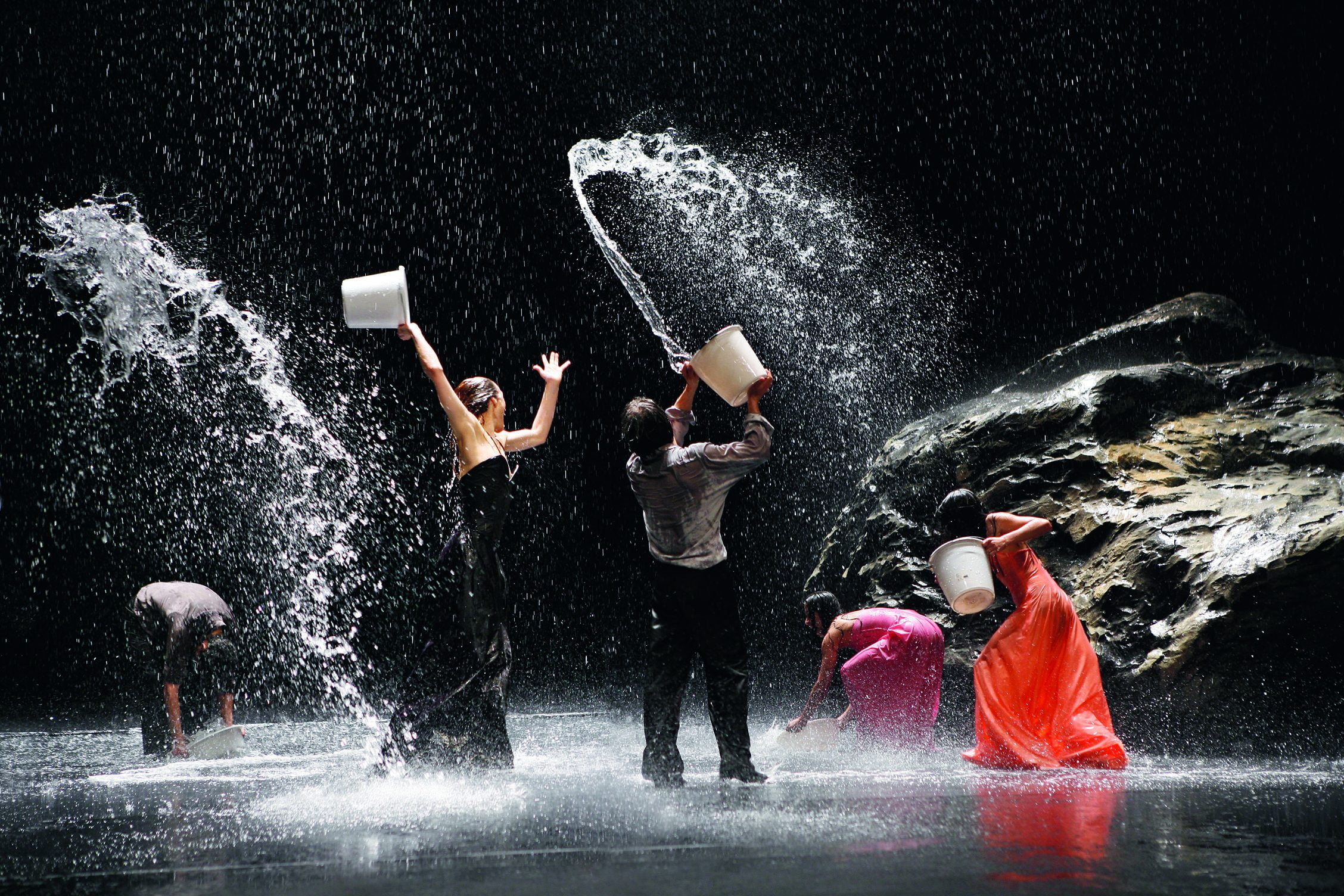 Up next is a double-bill of short films soundtracked by Floating Points; one fusing an enormous painting with the album Promises, the other a hypnotic vignette of the Mojave Desert. And after watching all those cacti, you’ll be able to see some in the flesh with a post-film stroll around the Barbican’s conservatory.

Thursday’s Instructions for the Future is a curated evening of artist films and audio pieces exploring ‘the complex relationship between ecology, futurism and ecofeminism’, and is followed by Friday’s screening of Orlando, adapted from the Virginia Woolf novel and starring Tilda Swinton as a time-travelling, gender-switching aristocrat. The week’s then rounded off with a couple of ’50s cinematic classics; Hitchcock’s haunting psychological thriller, Vertigo, and Summertime, an ‘overlooked masterpiece’ by Brief Encounter director David Lean.

They’ll be keeping the conservatory open late all week, where you can grab drinks and snacks to go with the film – but you are encouraged to BYOB (bring your own blanket). They have, however, explicitly stated that pet pigs and ferrets will not be admitted….

So you can give Ferrets Bueller a day off.

NOTE: The Barbican Outdoor Cinema runs between 24th-29th August. Tickets cost £15, and can be booked right HERE. Please note that seating is unallocated, so you may want to get there early.

Like outdoor film screenings? Check out every flick going on this summer.

Outdoor Cinema at The Barbican