We’re waiting outside a 1920s cabaret bar hidden above a restaurant in Camden Market.

Inside, there’s the dulcet tones of a live singer; the clink of glasses and the raucous chatter of a crowd dressed in their finest, having a damn good time.

And we’re about to go and start a fight.

Peaky Blinders: The Rise is the latest show from Immersive Everywhere (the team behind London’s longest-running immersive production, The Great Gatsby) — and it’s absolutely breath-taking.

Set in the grade II* listed stables and warehouses of Camden Market, in a haze of smoke and whiskey, the underbelly of 1920s London — and very specifically the world of the hit series — has been beautifully recreated. Rebecca Brower’s stunning set, full of hidden hatches, hundreds of props and authentic furnishings, converts a relatively small space into an illicit playground, where you can rifle through Tommy Shelby’s office desk; check the odds in the Small Heath betting shop; or make a pact in Alfie Solomons’ London bakery. Oh, and the Garrison bar? That’s the real one from the show. 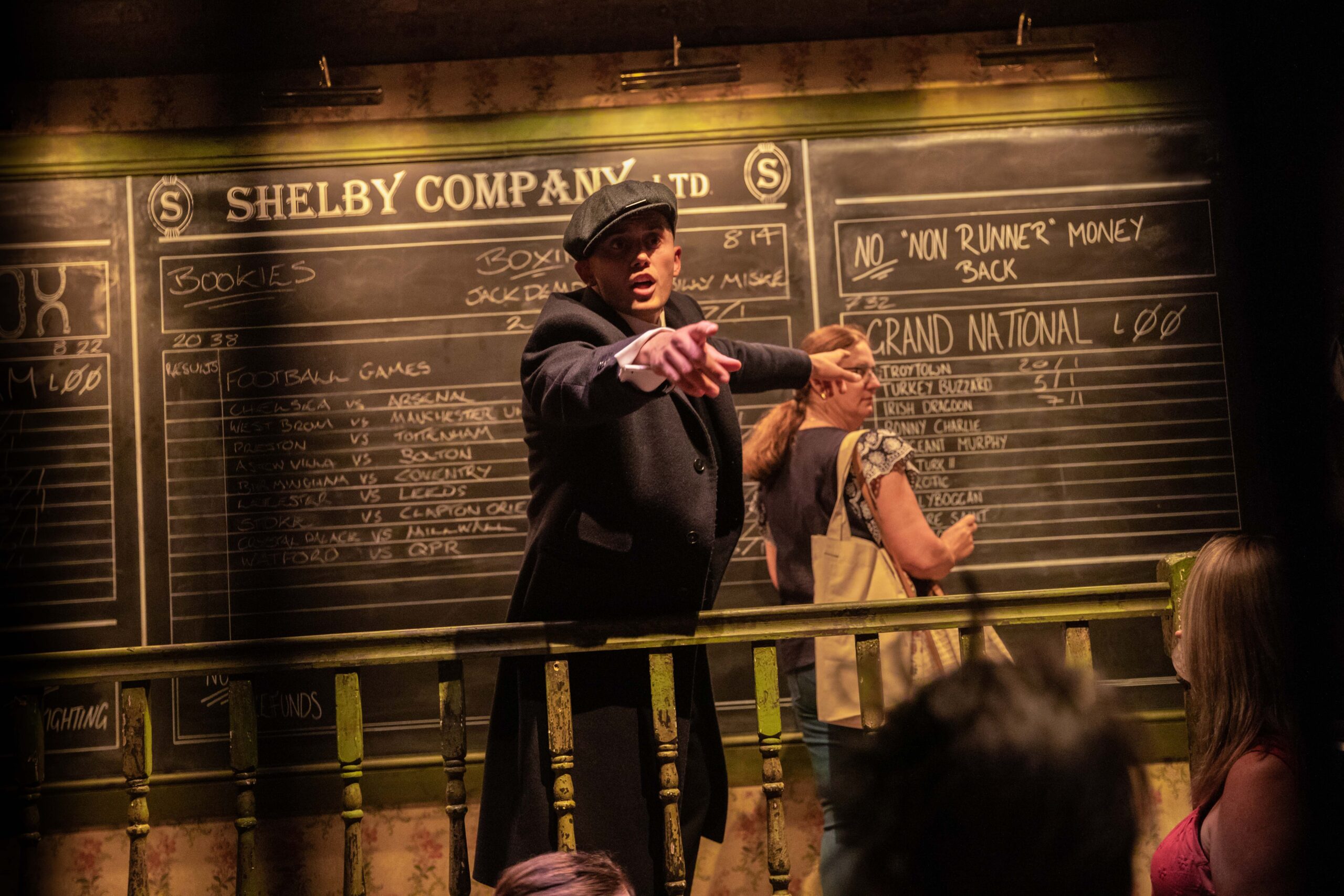 For fans of the series, it’s an uncanny experience – every performer has deftly picked up the mannerisms and speech patterns of the characters from the show, while scaling everything up for a theatre audience. They’re a slick and convincing bunch. Smart use of old-school microphones means its easy to hear performers across a crowded room, but there’s dozens of intimate interactions to be had too, underpinned by genuine stakes. Coupled with the grungy soundtrack, the place bristles with atmosphere. As gunshots crack overhead and punches are thrown, there’s the exhilarating sense that anything could actually happen. 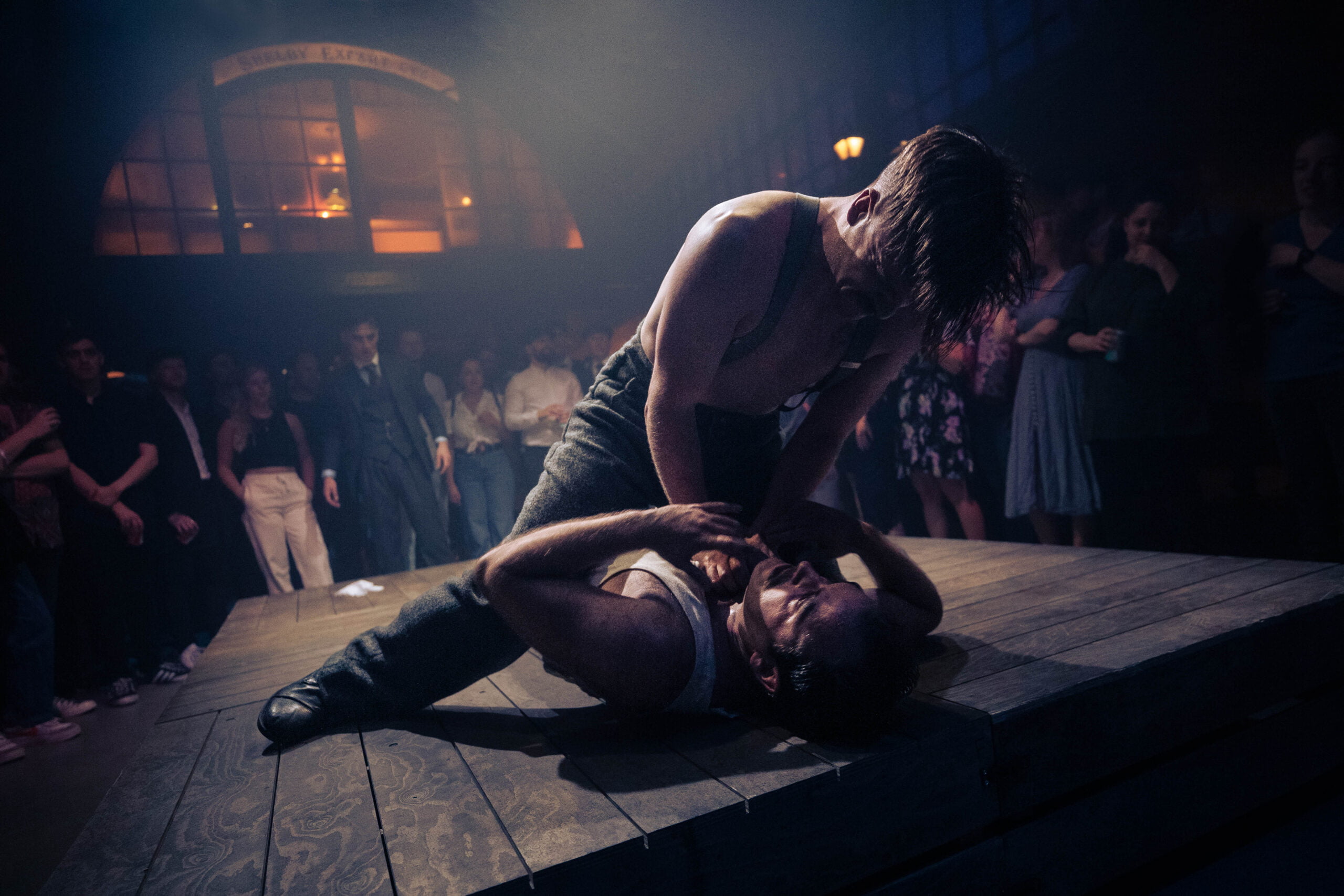 And it does: as you explore the world and forge alliances with the various factions (the Shelby family, the Italian mobsters and the renegade Alfie Solomons), you have the power to change the ending of the show. Tasked with gathering cash and intel for your chosen leader, you’ll need to sweet-talk, snitch and steal your way to the top — make over £50, and you’ll gain admittance to Tommy’s office overlooking all the action.

This clear mission means the time flies by — we could happily have spent another hour there, at least — but even if you’d rather remain a passive observer, you’ll find yourself constantly whisked by characters into various rooms. There’s also the option to just kick back in the cabaret bar with a cocktail, or watch the impressively choreographed set pieces, from bloody fights to Arthur’s struggle with wartime flashbacks.

It feels like the welcome return to what immersive theatre was starting to become a couple of years ago, before the word got tacked onto everything and it lost its way a little. In short…

…Immersive Everywhere have come up with a blinder.

NOTE: Peaky Blinders: The Rise is currently booking until February 2023. Tickets range from £52 (midweek) to £82 (weekends) – you can find out more, and book, right HERE.

Feeling Peaky? Lucky you, there’s a dance show coming later this year too…