That’s how much tickets cost to the latest release, at the most expensive showtime at the Peckhamplex.

For context, the same deal at the Odeon Leicester Square is around eight times more expensive. And it doesn’t have a rooftop cocktail bar above it.

That’s the good news. The also-kind-of-good-news-depending-on-your-perspective is that it seems in order to accommodate ticket prices that seem to be have remained unchanged since the ’90s, they also have a space that seems to have remained unchanged since the ’90s. It’s got a lot of neon-bright colours, a good ol’ pick ‘n’ mix, and absolutely no frills. But then, that’s all part of the charm. 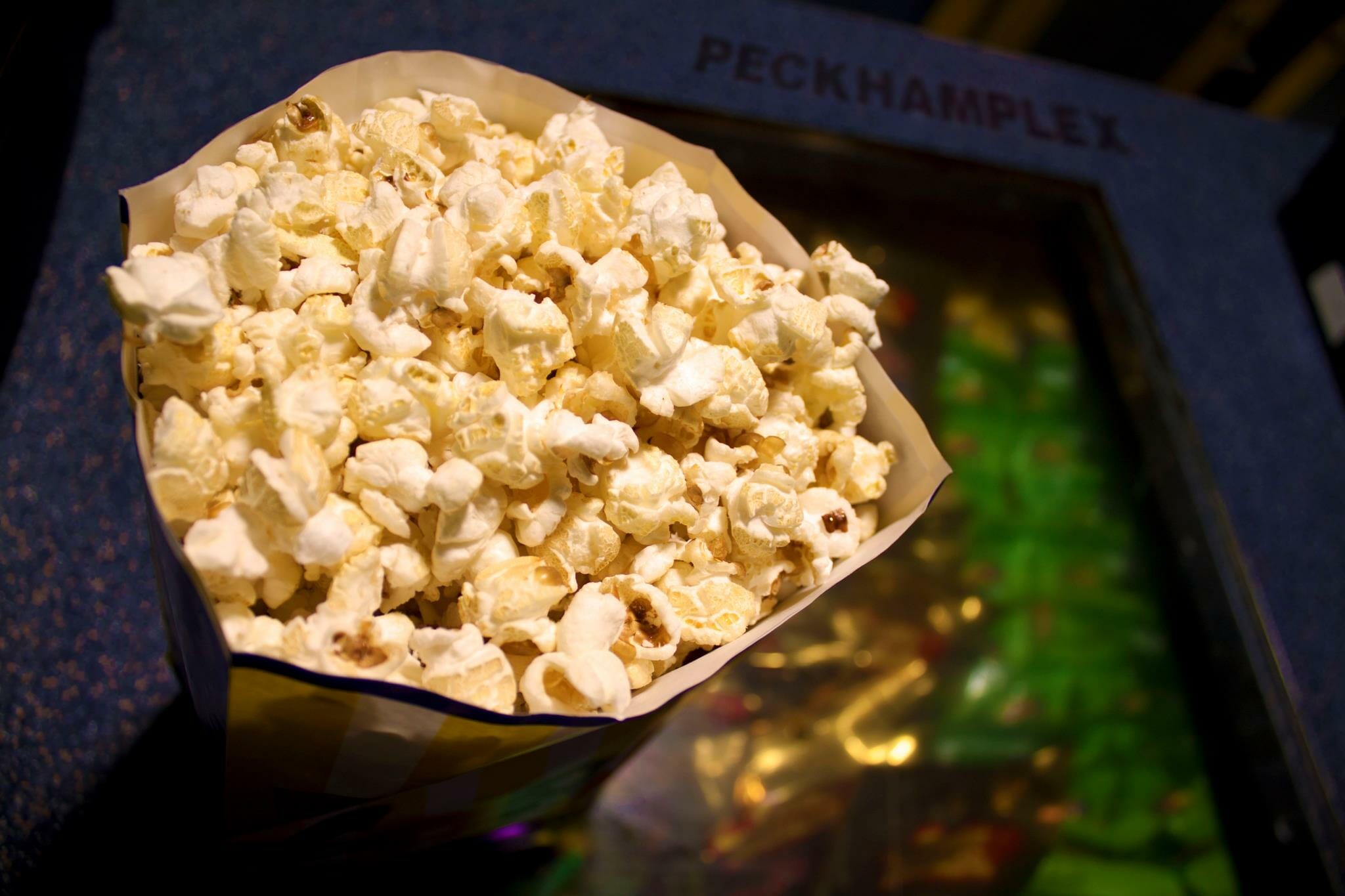 Now back to that cocktail bar. It’s not actually part of the cinema itself, but it is perched on top of the same building – Frank’s Cafe takes up residence on 10th-floor roof of the multi-story car park that abuts the cinema complex. And it’s not just a nice spot for a negroni & a view either. It’s actually part of an ongoing sculpture project, with artworks dotted in and around the bar itself.

Just remember, your jug of white sangria will cost five times as much as your cinema ticket.

Still cheaper than the Odeon though.

NOTE: Peckhamplex is open daily. Tickets cost 4.99 per film, all day every day. You can find out more, and book tickets at their website right HERE.

Like sticking it to the multiplex? Check out our guide to the best cinemas in London.