A platypus has gone missing in Canada Water.

Phantom Peak is the ambitious new creation from the brains behind Time Run and Sherlock: The Game Is Now, Nick Moran, who’s built an open world where you can meet the locals, unearth the town’s shady secrets and investigate its self-elected Mayor, the elusive Jonas. Somewhere between an immersive show, giant escape room and point-and-click video game adventure, it’s unlike anything we’ve encountered before. 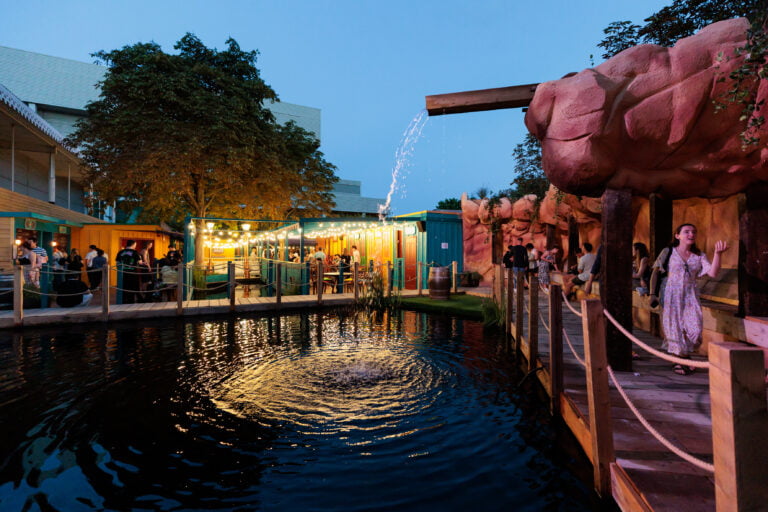 The sheer scale is impressive: the team really have built an entire town in the middle of an old car park and shopping centre (with another two thirds of the indoor section to be unveiled later in the year). There are festoon-lit waterways and colourful boardwalks; carnival stands; old-school saloons and plenty of quirks, from the electronic physician, Robodoc, to the town’s pioneering long-range telegraphing system. It mixes a little of the Wild West, a little steampunk and a little Disneyland, and does it all with tongue firmly in cheek – and after spending a few hours here, you really do, quite unexpectedly, start to feel like a local.

Part of that is down to the unique structure of this experience. Upon entering the town, you’ll be directed to a website that’ll guide you through your time in Phantom Peak (graciously provided, like most things in this place, by Jonas). After answering a series of questions, you’ll be assigned the first of what may turn out to be several quests to complete during the evening. You’ll be given a little backstory, and a character to track down – and from here, you’ll need to uncover clues hidden in plain sight around the town; interview other residents; look for codes; delve into the town’s archives and even brave the old quarter, Phantom Deep, where you’ll find a giant blimp wreck and a whole host of other characters who have less than favourable things to say about Jonas. 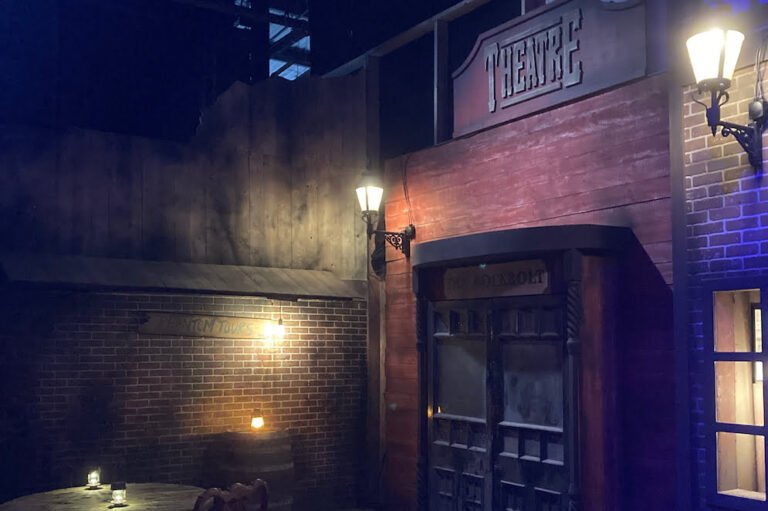 Each quest, depending on how quickly you want to crack it, could take you an hour – and that’s without factoring in the pleasant distractions of several bars; all-veggie street food stalls; boat rides; gelato and a pair of roaming country musicians. There are no large set pieces or grand finales; instead you’re invited to uncover what you can of Phantom Peak’s strange past by dipping into these missions at your own pace (and for context, there are over fifty of them)*. It’s a strong immersive mechanic that means you never get that sense of FOMO from doors shutting in your face, or walking in on a crowded scene only for it to dissipate moments later.

Our only advice once you get there?

Don’t squat with your spurs on.

NOTE: Phantom Peak is open Wednesday – Sunday. Tickets start at £34 – you can find out more, and book, HERE.

*If the completist in you is desperate to go back and tick off a few more, it’s VERY worthwhile sticking it out at the carnival games…