Rooftop bars are always good for a night on the tiles.

And when that rooftop’s been festooned with festive lights, throws and blankets for the colder months, so much the better.

So it’s with great pleasure that we announce to you today that a new one is joining the ranks. It’s something of a hidden gem, tucked away at the top of the Royal Opera House with a rare London view overlooking the bustling Covent Garden marketplace (which, we should add, is currently awash with festive igloos, trees, lights, and giant mistletoe). 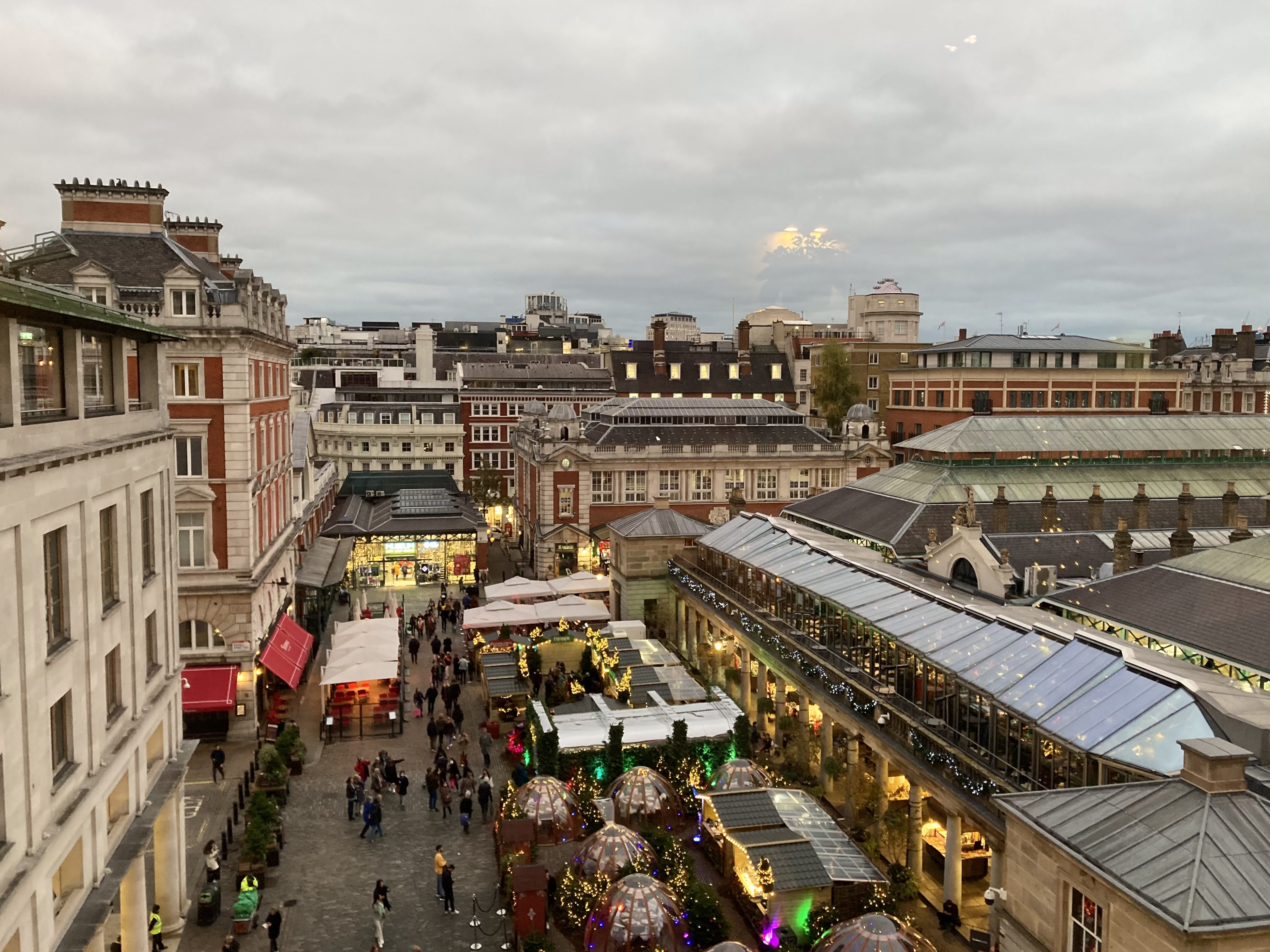 The terrace is completely covered, with huge windows to allow you to soak up the view (and not the sub-zero temperatures). And for the winter they’ve created a special seasonal menu, including festive cosmopolitans (featuring rosemary syrup made in-house), a steaming hot toddy made with ginger, mulled apple and Grey Goose Pear vodka; a boozy affogato (made with vegan ice cream and Frangelico) and an indulgent Eggnog White Russian. 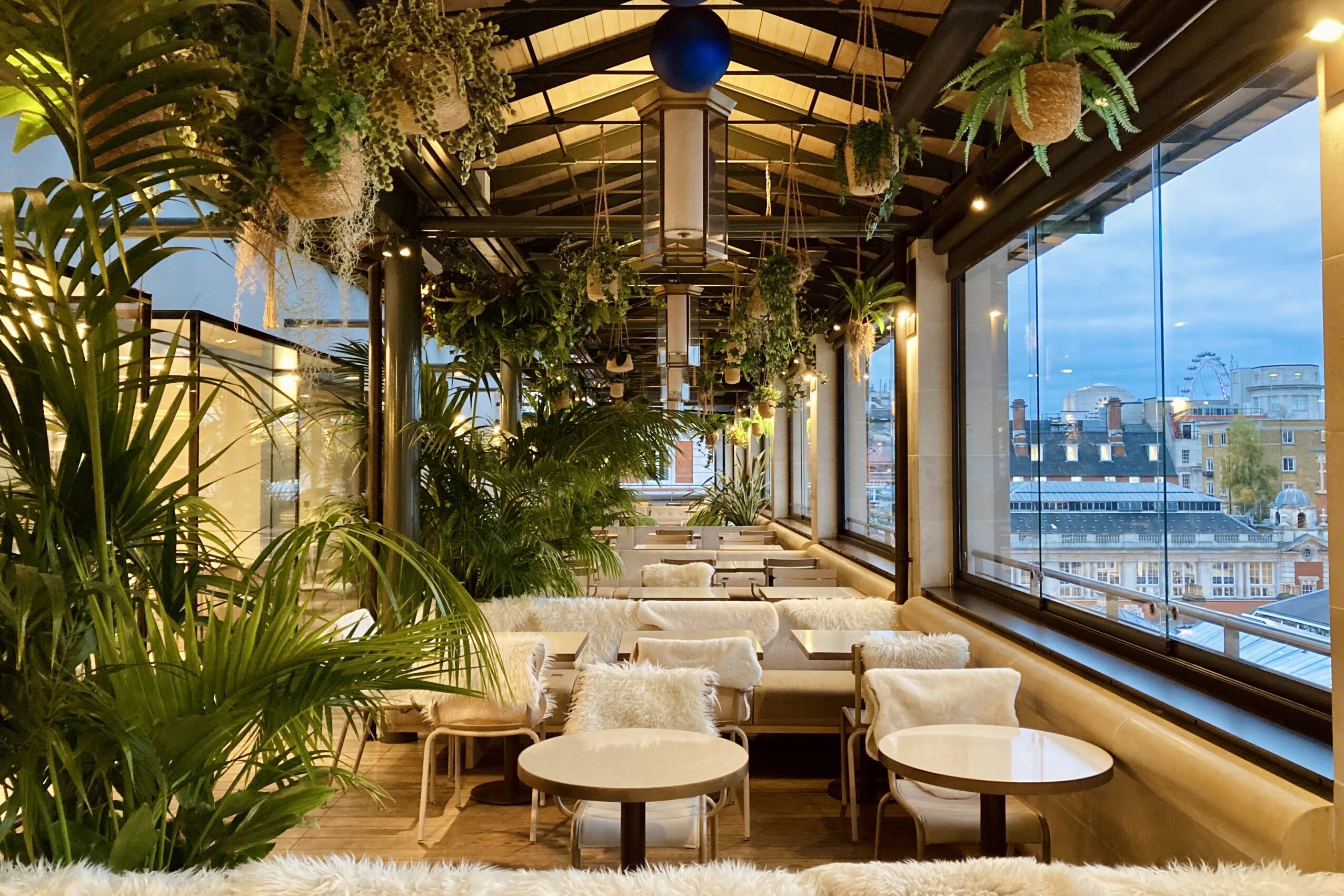 After drinks, you could head downstairs into the beautifully gilded theatre to watch the Royal Ballet perform The Nutcracker – a Christmas classic with fairies and fighting rats – or wander down to Covent Garden Market, which is getting dusted with a flurry of fake snow on the hour, every afternoon, between now and 27th December.

Which is something other winter rooftop bars can only deliver about 5% of the time.

NOTE: The Piazza Winter Terrace Bar is open until 12th January, from 12pm till late. There are no bookings, so just turn up (but bear in mind it will be busiest just before a show in the evening). You can find out more, and see what else is happening there for Christmas, right HERE.

Like festive rooftops? Take a look at the twinkly cinema that’s appeared in Marylebone…