A Rainbow-Hued Imaginary Landscape Lands at Kew This Summer

Do not adjust your eyeballs.

This summer, Kew Gardens is swapping the greenery for – well, pretty much every other colour, with a psychedelic, sugar-dusted, rainbow-hued installation by Pip & Pop.

That may sound like the breakout group formed by a member of the Rice Krispies elves, but it’s actually one person: award-winning Aussie artist Tanya Schultz. She’s known for creating giant, walk-through artworks using all kinds of crafty materials, including bits and bobs that she’s picked up on her travels (presumably to places like the Candy Crush land).

Her installations are huge, colour-saturated landscapes of sugar mountains, kaleidoscopic pools, glitter, beads, bubbles and pompoms. You half expect to see a unicorn gallivanting around in there somewhere. And her first London exhibition will be coming to Kew for just under a year, opening this May. 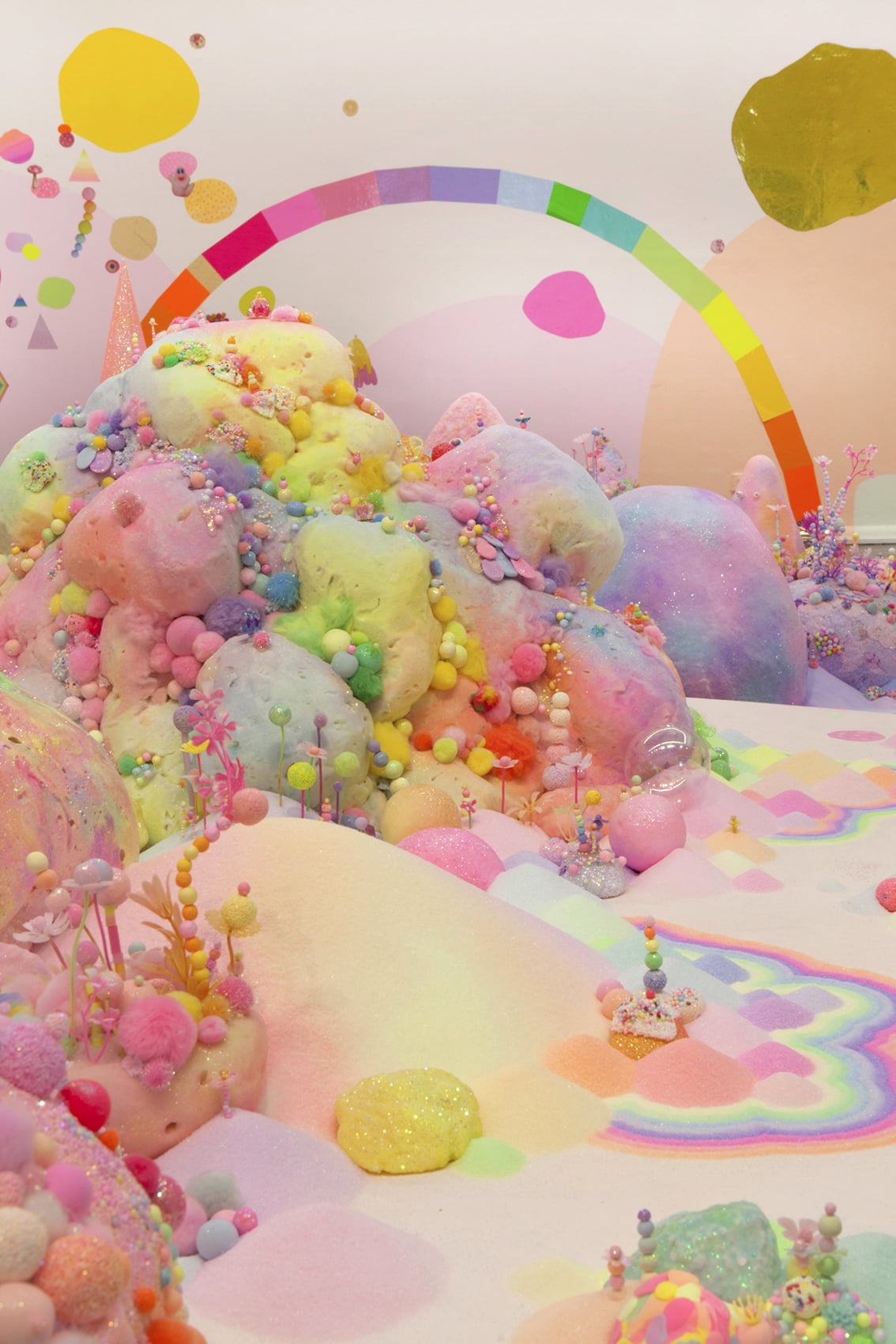 It may seem an unusual venue choice, considering Kew’s all about plants, greenery and nature, but the exhibition’s set to be part of their summer programme, ‘Food Forever’. According to a recent report by Kew scientists, 2 in 5 plants around the world are currently threatened with extinction – which is kind of big deal when you realise that literally everything we eat depends on plants. So they’re hoping to draw attention to the crisis with a series of events including film screenings, talks, and an outdoor interactive art trail, as well as Pip & Pop’s multicoloured ‘fantasy food landscape.’ Beneath all the eye-meltingly colourful appeal, it’s designed to get us to think about our own consumption and the way we interact with our planet, as well as presenting an optimistic outlook for the future.

Turns out, it’s not just orange.

NOTE: Pip & Pop’s installation will be at Kew Gardens from 21st May 2022 – 5th March 2023. Admission is included with tickets to Kew, which you can book ahead right HERE.

Want to see something colourful now? Check out Kew’s festival of orchids, on throughout February.