Pirates of the Hidden Spirit

Their true love lies with the C.

And as of this November, that C will stand for cocktails. Because that’s what they’ll be serving on Pirates of the Hidden Spirit, a surprisingly authentic, immersively theatrical piratical boozing experience.

It comes to us from the historical mixology masterminds behind similar experiences Moonshine Saloon and Alcotraz. Only this one’s a little different because a) you don’t need to bring your own bottle, and b) it takes place on the Golden Hinde. And this is the ‘surprisingly authentic’ bit, because for those unaware the Hinde is not only an actual ship floating by the Southbank, but it’s an exact replica of Sir Francis Drake’s 16th Century pirate ship (yes, he was a genuine pirate). It’s completely seaworthy, and even circumnavigated the globe just like the original Hinde. 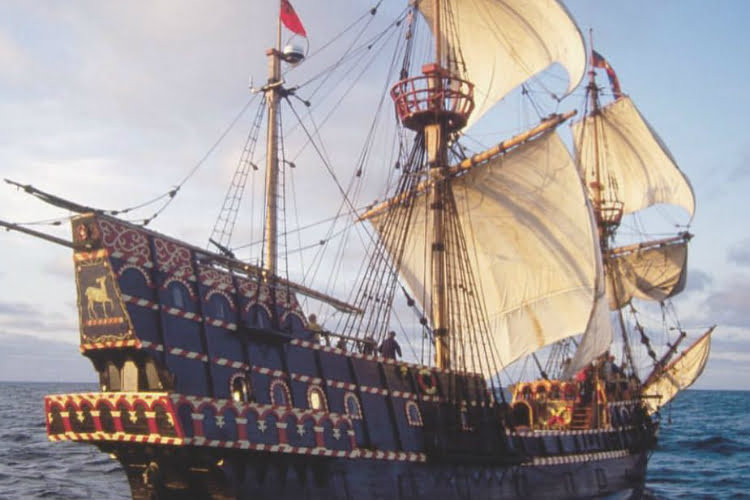 The show runners have got it for three nights a week, and when you step aboard you’ll immediately be whisked away to be dressed in pirate coats and tri-corner hats (included in your ticket price). Once in your getup, the storyline will begin to unfold. You’ll be warned by the local Governor about the pirate captain Jack Cassidy, and told about the mysterious disappearance of his crew before being directed the gun deck for the first of your evening’s three cocktails (again, included in your ticket). 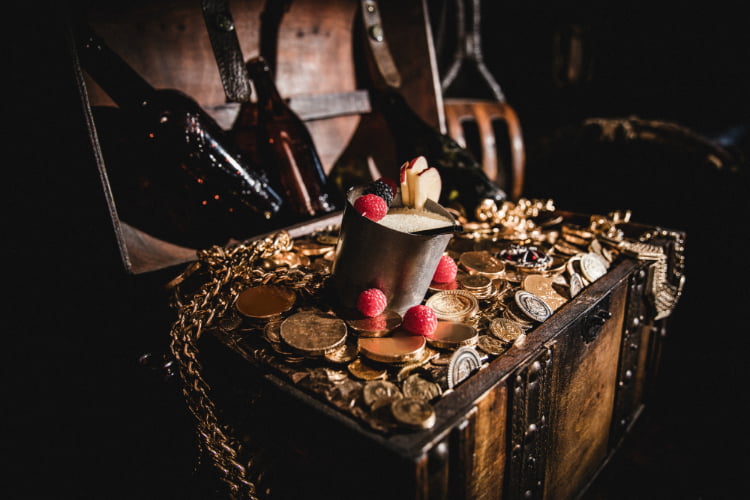 Here, Cassidy himself will serve up a Golden Shimmer cocktail with actual gold in it while he tries to pressgang you into his all-new crew to complete his perilous mission. You’ll then descend into the bowels of the ship’s Barrel Deck for yet more booze from their menu of grogs, which include the likes of the Royal Docks (a G&T with elderflower & Earl Grey tea), Beneath the Bridge (a salted caramel Old Fashioned) and St Mary’s Margarita (a Persian lime & nori marg).

There’ll be plenty of narrative twists and turns, and you can expect the whole experience to last for about an hour and forty minutes in all. Your three cocktails are included in your ticket, but you can buy more should you feel like it. Just don’t get too relaxed…

Pirates of the Hidden Spirit