“Float like a butterfly, sting like a bee. His hands can’t hit what his eyes can’t see. Now you see me, now you don’t. George thinks he will, but I know he won’t.”
– Muhammed Ali

Imagine being able to hop inside a time machine, and – after stopping Brexit, and killing Hitler – attending ‘The great sporting event of the 20th Century’, watched live by over one billion people: the original Rumble In The Jungle.

Well, that’s almost exactly what you’ll get to do at Rematch, which is looking like the biggest, most exciting new immersive show of 2023.

And Nudge Members are getting exclusive early access to tickets, a full 48hrs before Joe Public, including for the opening night (16th Feb 2023) when tickets are half priced…

So just what is Rematch?

Well, it’s new, it’s huge, and it’s basically the Secret Cinema of iconic sporting events. It combines aspects of theatre, sport, technology, and immersive experiences into one gigantic, impressive package to bring you back to that event as it was, with all the hoopla, the hype, the food & drink, the music, the fashion, and the energy of the era. You can get a feel for the setup by checking out a short recap of their award-winning debut show, Wimbledon 1980. 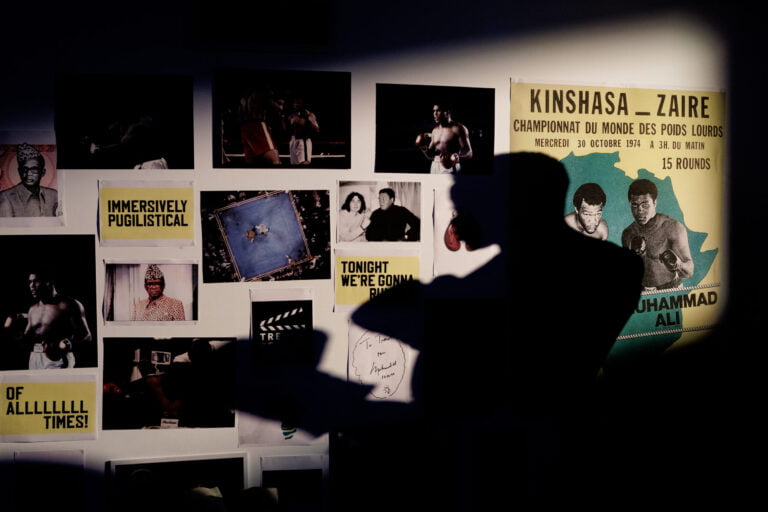 For their sophomore event, they’re honing in on one of the biggest sporting events of all time – and we’re probably not spoiling anything to say that it was the most intense, jaw-dropping comeback of Muhammed Ali’s career. It was the fight that cemented his legend in the pantheon of great sportsmen, taking on a stronger, younger, and then unbeaten George Foreman in order to reclaim the title he’d had taken from him for refusing the draft in Vietnam. 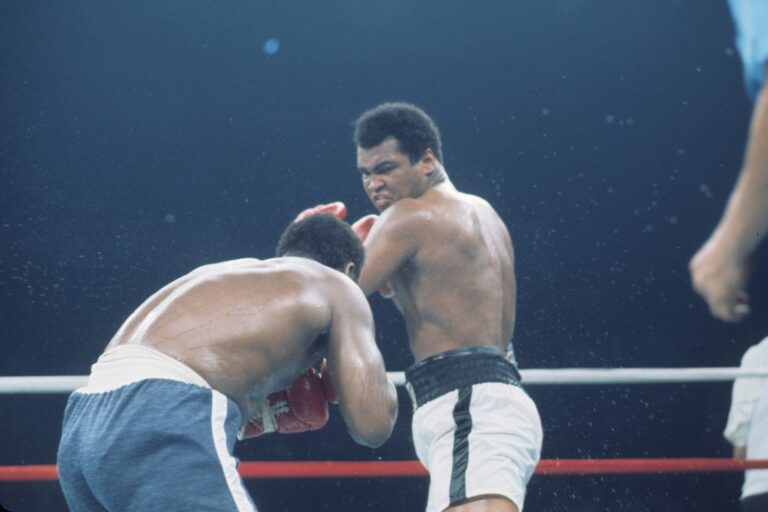 Rematch will be recreating Zaire’s capital of Kinshasa, circa 1974. Expect tasty street food, vibrant outfits, and lively characters all conspiring to pull you into the atmosphere. They’ll even be reimagining the Zaire ’74 music festival that accompanied the fight, featuring James Brown, BB King, Bill Withers and a whole load of Africa’s best musicians. And that’s all before you sit down to watch the fight itself, which will be relived in a creative, theatrical, high tech staging, to watch Ali produce sheer magic…

“I thought this will be a matter of just a little exercise. I’ll probably knock him out in three rounds.”
-George Foreman

NOTE: Nudge Members are getting exclusive early access to tickets, including for the half priced preview night (16th Feb). Booking info in Members’ box at the the top this page.

OTHER NOTE: Rumble in the Jungle Rematch will take place for six weeks from 23rd February 2023*. We’ll be back then with the full scoop. In the meantime, you can check out their website right here.

In the mood for the big screen? You’ll want to have a scan of our choice of the best films to see at the cinema right now…