Science Fiction: Voyage to the Edge of Imagination

Science Fiction encompasses some incredible works by some hugely talented writers and artists.

And we all hope they continuum.

But there’s a little more to them than mere stories, or so the latest exhibition at the Science Museum sets out to show. And in fact, “the latest” is underselling it, really. They’re calling it “the most ambitious exhibition ever staged at The Science Museum”, and you’ll see that the moment you’re ushered into the gallery – accessible only, of course, by spaceship. 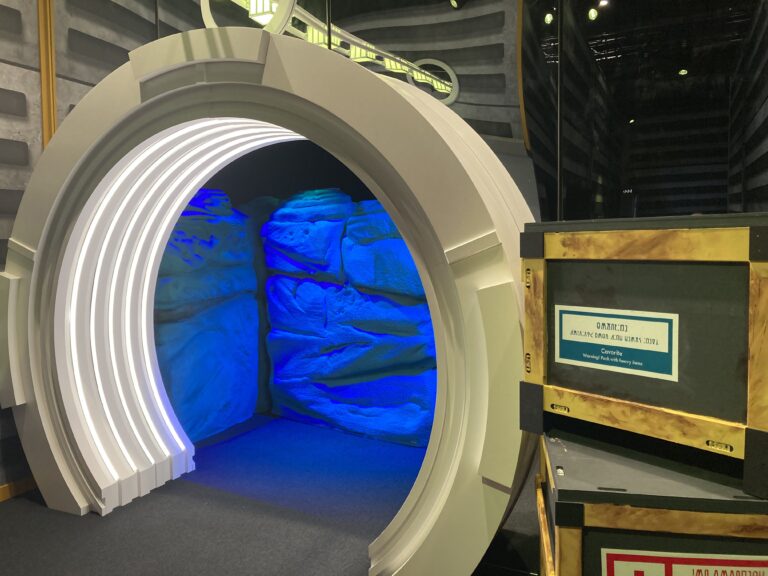 Now, before we dive into the show itself, your first thought, surely, will be that the museum deals mostly with science fact, does it not? That’s why they call it a museum. And that’s why Science Fiction: Voyage to the Edge of the Imagination isn’t just about cool cultural mementoes from over two centuries of the genre (although there are a fair few of those). It’s a thoughtful exploration of how real science and science fiction are constantly influencing each other; from the technological advancements in AI that have triggered all kinds of existential crises about what it means to be human, to the warp speed of Star Trek that might actually become a thing. It shows how real scientists have drawn water from the HG Wells, and tries to find the point “where science meets fiction”.

So, back to that spaceship. 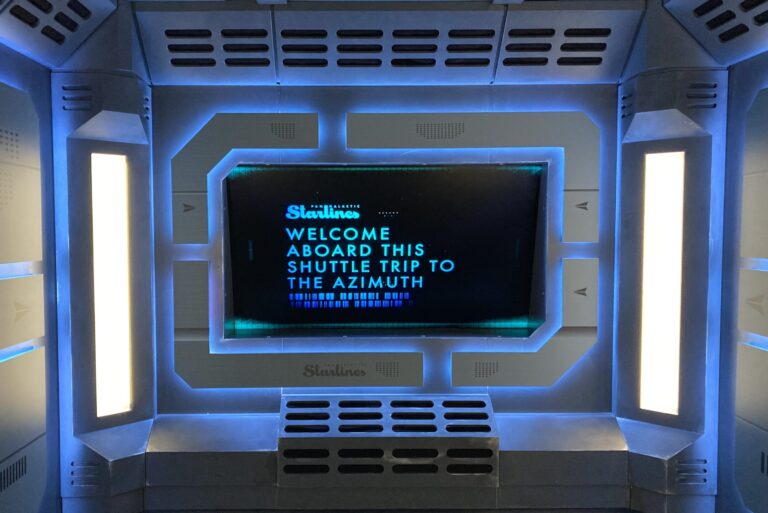 It’s here that you’ll meet A.L.A.N.N., a highly advanced AI of alien origin who’s taking you along for the ride to help her understand humanity through the lens of sci-fi. A.L.A.N.N. is the exhibition’s framing device, introducing each room and pondering how the fiction around science reveals contemporary attitudes, hopes and fears.

The first room eases you in with a little light space travel, where you’ll see how landing on the moon was once a twinkle in the eye of authors like Jules Verne and HG Wells, before watching an animation about how warp speed might actually be possible in the future, if scientists can work out how to push and pull space-time (though they’ll have to find a way to create negative mass first). And of course, you’ll get to nerd out over amazing exhibits from both sides of the coin along the way – including a replica of NASA astronaut Gene Cernan’s moon suit, and costumes worn by the casts of Alien, Sunshine and Star Trek. 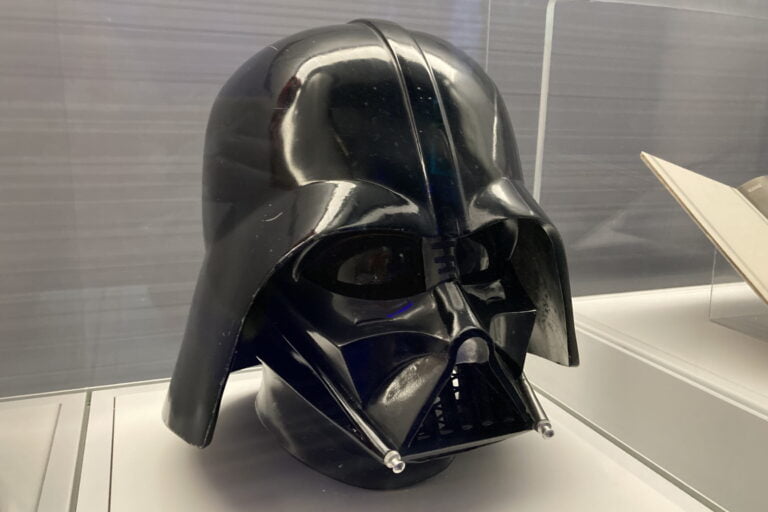 This is the real deal.

You’ll see how stories like Frankenstein and Iron Man have helped to inspire medical developments like prosthetics and pacemakers, and how machines like HAL 9000 from 2001: A Space Odyssey have shaped today’s AI, and its future, particularly the way human biases creep into its algorithms. You’ll step into a planetarium-like installation giving you the impression of landing on another planet, before being asked to think about how we’re taking care of our own. And finally, you’ll end up gazing down at Earth from the window of the ship’s observation deck, where you can have a moment to reflect on our place in the universe.

After all, a relatively tiny lump of rock, just the right distance from the sun, with all the water, air, and other elements needed to support life?

NOTE: Science Fiction: Voyage to the Edge of Imagination runs until 4th May 2023. You can find out more, and book your ticket (£20) at the website right HERE.

Want to outsmart our future robot overlords? Brush up at the best museums in London…

Science Fiction: Voyage to the Edge of Imagination