You’re going to want to know Watson in Shepherd’s Bush.

Donning the deerstalker, you’re called to navigate Sherlock’s London and employ your powers of logic, observation and deduction to save yourself, your country, and very possibly the entire world. 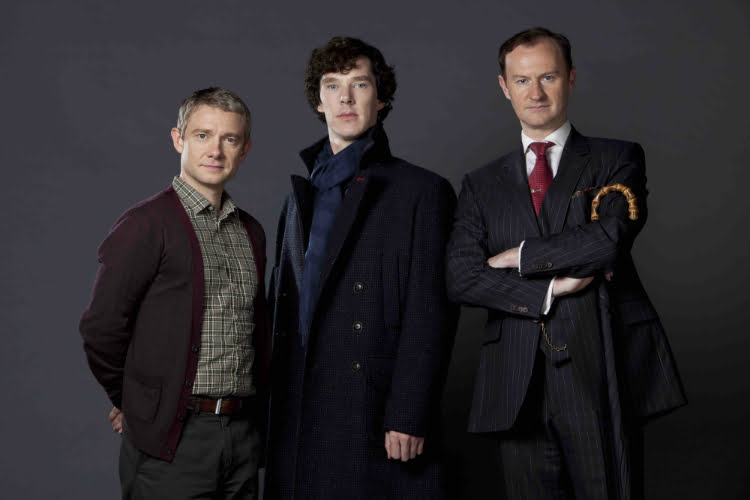 It all starts – like most heart-thumpingly high-stake adventures of subterfuge – in a shopping centre in Shepherd’s Bush. Head past Lidl, cast a furtive glance or two, then press the buzzer at Doyle’s Opticians. Naturally, you – and your most trusted group of mentally acute companions – are here for a group eye test. State your business to Stamford, the optician, and you’ll be ushered promptly into a back room… 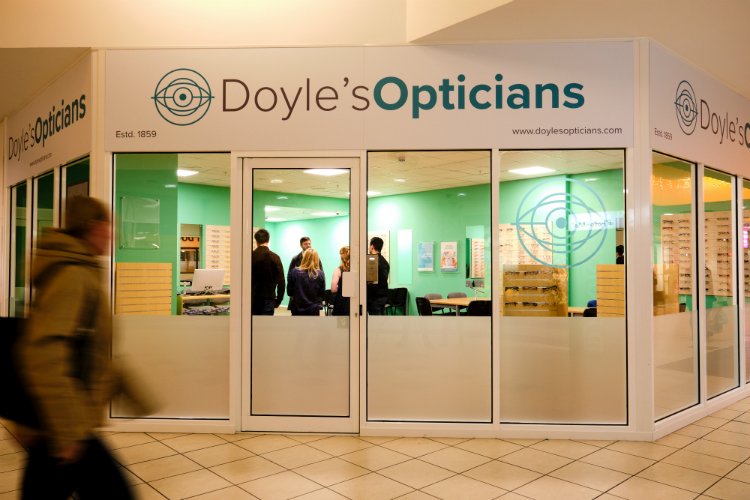 …only to find yourself in a screening room where you’ll be debriefed by Watson, who’ll bring you up to speed: Sherlock is missing, and his covert group of informants – The Network – is mysteriously depleting. Your job? To prove yourself a worthy ally.

Of course to think like Sherlock, you’ll need to put yourself in his shoes.

Which is exactly why – after a little sleuth training – your next stop will be 221b Baker Street itself, faithfully and painstakingly recreated from the series, down to every last detail (the Time Run team consulted with the original set designer, and literally created their own reproduction wallpaper since it was out of print). 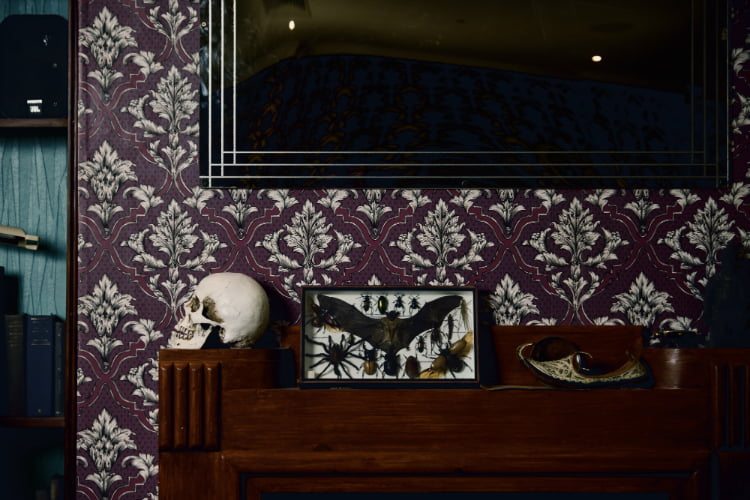 From here, you’re on your own.

What follows is a fast-paced, hour-long escape room experience, weaving through a series of meticulously well-designed rooms that feel like they’ve been lifted straight from Sherlock – only this time, you’re the main character. Your team will be pitted against a series of dastardly puzzles, riddles and conundrums; collecting clues against the clock to earn your release from each room – with voicemails and messages from Sherlock and his allies to keep you on track. You can only hope that Moriarty doesn’t decide to make things a little more interesting. 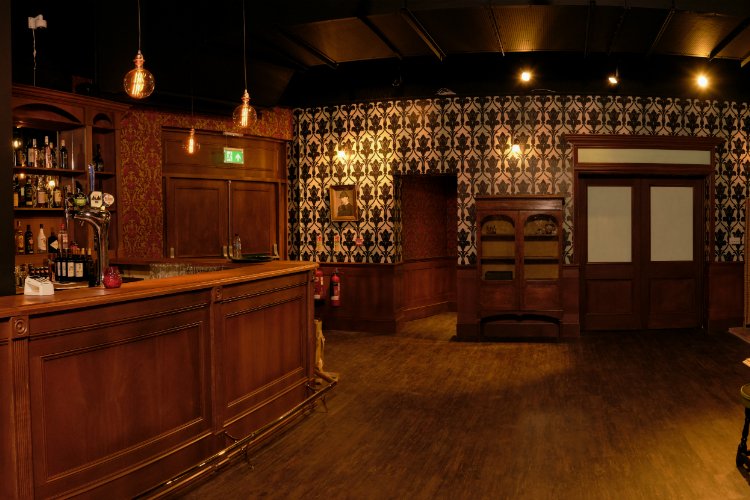 Should you make it through alive, you’ll discover the Mind Palace – a hidden Edwardian enclave where you’ll be able to order a stiff drink.

In here, they’re running a second, separate hunt, where you can solve puzzles against the clock in return for cocktails; or just sit back with a pizza and catch your breath. Clad in damask wallpaper and filled with eclectic vintage furnishings and cosy, intimate nooks, this is where Network members come to unwind. Dotted around are the relics of cases past – the most significant of which you’ll find behind the bar, like ‘The Five Orange Pips’, combining whisky with orange and red wine, or ‘A Case of Identity’, a medicinal-tasting concoction with dandelion and burdock, rum and ginger – and, of course, your own John balloon friend.

Like getting locked in? See our recommendations for top escape rooms in London