Turns out it’s been hiding in Leyton.

And for a few nights this winter you’ll be able to access it, courtesy of the team behind The Jellied Eel. If this sounds unfamiliar and perhaps a little disturbing, it was a sell-out pop up bar that made its home in an old pie & mash shop after hours. They made cocktails, and they were extremely good. Now they’re turning their hands to dining, too, by staging a series of Studio 54-inspired supperclubs in a cavernous warehouse. 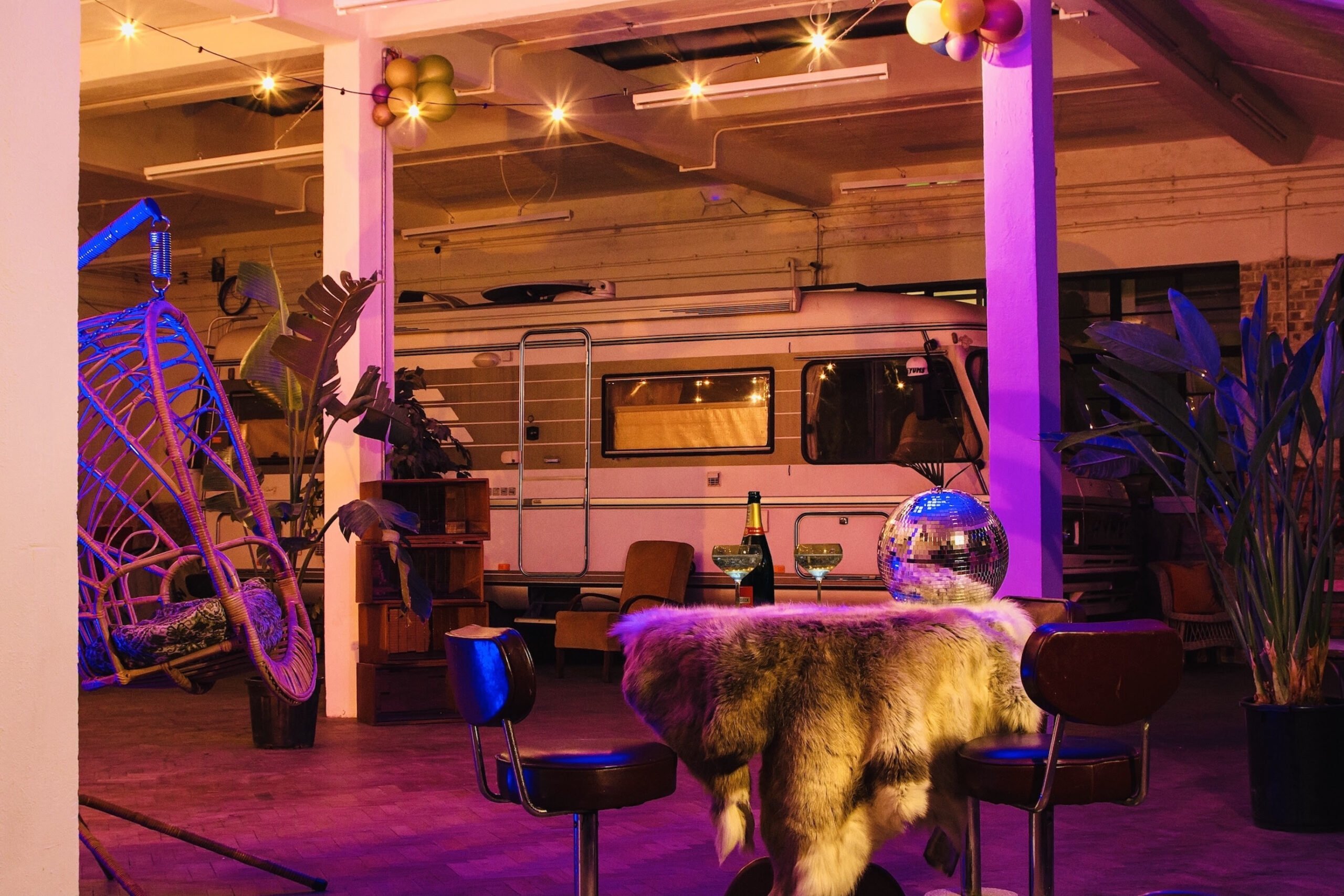 How does one evoke the spirit of the legendary nightclub without the use of four tons of glitter and a live horse, you ask? Well, they’re hoping to achieve it by way of three key elements:

1) Champagne. You’ll find it both on the drinks menu (alongside Winter Negronis, a Walnut Old Fashioned and Hot Buttered Rum) and stirred into the three-cheese fondue served up at your table in vintage melting pots, alongside platters of charcuterie.

2) Atmosphere, provided partially by the retro furnishings and disco lighting, and partially by the pianist in black tie, live singer, and circus runaway whirling hula hoops flashing with what we’re told is cutting-edge LED technology; and

3) Surprise, in the form of a (privately hireable) giant 1970s caravan in the middle of the room.

They’ll be open for New Year’s Eve, too, where the price of your ticket will also include a half bottle of Champagne and a disco countdown. And we all know where that leads…

Like pop-ups? See what else is happening in London this month