Wilfully ignoring the old ‘too many cooks’ adage, Luke Findlay’s inviting a host of guest chefs to join him in the kitchens at his Kingsland Road noodle shop this Spring.

And when the cooks are this talented, there’s no way that broth’s getting spoilt.

Supa Ya Ramen’s already built a rep for serving amazing, ‘traditionally inauthentic’ twists on the Japanese noodle dish. And those twists will be getting even more adventurous when – on various Saturdays throughout January, February and March – a veritable who’s who of rising London chefs come in to collaborate. They’ll each craft a special menu of two snacks and a ramen dish infused with their own signature flavours, as well as taking control of the sound system to curate their own playlist for the day. 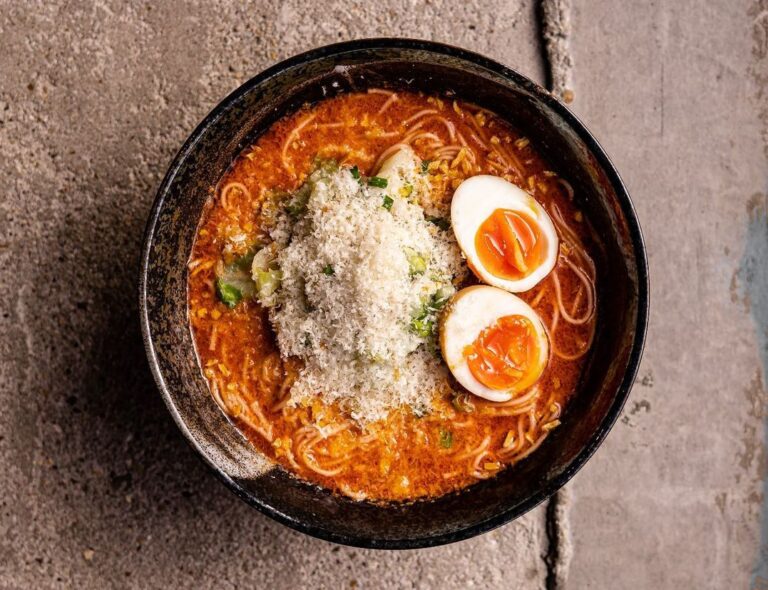 It’s the first in what Findlay’s promising will be a recurring series in 2022, and the opening line up is as follows:

Given the calibre of chefs involved, this is the kind of series that’ll sell like hotcakes. Luckily, though, they’ve got a fairly egalitarian system going: tickets will be released each Monday for the upcoming weekend’s takeover, which you’ll be able to reserve on Resy.

NOTE: The Supa Ya Ramen Guest Series kicks off on 16th January. Tickets cost £30pp (for two snacks and a main), and it’s BYOB. Tickets go live at 10am on the Monday before each event on Resy, here.

Hungry for takeovers? Check out the best pop-up restaurants in London this month