Superbloom at The Tower Of London

As the country basks in the celebrations of the Queen’s Platinum Jubilee, the near millennium-old Tower of London is paying tribute in the traditional fashion.

By which we mean: you’re going to ride a giant slide into a moat filled with millions of flowers this summer.

It’s all part of their new Superbloom installation – a huge meadow of wildflowers that’s been sown and grown in the (formerly very bare) moat that runs around the Tower of London. After months of toiling over 20 million seeds and battling the whimsical British weather which meant the flowers were late blossoming, it’s finally erupted into a stunning sea of colour, rewilding a historic part of central London in the process.

And while a moat full of beautiful flowers was already quite an appealing prospect, the Tower of London folk apparently wanted a way for people to arrive “with a sense of occasion and fun.” 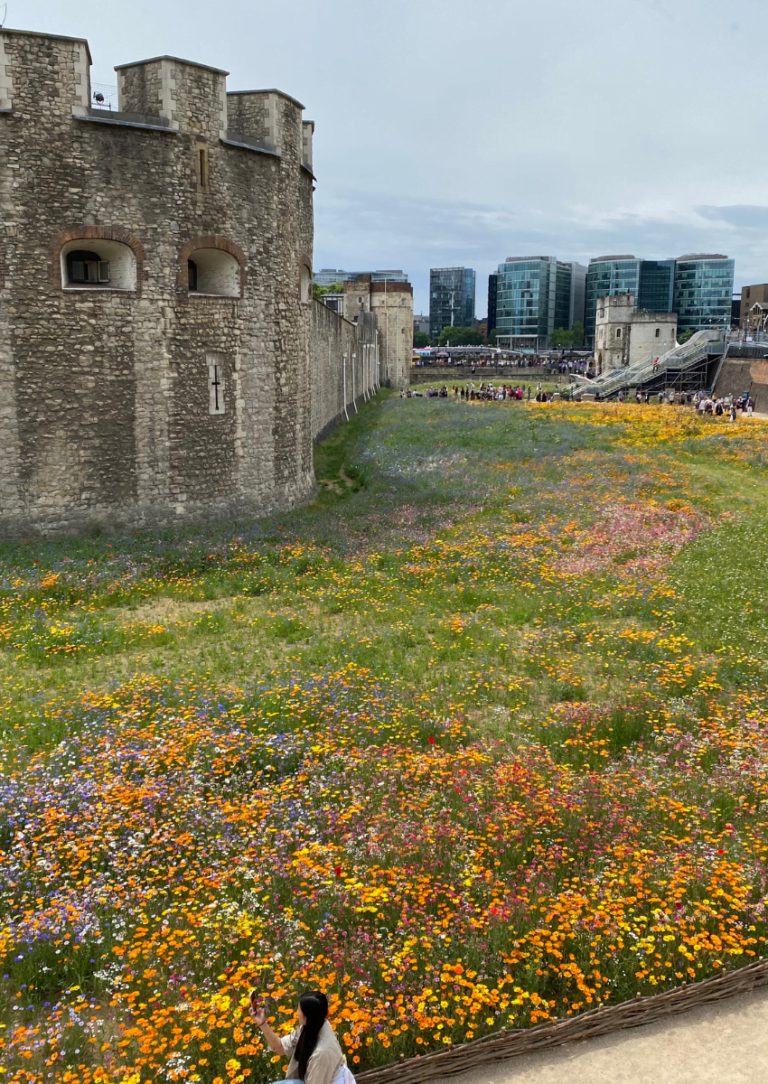 It’s made of stainless steel (not platinum), and takes you down from the castle walls at record speed into the flower-filled moat. Once you’re down there, you can wander through some specially carved out paths to take in the flowers up close, while a sound installation soundtracks the whole scene. It’ll be worth returning to later, too, as the different flowers will bloom in different months. To cap it all off, they’re staying open late on certain evenings throughout the summer, and KERB’s running a street food market right next to it if you want to grab a bite.

Tickets are available now, and if you go for the top tier you’ll also get admission to the Tower itself afterwards, feat. the Crown Jewels, the spot where Anne Boleyn got the chop, and the Beefeaters’ pub.

They’re always raven about it.

NOTE: Superbloom is free to look at from the outside, but if you want to walk through (or slide into) the meadow, you’ll need to book a ticket in advance. They start at £10, and you can get yours HERE.

Like arriving in style? Take a kayak to a brewery.