Tate Britain has got transformation down to a fine art.

It was once seen as the staid old aunt to that young upstart down the river, the Tate Modern. But in the last decade, the original Tate has done the gallery equivalent of dying its hair purple and piercing its nose.

Since it opened in 1897, on the site of a former prison on the banks of the Thames, its mission has been to showcase the best of British art. These days, that means a focus on diversity, with every type of previously under-represented class, race, gender and sexuality in the mix. Recent exhibitions have collated work from British-Caribbean artists, and thrown a light on Queer British Art.

Tate Britain’s collection, arranged chronologically, reveals just as much about Britain’s social history as it does about its culture. Visitors walk through 500 years of home-grown art, starting with 16th-century oil paintings of stern gentlemen in ruffs and elaborate facial hair, and ending with portrait photography of London rappers Scientists of Sound, prop guns raised at the camera. 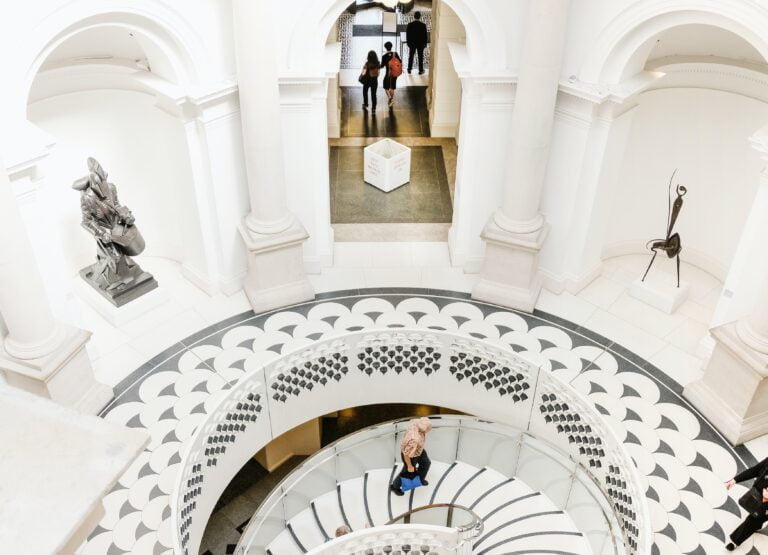 You’ll bump into old masters such as Turner, Hockney, Hogarth, Blake and Bacon on your way. And you’ll likely meet some new favourites – Tish Murtha’s documentary series on social unrest in South Shields, for example, or David Bomberg’s angular paintings revealing life in the East End in the early 20th-century. There’s plenty for the 2D-averse, too, including sculptures by Henry Moore and the large-scale installations that rotate through the Tate’s grand neo-classical Duveen Galleries. 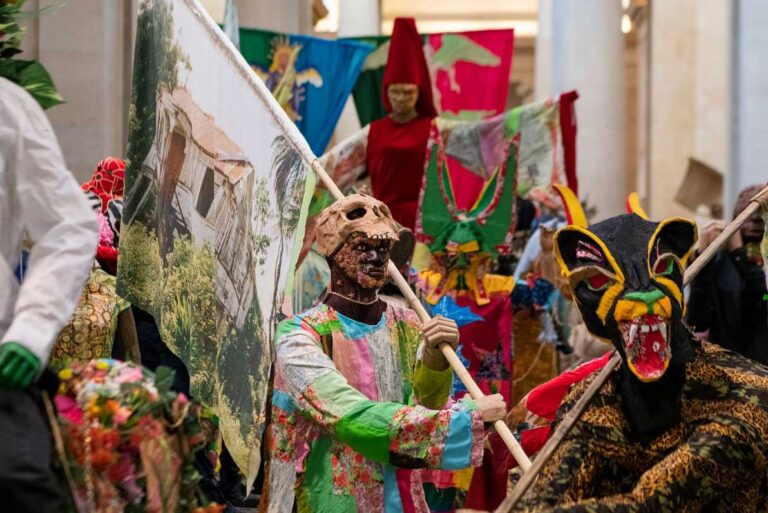 Current temporary commissions include Hew Locke’s vibrant, colourful, but decidedly creepy sculptural parade (until 22nd January 2023); and a free display of work by 20th century photographer Bill Brandt (until 15th January). And in November, Lynette Yiadom-Boakye’s exhibition, Fly In League With The Night, returns after it was originally cut short by lockdown.

There’s a lot to take in at Tate Britain. It’s worth calling in a couple of times rather than attempt to gallop through it all in one go, or at least break up your visit with a cuppa in the basement Djanogly Café. If you’re short on time, the hour-long guided tours are good for dipping your toe into the collection, and learning the anecdote-worthy histories behind some of the pieces (look out for the Rembrandt self-portrait sneakily hiding beneath a, um, Rembrandt self-portrait).

On the first Friday of the month, the gallery also throws its doors open after hours for Tate Britain Lates: evening sessions where you can get up close and personal with the visiting exhibitions, and see the artwork brought to life through talks, workshops, film screenings, DJs and cocktails.

No matter how many times you visit and however long you stay, one thing doesn’t change: Tate Britain is never less than state of the art.

NOTE: Tate Britain is open daily, 10am–6pm. It’s free to enter, and there are free guided tours at midday, 1pm and 2pm. You can find out more, and book exhibition tickets, HERE.