It’s not just a load of old Pollocks.

In fact, the array of different works on display here is quite astounding. Home to thousands of mesmerising paintings, unusual installations and avant-garde sculpture, the Tate Modern is Britain’s national modern art gallery, housed in a striking old power station.

The Tate Modern carries so much weight in the collective London consciousness that it’s hard to believe it only opened in 2000. The building itself – an iconic chunk of skyline designed by Battersea Power Station architect Sir Giles Gilbert Scott – was only completed in 1963, closing less than 20 years later and lying empty for many more. Now, it’s one of the world’s most visited museums, with millions pouring in through its doors every year. And it’s only continuing to expand – the last few years have seen the addition of the Blavatnik Building, a towering structure offering more gallery space for post-1960s art; and the three former subterranean oil tanks, now converted into dedicated spaces for live performance art. 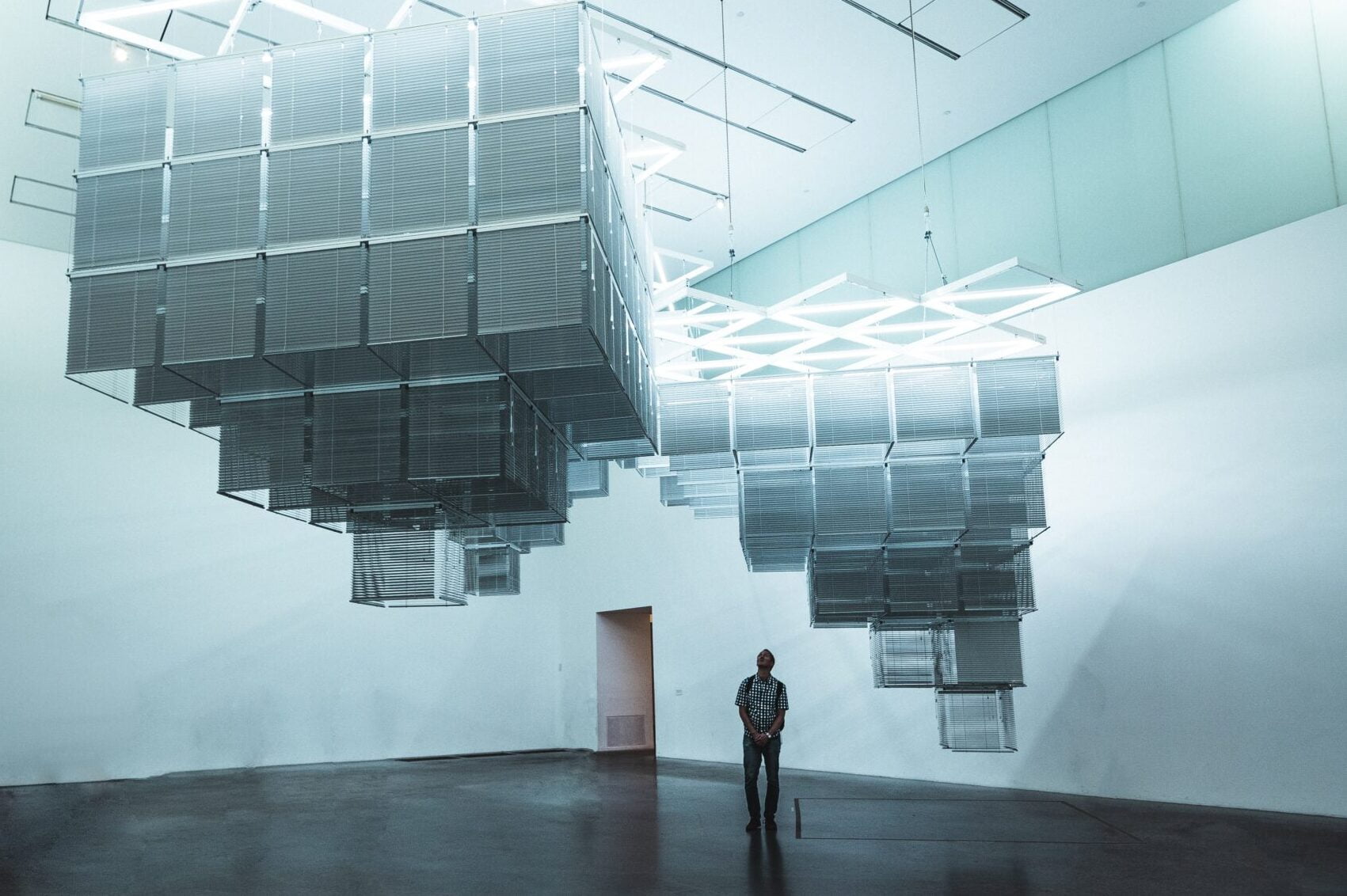 Entrance to the permanent collections is free, and covers eight different themed gallery spaces spread over three floors of the main building. Highlights include abstract work by synaesthetic painter Kandinsky, Matisse’s The Snail and Picasso’s Weeping Woman; Marcel Duchamp’s boundary-shattering signed urinal; Rodin’s The Kiss; Warhol’s pop art portraits of Marilyn Monroe; and an embarrassment of Rothkos, Bacons and Dalís besides. But you’ll find the most impressive landscape on the top level of the Blavatnik Building – a free viewing platform with stunning panoramic views across the whole city (and wine).

Beyond the permanent collection, there’s also a set of ticketed temporary exhibitions offering in-depth retrospectives of particular artists, or broad-ranging explorations on a theme or artistic movement. Currently, you can dive into the colourful, theatrical world of Lubaina Himid (until 3rd July), whose work addresses gender and the Black experience; admire the work of surrealist artists beyond the typical Western-centric canon in Surrealism Beyond Borders (until 29th August) and walk through two of Yayoi Kusama’s dazzling infinity mirror rooms, which are booked up until the end of March but will have more tickets released ‘soon’ (we’ll update this once we hear more). It’s also worth knowing if you’re reeeally desperate to see them that you can get free entry as a Tate member. 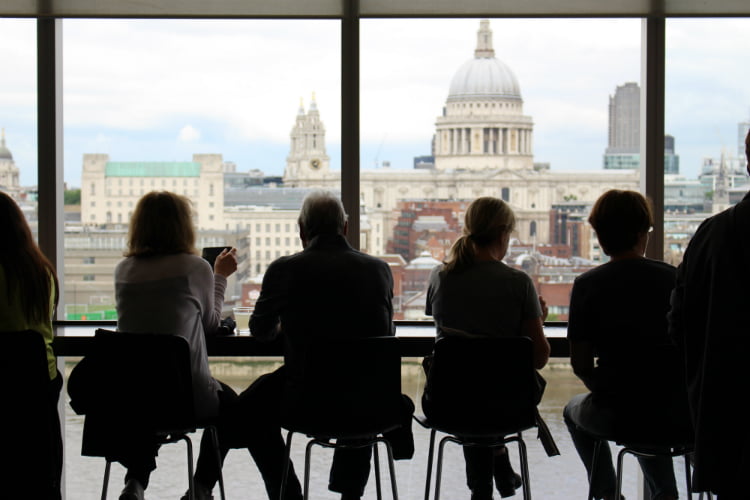 Tate Modern’s pièce de résistance, of course, is the grand Turbine Hall. Standing the full height of the main building, this vast space plays host to some of the gallery’s most impressive large-scale sculptures and installations, which pop up for a few months at a time. In the past, it’s been the site of giant looping slides, a sun, and a big crack down the middle of the floor, and most recently Anicka Yi’s flying, scent-producing jellyfish robots were flying around the space. Currently it’s vacant while the next installation gets set up, but as the heart of the museum you can still get a sense of the building’s vast scale and eccentric architecture as you wander round.

Once you’ve made as much sense as you can of the art on offer (and possibly caught yourself accidentally admiring a genuine fire extinguisher or two), you can debrief over a coffee – or something stronger – in the restaurant and bar, with views over St. Paul’s and the river. Or head down to the Terrace Bar in the Blavatnik building, which once a month plays host to ‘Tate Tap Takeovers’, with a guest craft brewery on the taps, and entertainment from DJs and Hip Hop Karaoke. That’s all part of a busy after-hours programme that also includes Tate Lates, where you can take part in themed activities, listen to artist talks, and take a peek at the exhibitions with a cocktail in hand.

NOTE: Tate Modern is open daily 10am-6pm. It’s free to enter, but you’ll need to book entry in advance, and temporary exhibitions are ticketed – find out more, and book ahead, HERE.

Looking for art in the city? Check out what’s on in London’s art galleries