In its storied 190-year history, the building that’s currently the Almeida has been a warehouse for carnival novelties, a hub for the Salvation Army, a gentlemen-only members’ club, and a lecture hall for a scientific & literary institute (with its own small natural history museum).

Although technically speaking The Almeida is actually a ‘producing house’, meaning that it strictly creates its own shows, many of which then go on to be performed in big-name theatres in the West End. But that’s all part of the charm – here, you’re guaranteed to see something original on any given night, infused with the creative & boundary pushing sensibility that the place thrives on. 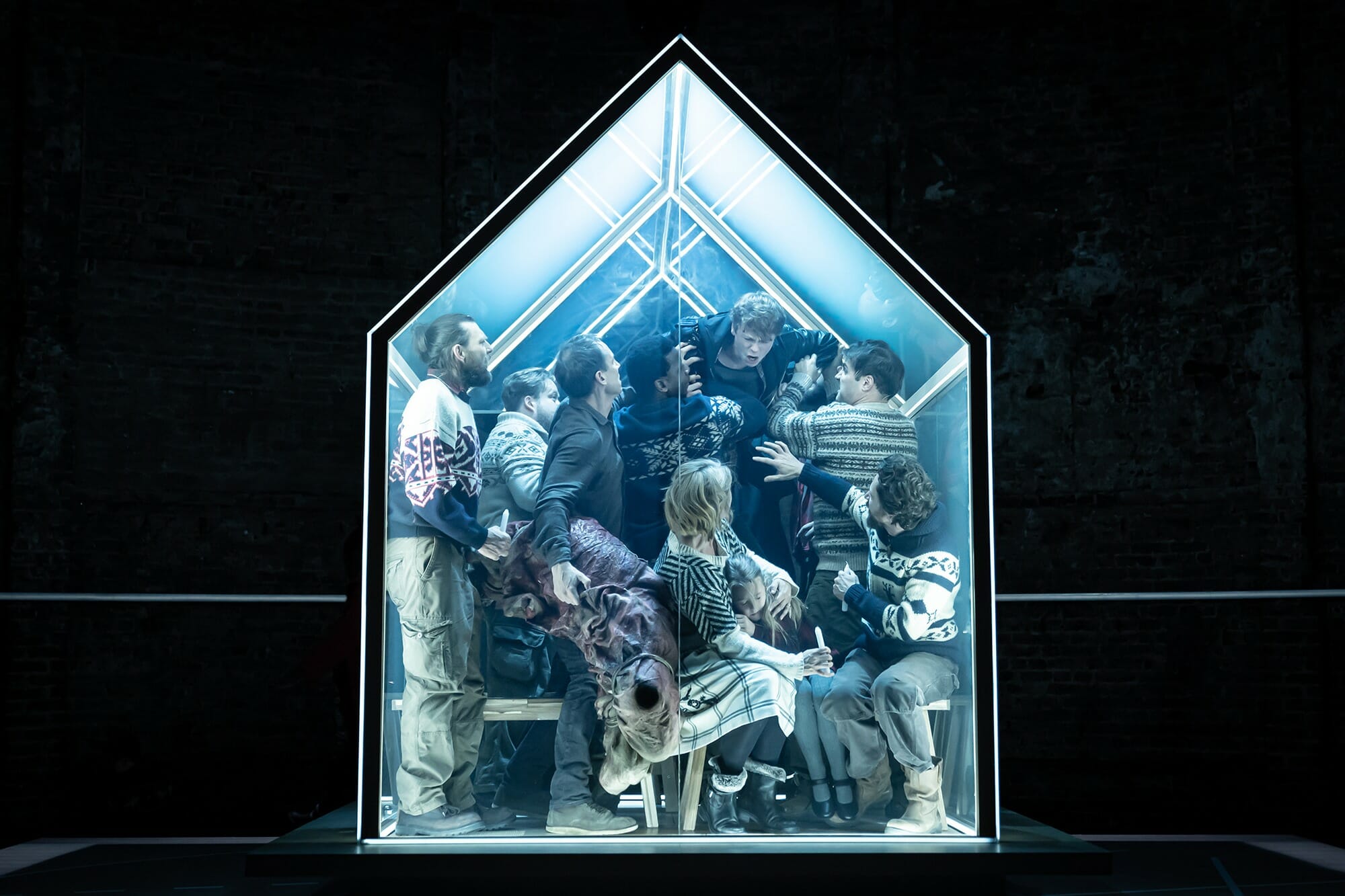 The building itself is appropriately beautiful, given its age. It’s been Grade-II listed, and looks every bit the part, with stately white columns propping up a double-height facade. That’s all in slight contrast to the very novel ideas being bounced around inside, where cutting-edge shows are the order of the day. You’ll see those shows in the 325-seat main auditorium, which seems like a lot, but it somehow comes off as being quite intimate. No matter where you sit, the stage feels close, and the energy from the performers is palpable.

The shows they put on have included some absolute masterpieces, with everything from the classics (like Summer & Smoke by Tennessee Williams); to the Shakespearean (Andrew Scott’s take on Hamlet was legendary); to the contemporary (Chimerica swept the Olivier awards); to the experimental (they’ve adapted the Twilight Zone and American Psycho to the stage). They even adapted a show called Mr Burns: A Post-Electric Play, that depicted a post-apocalyptic future in which a theatre troupe attempted to perform classic Simpsons episodes from memory, ads and all.

The Almeida’s also dedicated to ensuring that theatre’s accessible to everyone – they offer £5 tickets for every show to under 25s, and 26-30s can get £15 tickets on Mondays (if that’s you, you might want to take a look at these other discount ticket schemes at London theatres).

And if you’re in the market for a little pre/post show nourishment, the building is directly opposite a lovely little Italian joint called Radici. The food is simple, but good.

They’ll leave the theatre to the professionals.

NOTE: The Almeida Theatre is open now. You can find out more and book tickets at their website right HERE.

Like keeping up to date with all the best theatre shows? We’ve keep a regularly updated list of them all here.