As grandpa always says, “You’d be speaking German if it wasn’t for me”.

He didn’t fight in the war, he just always said to choose French for GCSE.

The reality, however – ignoring the above – is that everyone alive in Britain during WWII was fighting: to stay upbeat, to support each other and, ultimately, to survive in the face of a gruelling war and, specifically, throughout the sustained bombing of Britain by Nazi Germany between September 1940 and May 1941. Their collective stiff upper lip, defiance and ‘Blitz Spirit’ – in the face of unthinkable hardship – is something we must never forget.

So let’s not, by getting drunk at the Blitz Party. 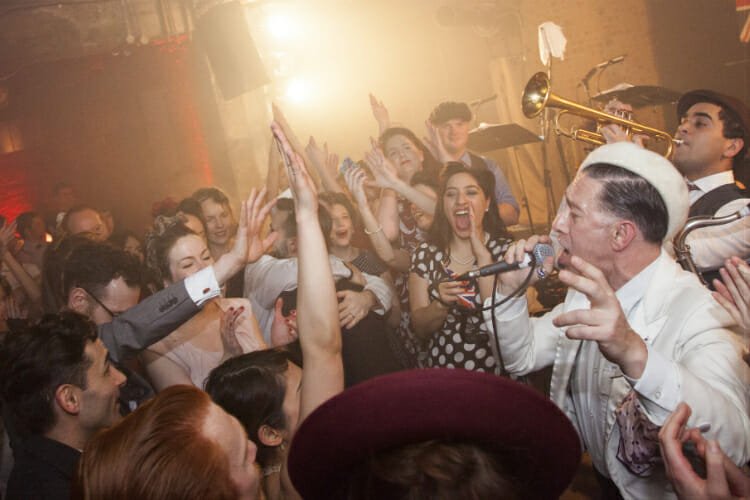 Popping up in a recreated London bunker beneath Waterloo station, the party’s as much a time-travelling experience as it is an old school knees-up. Surrounded by hundreds of your fellow countrymen & women dressed up in 1940s tea-dresses, home front utility clothing, and perfectly pressed allied uniforms, you’ll be immersed in a wartime air shelter. Featuring a swing dance hall, a dedicated spitfire bar, a live music stage, projections of original newsreels and wartime films, and a bunker complete with the likes of sandbags, searchlights, blackout curtains, oil lamps and military bunk beds, you’ll find that ration books have replaced bar menus and scarce provisions line the walls.

The bunker opens at 7pm for a pre-party swing dancing class, with floor shows – including some of the UK’s finest live swing bands, performers, dancers and DJs – starting at 8pm, and the blackout continuing until late…

NOTE: The date for the next Blitz Party is yet to be announced, but you can keep an eye on ticket releases right HERE.

Enjoy alternative experiences and entertainment? Check out our guide to the very best of what’s on in London.