We interrupt this unexpected heatwave to bring you some very important news.

After a seven year absence (during which they were wowing audiences in New York and Shanghai), the pioneers of large-scale immersive theatre have announced a brand new London show for 2022. And tickets go on sale this Wednesday at 10am.

So, why should we be excited about this? Well, back before the word ‘immersive’ could be tacked onto anything to essentially mean ‘happening in real life’, Punchdrunk started making serious waves in theatre. They took the promenade artform and ran with it, constructing vast sets to explore and lacing the whole place with atmospheric, spine-tingling soundtracks. Their last London show, The Drowned Man, was a mix of dance and theatre based on the play Woyzeck, set over four floors of an abandoned post office sorting warehouse. Audience were dressed in surreal, anonymising masks, allowing you to eavesdrop on conversations and become a voyeur in the characters’ lives. There were famously scenes that only one audience member would get to see each night. And the intricately detailed sets – complete with letters stuffed in office drawers and working telephones – spanned from a classic Hollywood film studio to a trailer park, a forest and even a desert, all connected by a kind of mystic elevator and totally free for you to explore, at your whim, over the course of the evening.

In summary: the kind of mysterious, transcendent event that only comes along once in a lifetime.

Except, luckily for you, it’s coming again. 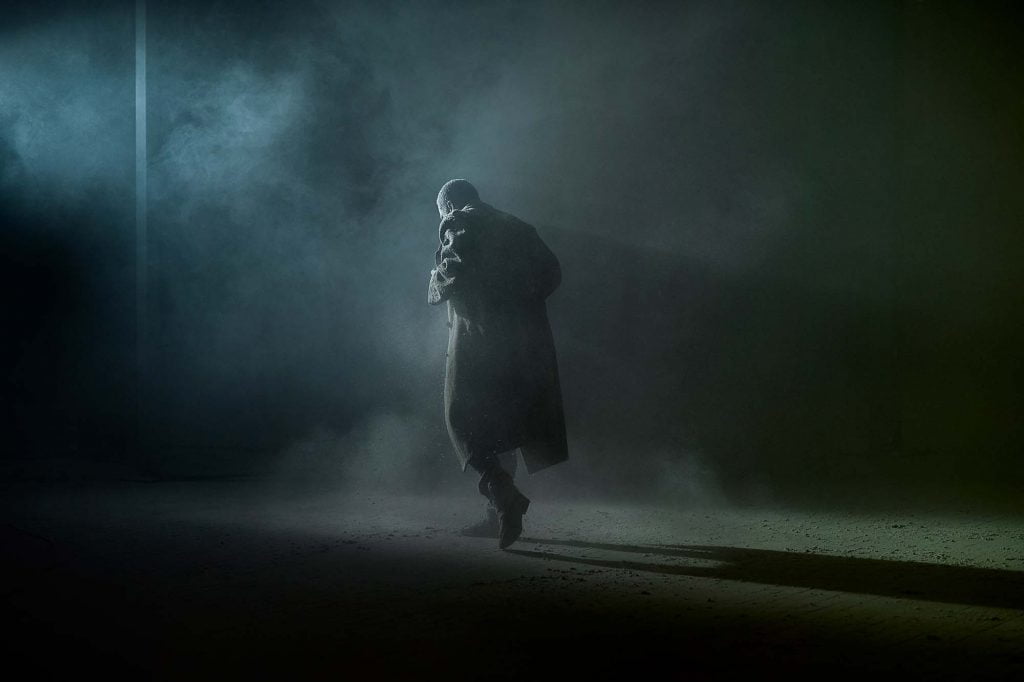 The company are about to take up permanent residence in a new cultural hub called Woolwich Works. It opens next month, and it’s going to see a handful of amazing creative companies – including the country’s first Black and Minority Ethnic-led orchestra, Chineke! – settle into converted warehouses and industrial buildings, first used centuries ago for making gunpowder and fireworks.

A vast chunk of this space will become the setting for Punchdrunk’s new show, The Burnt City. Three historic, Grade II listed buildings will be reinvented as a kind of futuristic, neon-drenched version of two ancient cities, Troy and Mycenae, complete with apartment blocks and secret passageways. It’s set to be their most ambitious show to date (which, for them, is really saying something), set over a 100,000sq m set where – we’re told – you’ll encounter gods, monsters… and at least 599 mortals in the form of your fellow audience members.

March 2022 might sound like a long way away, but this is one you’re going to want to jump on when tickets are released this Wednesday. After all, you should never look a gift horse in the mouth…

The Trojans learnt that the hard way.

NOTE: Punchdrunk’s The Burnt City opens in March 2022. Tickets go on sale this Wednesday 8th September at 10am, and you’ll be able to book right HERE.