Sir Francis Drake had quite a life.

And some of the best bits were on the Golden Hind.

It was aboard that fine vessel that he circumnavigated the globe, invented the mojito, claimed California for the English, captured 26 tonnes of silver from Spanish galleons, and was knighted by Queen Elizabeth.

And despite the fact that the original Hind has long since made best friends with Davy Jones, we have the good fortune of having an exact replica floating in a small Bankside dock. This is the Golden Hinde, with an ‘e’ at the end to differentiate it. It was built in the early ’70s to be identical, plank-for-plank, to the original ship. It’s completely seaworthy, and they even took it on a circumnavigation of the globe too, using Drake’s exact route. And to date, she’s travelled more than 140,000 mi (230,000 km), which is roughly five times around the planet.

And now, she’s permanently moored in a snug little Thameside dock right behind Borough Market, where she acts as a museum ship. And, it’s worth pointing out that even that shares a neat symmetry with the original – the first Queen Elizabeth made the first Golden Hind a museum ship too. 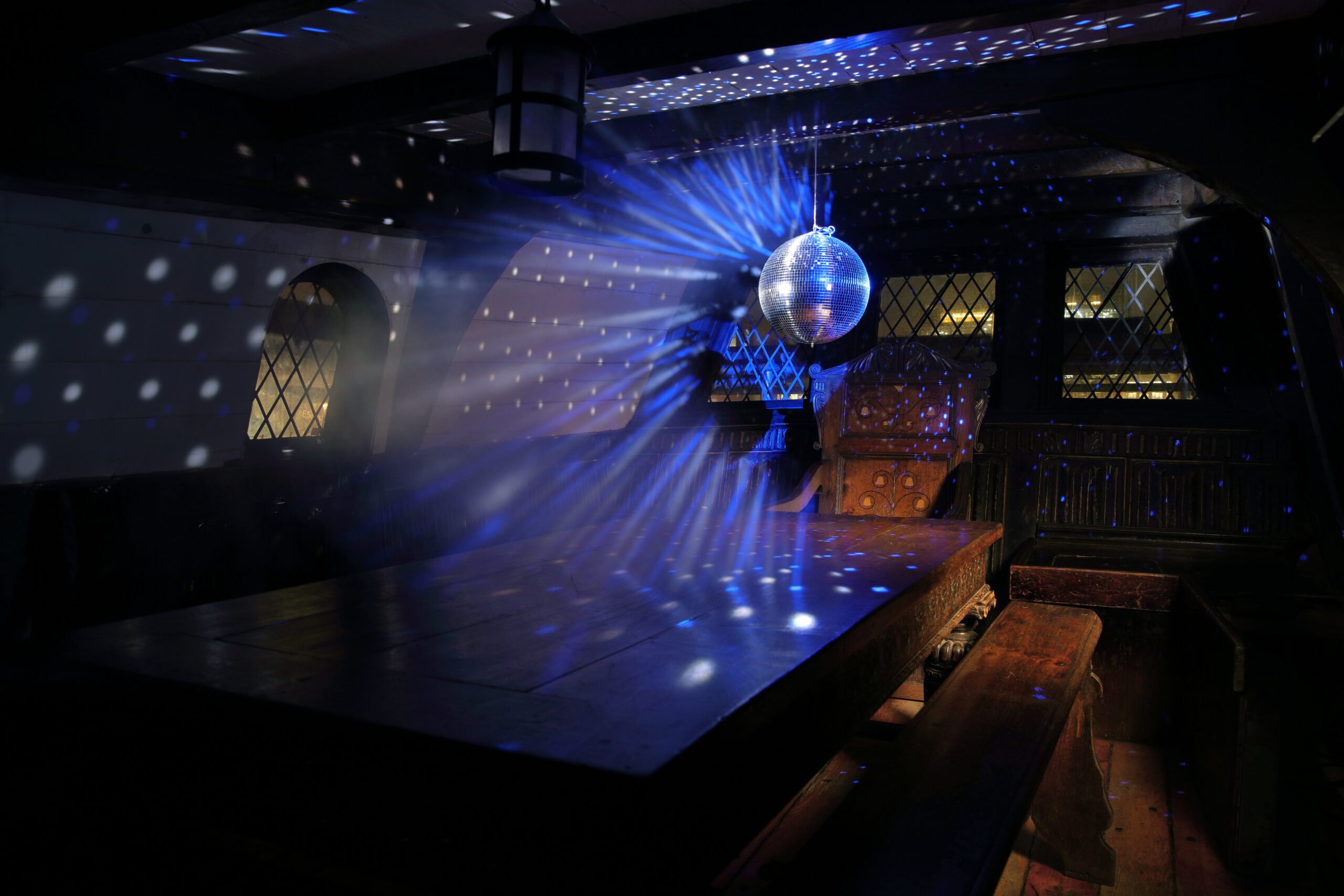 Now, if you’re thinking this room doesn’t scream historic museum ship, you’d be correct – because these days you’ll also find a nautical escape room on board, too. Locked inside a small cabin, you’ll need to use your wits (and ropes, pulleys, and old-timey maps) to get out again.

For those after a visit with less peril and adversity, you can hop aboard for a quick tour on any given day of the week, and either wander around self-guided, or you can get a crewmate to talk you through it all.

And if you get peckish afterwards? Well, let’s not forget that you’re literally right behind Borough Market, if you fancy smuggling a snack on board.

Just don’t get anything on sail.

NOTE: The Golden Hinde is open daily. Entry costs £5, and you can find out more HERE.

Like uncovering quirky places? Check out these unusual museums in London.