A Multicoloured Tidal Wave Is Washing Up In Greenwich

If you haven’t been to Greenwich, it’s about time.

But they do other things too. And one of them is the Greenwich & Docklands International Festival (or ‘GDIF’ to anyone who wants to save precious syllables). It’s basically a big showcase of outdoor theatre and performing arts, and it’s almost all completely free. Plus, it’s a good excuse to visit Greenwich, and check out the Royal Docks, the Naval College, the Maritime Museum, and grab a bite at one of Greenwich’s best restaurants while you’re there.

Island of Foam: Version XVIII – German artist Stephanie Lüning will fill Greenwich Peninsula with “mountains of rainbow coloured foam”, which you can then dive into and gleefully mess around with.

CROWD_CTRL – this 4-person, award-winning dance troupe will light up the stage with futuristic Afrobeat moves paired up with LED wall art and some hi-tech “motion graphics”. Which sound cool, whatever they are. 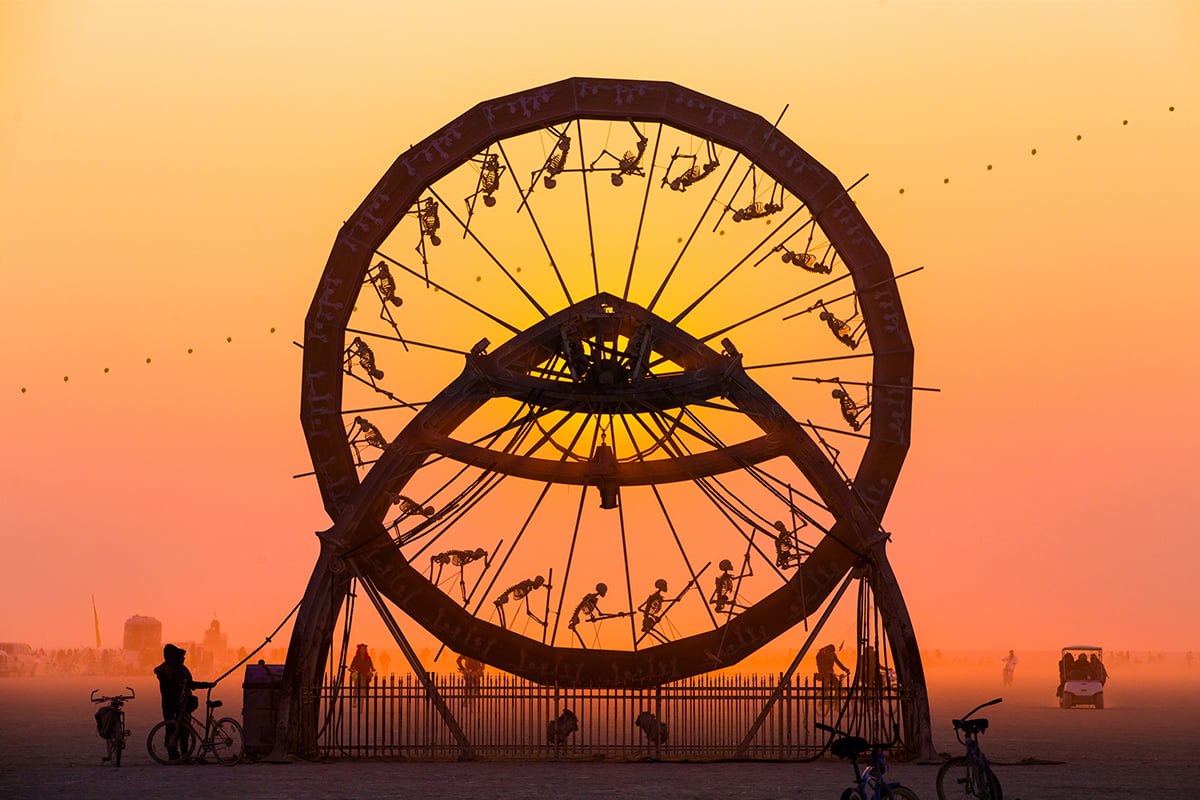 Charon – this 32ft high installation will be covered in posed skeletons, and each night a team of volunteer operations (so, quite possibly you) will bring it to life by turning the giant wheel, moving the skeletons, and creating a slick zoetrope effect, all while “bathed in dramatic light and sound”.

There are a bunch of dance shows in the works too, including one that aims to “reframe the history of Greenwich’s colonial past” thanks to some “costume, activism and voguing”, and a Royal Ballet performance with wheelchair-bound dancer dancer Joe Powell-Main. And all of this is just a mere tease of the full banquet – the complete programme will be released in June.

Which isn’t a huge amount of time…

NOTE: The GDIF takes place from 26th August until 11th of September across the borough of Greenwich. You can find out more, and book tickets at the website right HERE.

Like theatre, but more indoorsey? Then head right this way…