You’ve skated. You’ve gawped at lights. You’ve shuffled round Christmas markets double-parked with mulled wine to keep your hands warm. And now you’re ready to do something entirely left-field in honour of the festive season.

As always, London’s magicians have got something up their sleeves.

The Magic Circle is a worldwide network of illusionists who are solemnly sworn to secrecy (only eventually allowing Stephen Mulhern to rejoin after he revealed the secret behind a trick on a children’s TV show). Their London HQ – aka ‘the house of 1000 secrets’ – is usually closed to the public except for occasional shows and museum tours, where you can see Houdini’s handcuffs, and Prince Charles’ cups and balls. And every year, they open their doors for a riotously entertaining Christmas show in the building’s teeny tiny theatre. 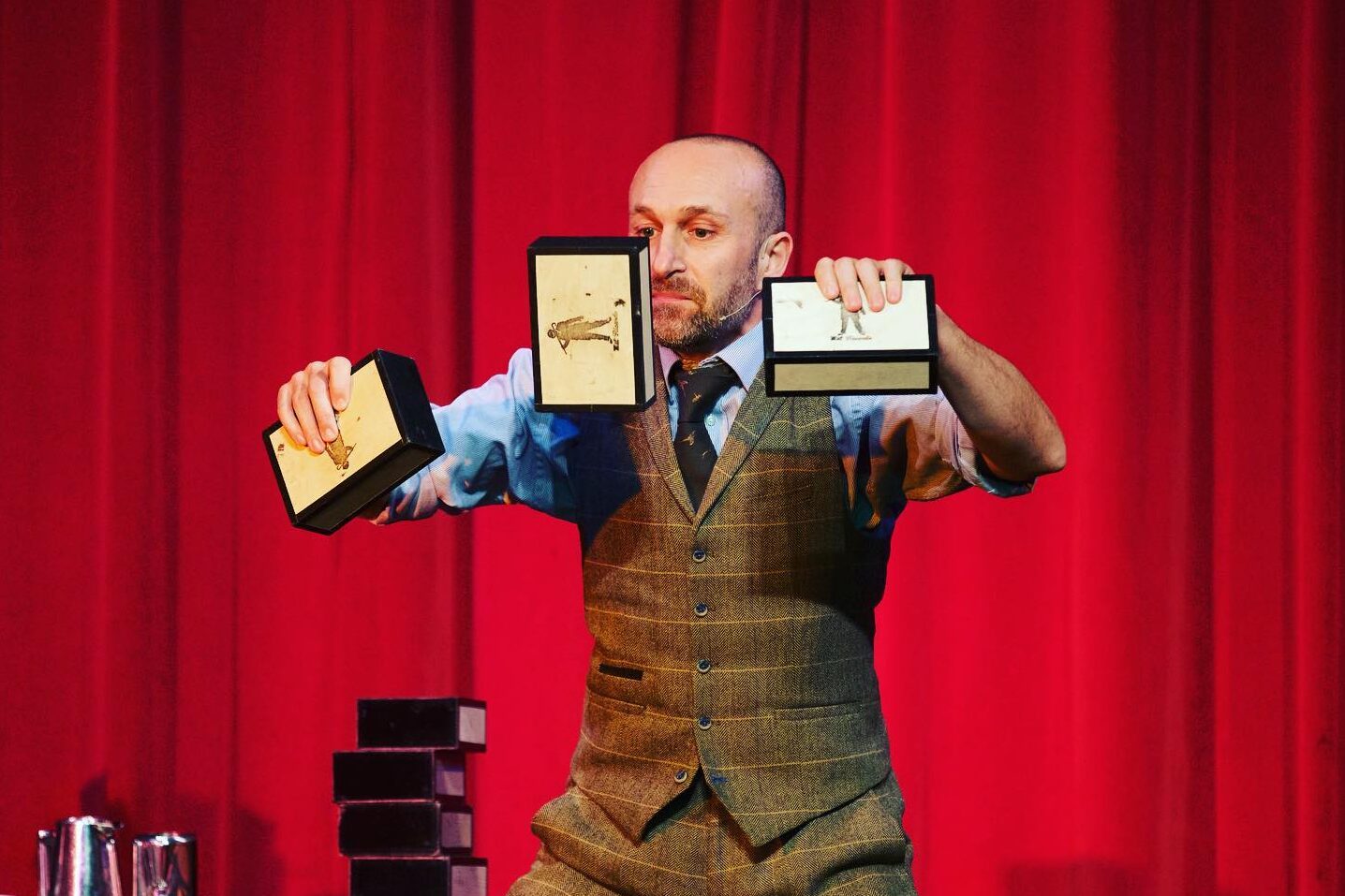 As with most inconspicuous buildings with clandestine interiors, you’ll find it in Euston. Before the show even begins, you’ll be able to pore over magical artefacts in their museum with a glass in hand; rub shoulders with illusionists performing close-up magic tricks; place your bets at the Bunco Booth (an old-timey fairground hustler’s stall where – no matter how confident you might be feeling – you’re almost always guaranteed to lose); and take a photo in something called the ‘Zig Zag Illusion’.

Which sounds anything but straightforward.

Then as the bell tolls, it’ll be time to take your seats in the cosy but plush theatre upstairs, and sit back as a world-class line up of professional illusionists, magicians, and otherwise talented showpeople gently blow your mind with incredible feats of daring, mind-reading and sleight of hand. Naturally, a magician’s show never reveals its secrets, but previous acts have included transforming a hat and cane into a table; bottomless whisky bottles; and levitating unwitting members of the audience.

Best have a light lunch, in case.

Looking for a little festive entertainment? Check out Circus 1903 and La Clique.