The Magic Circle is one of the most secretive organisations on earth.

So the fact that it operates a museum revealing the secrets behind some of their most famous illusions might seem like a bit of a contradiction… but that’s what the Magic Circle does at its headquarters in Euston, where as well as seeing some of its extraordinary exhibits, you can also watch magic shows in the theatre.

The society itself was founded in 1905 by 23 amateur & professional magicians who met at a Soho pub, and in the intervening century that number has grown to over 1,500. The Circle only started inviting women to join in the ’90s, and then in 1998 it moved to a purpose built home in Euston where a theatre, library, and the magic museum – aka the “house of 10,000 secrets” – were installed. 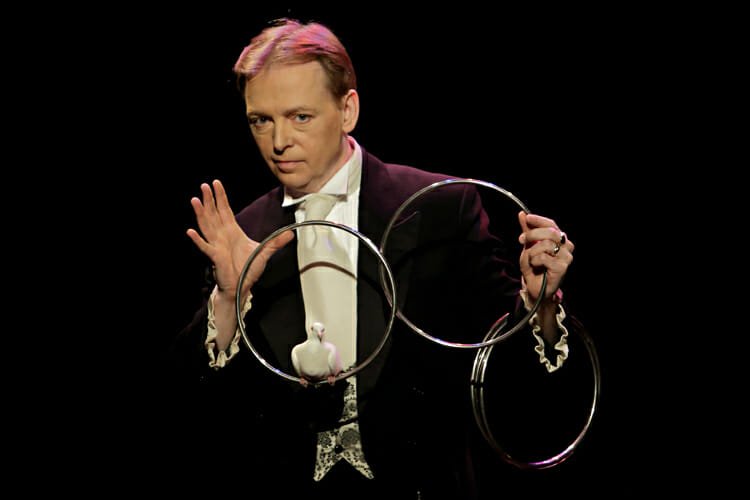 That museum isn’t open to casual drop-ins, however, so if you want to check it out you’ll need to join one of their fortnightly Monday morning History & Mystery tours, which will net you a tour of the HQ, some close-up magic, and a short show in the theatre. You’ll get to see exhibits including Harry Houdini’s handcuffs, the cups & balls that Prince Charles used when he took his examination to become a member (yes, the future king is a member of the Magic Circle), and Maurice Fogel’s X-rays showing the bullets he caught in his chest & hip, instead of his teeth as he was hoping.

There are a ton of other shows on offer, with everything from their regular showcase evening performances, to intimate close-up magic shows, to educational children’s shows in the school holidays, and their immensely popular Christmas act. It’s always worth considering…

…if you need something different to pull out of the hat.

NOTE: Tickets to shows at The Magic Circle are available now. The venue is not open to casual drop-ins. You can find out more, and see the full events lineup at their website right HERE.

Like visiting quirky places? Check out these other unusual London museums…