But the people behind Rebel Lectures are rebelling against all that. After shaking up the world of number-calling with Rebel Bingo (which has since spread from London to LA), they’re now aiming to do the same thing for talks.

COOL. SO WHAT’S THE DEAL?

Put simply, they believe that lectures should be “more intense, more emotional, more dramatic, more anything”. It’s all inspired by the founder’s dive down the podcast rabbit-hole, which awakened a dormant, deep-seated lust for learning – he realised that an injection of passion can make literally any subject interesting, and decided to try and prove it to the world. 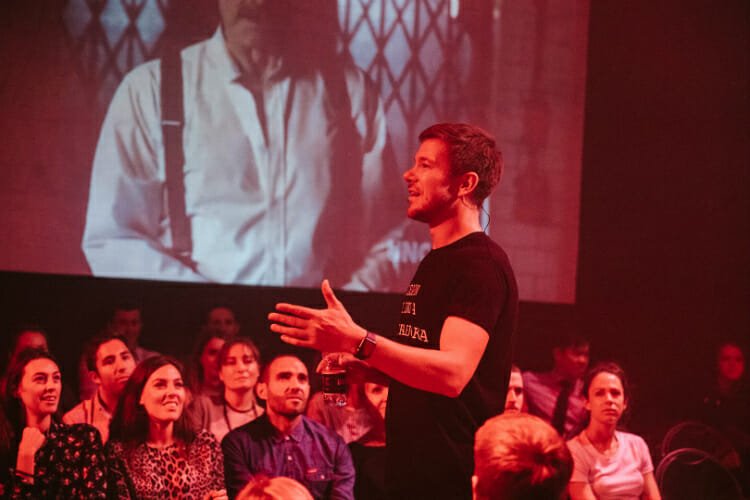 I’M INSPIRED. WHAT ARE THE TALKS?

How I Helped Start A Revolution, Then Fell Apart: Woah. Sounds deep. Well, it turns out that founding a multi-million pound entrepreneurial business in the world of rebellious bingo doesn’t come without its drawbacks. Founder Freddie Sorensen will talk about his first-hand experience of the ups and downs of striking out on your own, taking a frank and honest look at mental health along the way.

Depression for Beginners: Ready for part 2? Here’s the bit where Current Freddie talks to Past Freddie, and tells him all the things he’d wished he could ask at the time. It works as a standalone lecture, too, so you don’t need to attend the whole trilogy for it to make sense.

Depression for Winners: Taking a very un-depressing look at mental health’s biggest black dog, this talk rounds the story off with the lessons that can be taken from depression, with ideas on how to try and turn low moods into an advantage, and how being in “the depths of hell” can actually help set you free.

We’d tell you to go…

…but we don’t want to lecture you.

NOTE: The next set of Rebel Lectures takes place at The Courtyard Theatre in Hoxton. You can book tickets (£7-15) right HERE.