Please note, the Swingers Open 2019 has sold out, and the winner of the competition that was running on this page has been chosen.

Think of the three friends that you’re going to take with you to New York for a two-night stay at the stunning 4-star Hoxton Hotel Williamsburg, where together you’ll enjoy lush boutique hotel rooms; access to a trio of restaurants; and cocktails on a rooftop bar with beautiful views of Manhattan…

And then ask yourself – can they play crazy golf?

1) Enter your team into The Swingers Open, London’s greatest crazy golf tournament – nay, sporting event – which is back for its third glorious year with a simpler, quicker format.

2) Win your heat, and progress to the Grand Final… 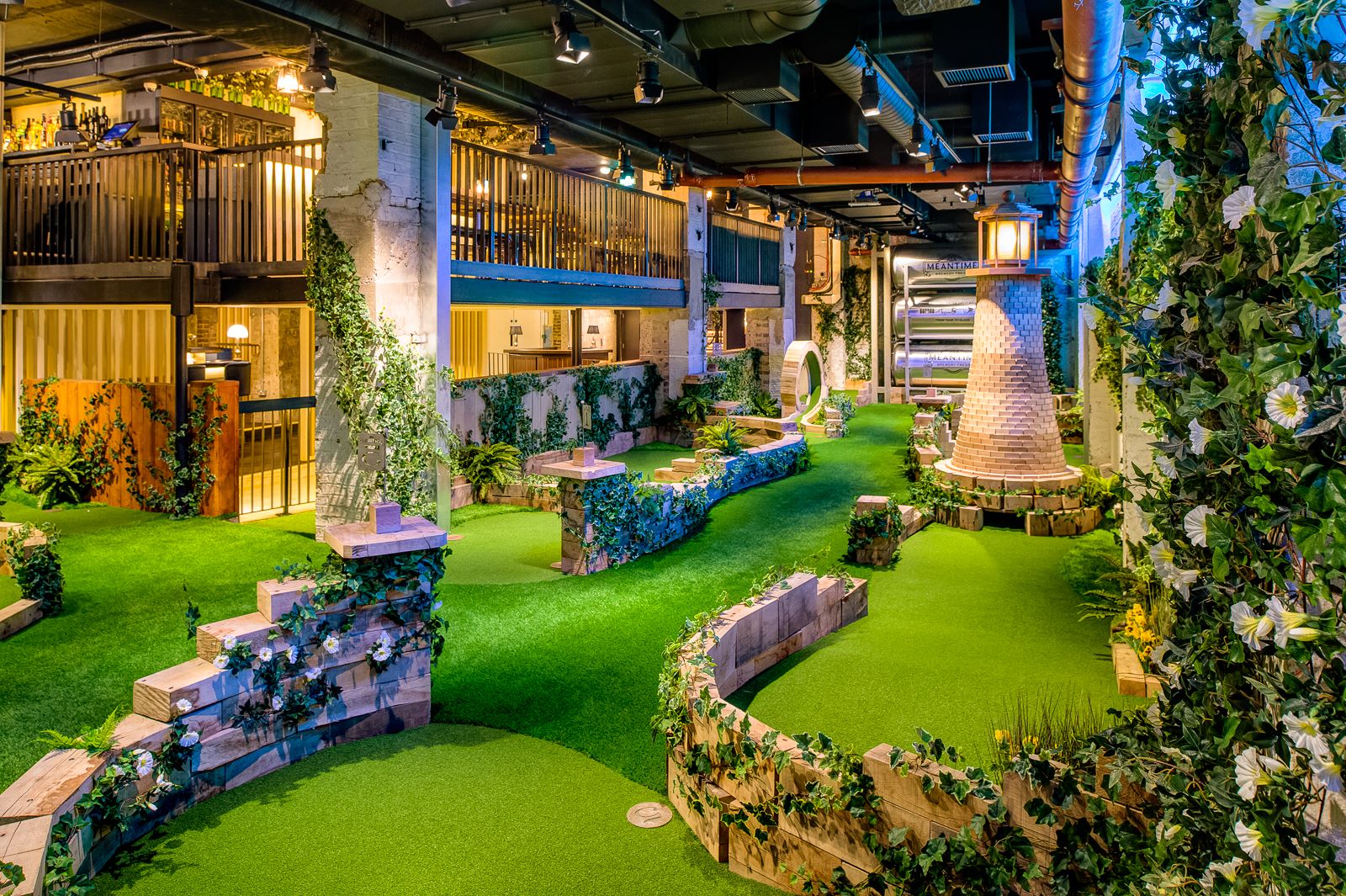 This year’s tournament is powered by Tanqueray No. TEN gin (which is another way of saying that there will be a lot of top-shelf G&Ts involved), there are only two steps to winning the whole bang shoot (win your heat, then win the grand final) and every team must include exactly four players.

Sooo after rounding up three team mates the first order of business will be to choose your team name (last year’s teams included “Gee & Tee”, and “Dude Where’s My Parr”) and then get along to your heat at Swingers City where you’ll putt on courses featuring loop-the-loops, jumps, sand-pits and giant helter-skelters (and where you’ll also enjoy a couple of Tanqueray No. TEN drinks, some street food, nibbles, and a very snappy limited-edition Swingers Open golf visor). There will be prizes given out at the end of your heat including Tanqueray No.TEN hampers (filled with an awful lot of gin), £50 bar tabs, and bottles of champagne… but obviously the main prize is progression through to the Grand Final on 4th November 2019.

It’s worth pointing out, however, that out of fifteen teams per heat, SIX of those will progress to the Grand Final where the winners will receive the coveted Swingers Open trophy; be photographed in the magnificently green Swingers Champions blazers; be immortalised on the Swingers Wall of Fame (and in The Nudge); and then be jetted off to NYC for the greatest weekend of their lives, ever.

In summary, win two rounds of crazy golf and you’ll win the trip to NYC.

You’re in with a very good shot.

NOTE: Team places are extremely limited. It’s £25 per person to enter a team of four into the heat stage at Swingers City – which includes includes the golf, x2 Tanqueray No.Ten & tonics each, street food, nibbles, and a Swingers Open visor – and which you can do via the box on this page. All winning teams will progress to the Grand Final at Swingers West End on 4th November 2019 (and everything’s gratis if you make it to the final – the golf, cocktails & glory are all on the house).

ALSO NOTE: Team kit is positively encouraged, but not mandatory.