As far as London attractions go (and London buildings in general), the Tower of London might just be the oldest, clocking in well over 900 years of service and still going strong. You’ll spy it on the bank of the River Thames – look out for that mighty medieval castle across from Tower Bridge – where it’s been stationed since around about 1066 when it was built by William the Conqueror.

A BRIEF HISTORY OF THE TOWER OF LONDON

The official, more formal and more wordy name for it is His Majesty’s Royal Palace and Fortress of the Tower of London and its first intended purpose was as a royal residence, a secondary home for kings and queens after the palace of Westminster, before it then took on a ton of different (and sometimes very random) responsibilities. Those included being a menagerie where Henry III and King John’s extensive exotic pet collection would roam – think leopards, lions, an African elephant and even a polar bear, who, on a leash, would apparently catch fish from the Thames. William also clocked onto the fact that the Tower of London’s moat (now waterless) and sturdy walls would make for a good fortress, and right he was, so it became a safe shelter for the royals when wars and rebellions raged on, as well as an armoury and storage space for securing royal treasures. 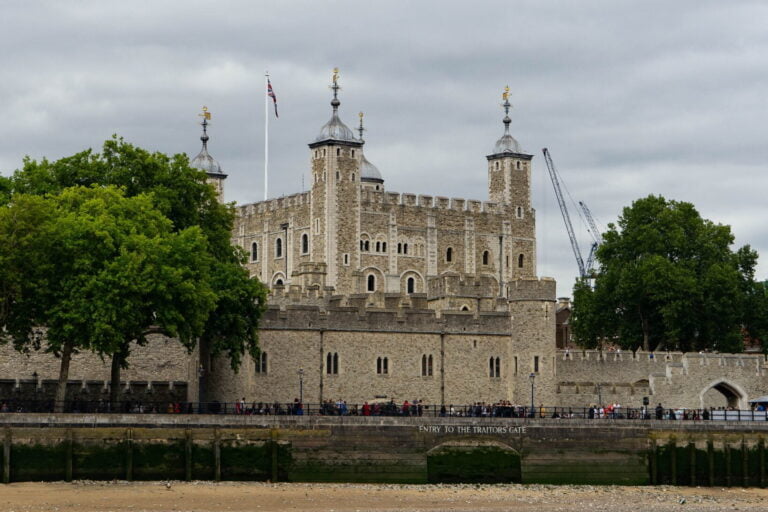 Perhaps the Tower of London’s most famous/infamous purpose, however, was as a prison, something it turned into when The Tudors (of course) got their bloody hands on it. Guy Fawkes and Anne Boleyn were among the high-profile people held captive here with the latter meeting her end (and losing her head) at nearby Tower Green. In total, 21 others were executed at the Tower of London, with the last person being Josef Jakobs in 1941, shot by a firing squad when he was outed as a German spy. Oops!

Mercifully, The Tower of London is a more peaceful place in our day and age, open to all and without the threat of execution hanging over your *ahem* head. In terms of what to see and do, there’s the Crown Jewels of England, aka a ridiculous stash of shiny rocks (over 100 objects made up of 23,000 gemstones, estimated to be worth £3-5 billion) acquired by the Royal Monarchy since the mid-1600s, chief among them being the sacred objects used during the coronation ceremony like the sceptre and the State Imperial Crown itself, worn most recently by Queen Elizabeth II. 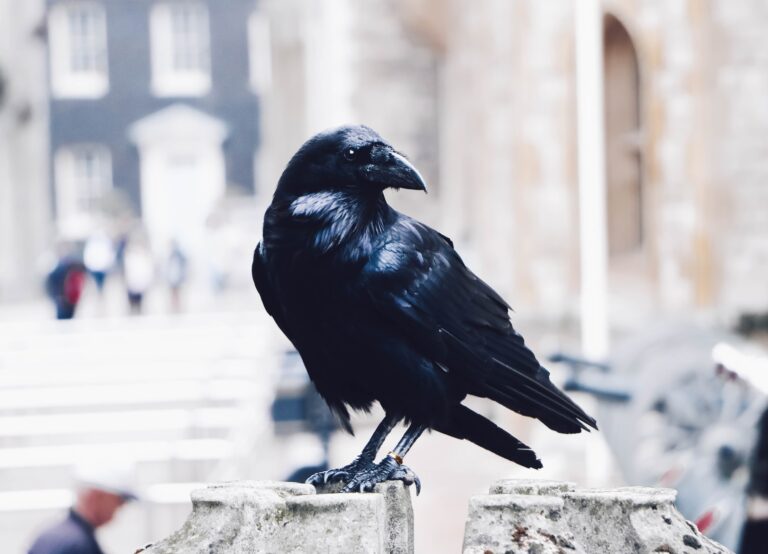 Beyond the window shopping, you can also check out the Tower of London’s torture instruments and chambers (it’s more fun than it sounds, promise), arms, suits of armour and the OG axe and block used to execute prisoners at the Royal Armouries in the White Tower (the Tower of London’s central keep); give prayers and admire the Romanesque architecture at St John’s Chapel; mosey from historic room to historic room; and even bird watch, as there’s seven ravens on guard duty who are staunchly dedicated to their job of protecting the premises, and indeed, the whole kingdom (don’t mess with them: Charles II dramatically once said that Britain will fall if six of them ever fly away…). 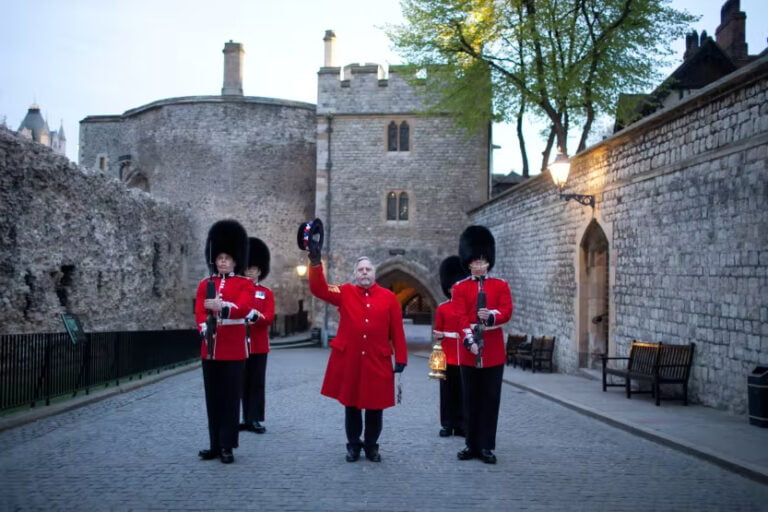 If that all comes across as overwhelming, it’s recommended to take a tour with the one of fancy-dressed Yeoman Warders. Also known as ‘Beefeaters’, they were originally Henry VII’s personal guards, who legend has it, received the moniker because they were granted access to unlimited beef from the king’s table. Modern Beefeaters know the Tower of London inside and out and may spill a few of the place’s juiciest secrets, as they live, work, and go to the pub here. They also perform the unbroken centuries-old tradition of the Ceremony of the Keys, a nightly event which is free to attend but needs some serious advanced planning (and time keeping) – find the info for that here.

As with all things to do in London, it makes sense to come early if you want to beat the lines, especially the one for the Crown Jewels, known to hit the one hour mark in the afternoons.

Queuing for that can be torture…

NOTE: The Tower of London is open everyday until 4.30pm. Entry for an adult is £29.90 and you can find out more and book tickets on the website, here.

All that history making you hungry? Check out our guide to the best restaurants in the City…