Jack the Ripper roamed the streets. Ikey Solomon – the inspiration for Dickens’ Fagin – was out picking pockets (and probably singing about it). The city’s well-to-do decided to improve the lives of the masses by bringing them culture, and in 1901, the Whitechapel Gallery opened its doors.

Since then, the gallery has exhibited works by Jackson Pollock, David Hockney, Frida Kahlo and Lucian Freud. It even housed Picasso’s Guernica on its only visit to the UK. But you’ll also find visiting displays from international galleries, avant-garde contemporary art and creatively curated exhibitions on its walls, like the current exploration of the artist’s studio as subject matter.

Not until you’re in the gallery’s shadow do you notice its stunning façade. Half is the original building: a grand, castle-like structure with two towers and gold leaves scattered across the walls, finally added in 2012 following the gallery’s unfulfilled original designs. They shimmer wonderfully in the world-renowned, 100% reliable East London sun.

The other half is a red-brick Victorian library. This building was incorporated into the gallery in 2009, effectively doubling its size. In fantastic London style, Aldgate East tube station is sandwiched between the two halves. Degas – District Line – Warhol, no gap to mind. 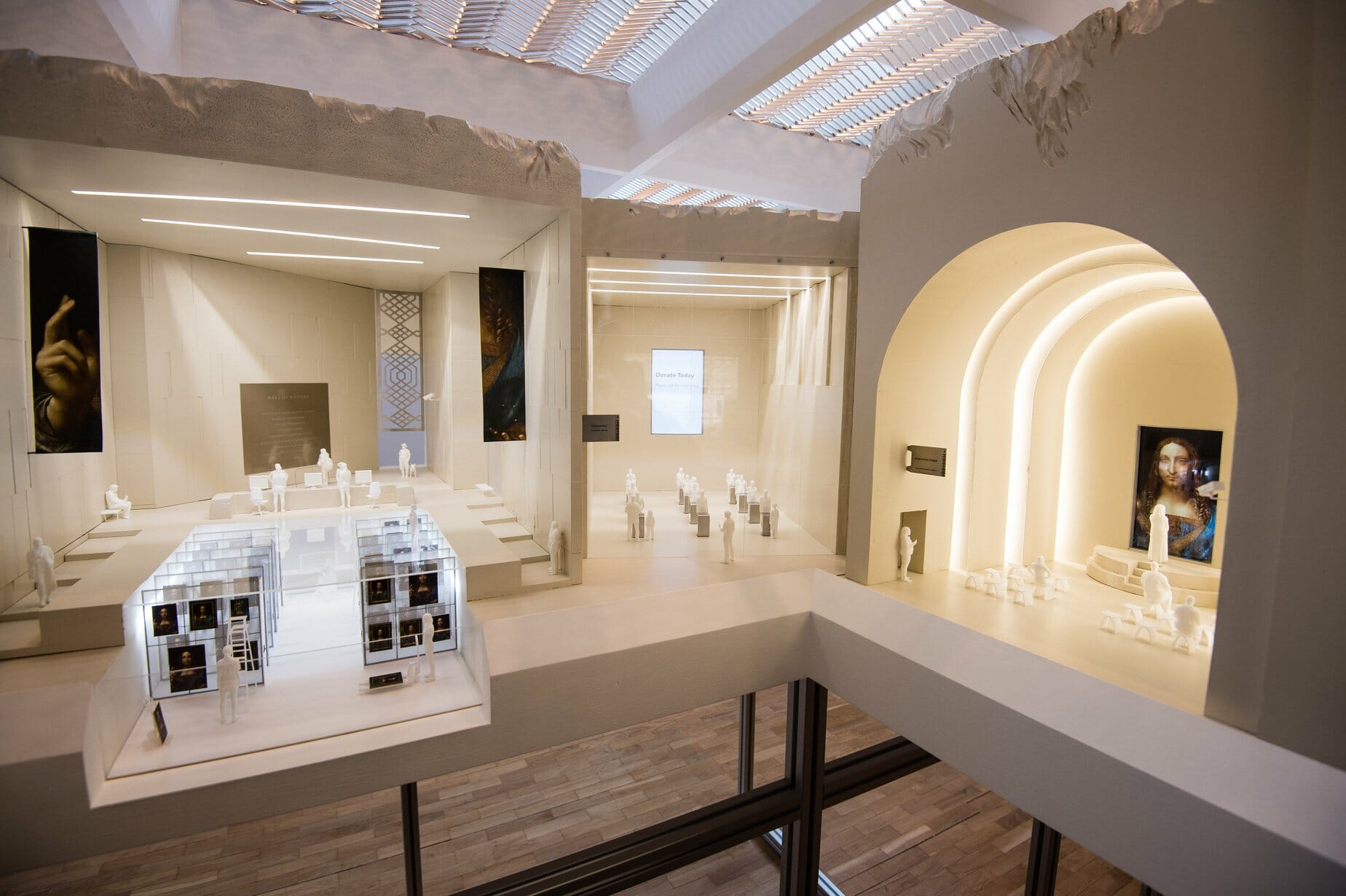 The exhibition rooms are impressive but unpretentious – bright and plain, letting the art do the talking. Sculptures aren’t set back; they’re right there amongst the visitors. There’s something engaging about having to actively avoid treading on a masterpiece. Looking out of the first-floor windows, you don’t see the Thames or Trafalgar Square, but the bookshop next door (about three feet away). This sums up a visit to the Whitechapel Gallery: despite being surrounded by world-famous art, it feels intimate and local, like finding a Picasso in a church hall.

Townsend – the restaurant/café/bar on the ground floor – is not your standard sandwich-and-crisps job. This seasonal eatery is a relaxed but sophisticated, truly British culinary affair. We’re talking full Englishes on the weekend, apple tart, fried guinea fowl. What Dickens might call…

NOTE: Whitechapel Gallery is open Tuesday – Sunday, 11am-6pm (9pm Thursdays). It’s free to enter, but some exhibitions are ticketed – you can check ahead, and see what’s on, HERE.

Like art? Take a look at what’s on at London’s art galleries right now…

William Morris Gallery A gallery devoted to the iconic Victorian designer (and author, and inventor). And activist.

South London Gallery Contemporary art in an international gallery with a local feel.