Clapham Common has got something not-so-common this festive season…

It’s back for another year, having debuted back in 2014 as a slightly cooler alternative to Winter Wonderland. It’s taken over a vast, festoon-lit area of the Common for the cold season, and stuffed it with a really rather ridiculous amount of rather ridiculously fun activities, food stalls, and more.

To quench thirst and assassinate hunger, they’ve bussed in regulars for the Street Feast hall & Truck Stop parking lot, with traders including Yum Bun, The Raclette Brothers, Fundi, and more. There’s bars too, including one at the Solo Craft Fair (which is, essentially, one big Christmas gift market), a festive cabaret bar inside a big top, and pop up chalets toting boozy hot chocolates and plenty of snacks to be had in-between the various fairground rides. And besides all that? Weeeeell… 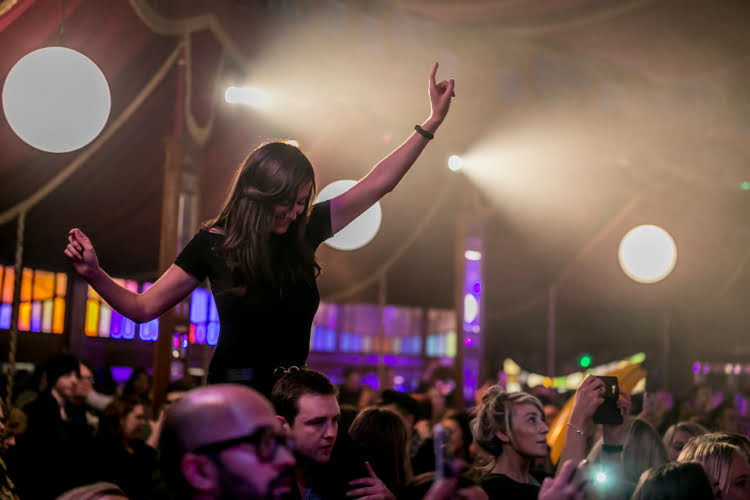 And as a capper, they’ve also got a giant, quirky, multi-roomed labyrinth that leads to a pop up festive cinema. Read all about it HERE.

NOTE: Winterville is open from Tues-Sun until 22nd December. Tuesdays are free entry, with prices from £2-5 for the rest of the week. You can find out more, and book tickets HERE.

Looking for more festive fun? Check out our ultimate guide to Christmas in London 2018

Your Weekend Guide Live music in a riverside garden and long-lost photographs from the 80s….

Unplugged At Madison is Back Live outdoor gigs at a rooftop restaurant overlooking St Paul’s….

Things To Do | Streatham

Intimate Outdoor Concerts & Theatre, In A Secret Garden With a surprise cameo from some Afghan-fusion BBQ.

The Best Exhibitions in London Right Now If you’re into infinite universes contained in teeny boxes, virtual reality croquet & giant hands… well, these exhibitions are for you.