What’s on in Shoreditch this month?

Well, a lot. Obviously. Because of all the neighbourhoods in London, Shoreditch has one of the highest densities of incredible restaurants to visit; hidden bars to hunt down; new rooftops like 100 Shoreditch and Laurel’s; shuffleboard courts; arthouse cinemas aaand time-warped houses stuck in the 18th century.

But what to do when you’ve exhausted all that?

Check out our Shoreditch agenda, giving you the run-down of all the most intriguing, joyful and downright rambunctious events taking place in the neighbourhood over the next few weeks… 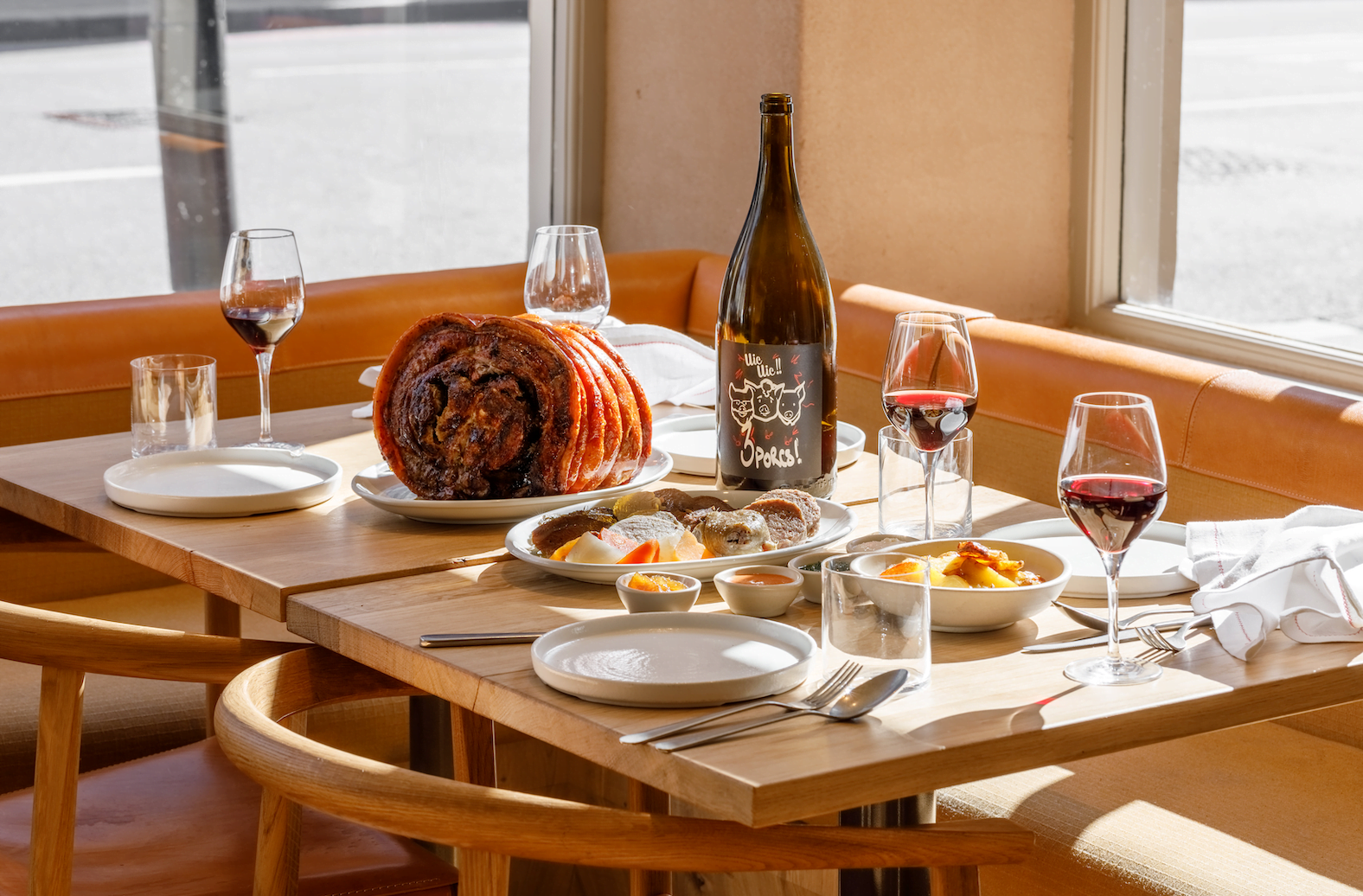 Break up with your current Sunday lunch ritual: Manteca Sundays have been going for a couple of weeks now and rival any roast. The feast starts out with appetisers like olives and mortadella (which you can see hanging up in the glass curing room) and smaller dishes like ricotta and pangrattato and Manteca’s legendary brown crab cacio e pepe. The main event, though, is a huge dish to share – from giant lasagne to slow-roasted ewe leg – washed down with magnums of sommelier-picked wine.

Sculpture in the City If there’s one thing you can be sure of at Sculpture in the City, it’s that nothing in the show will be a bust. After all, it’s a completely free sculpture trail, with works dotted around between Liverpool Street & Aldgate from artists like Eva Rothschild, Victor Seaward, and Jocelyn McGregor. And if none of those names mean anything to you, it’s because you just haven’t been to a sculpture show yet. Which makes this one all the more convenient. 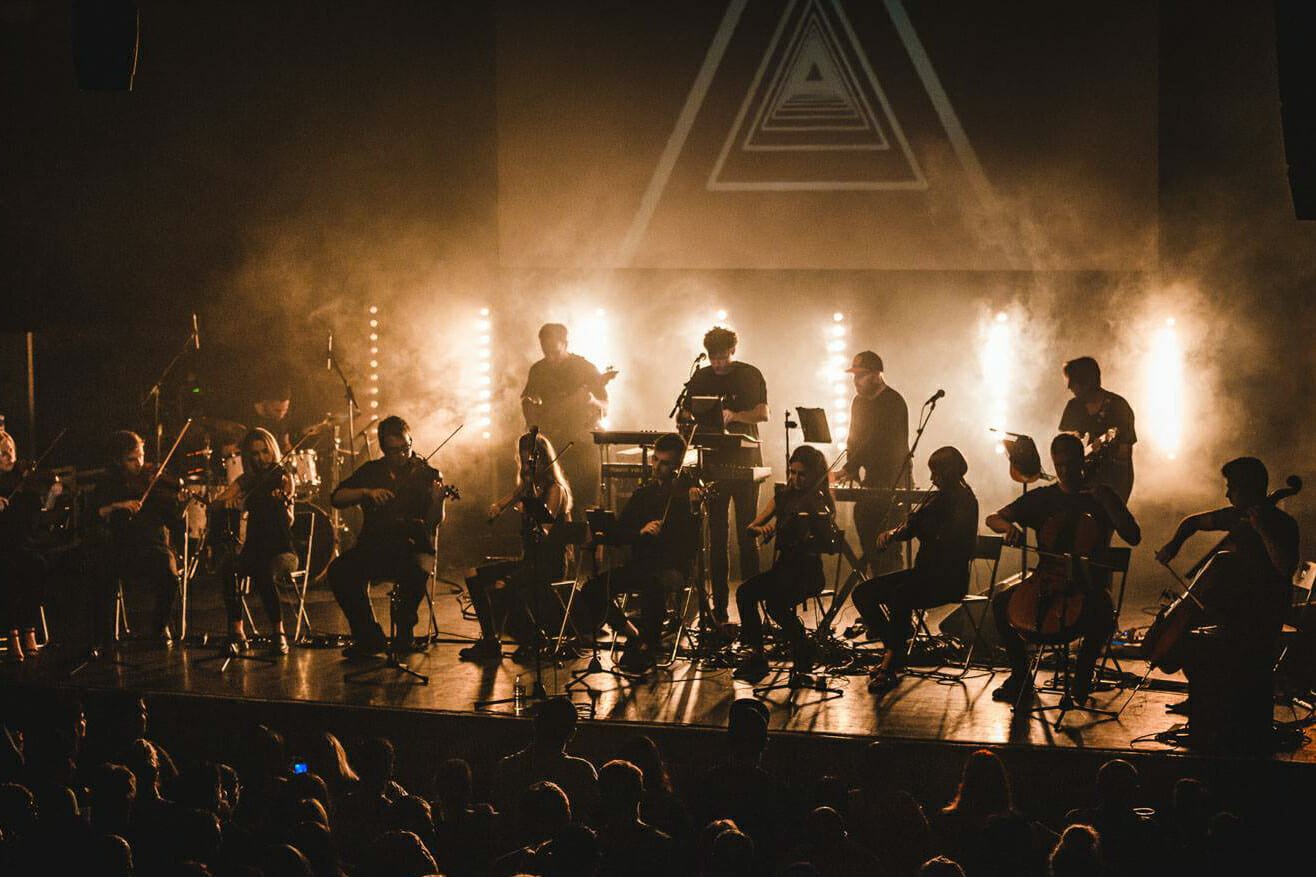 The Re:imagine orchestra are going to be Frank with you. Because they’ll be playing through the whole of Frank Ocean’s Grammy-winning album Channel Orange and his acclaimed follow-up, Blonde, stunningly rearranged for a full, 16-piece orchestra. There’ll be full string, vocal and percussion sections, and the whole thing will be accompanied by an atmospheric light show across the XOYO dancefloor.

For all those times you went on a horrific date and were consoled with the idea that hey, at least you got a good story out of it – this is your moment. The Book Club is hosting an open mic evening of comedy in which people share their dating war stories. Just hope your ex doesn’t turn up. 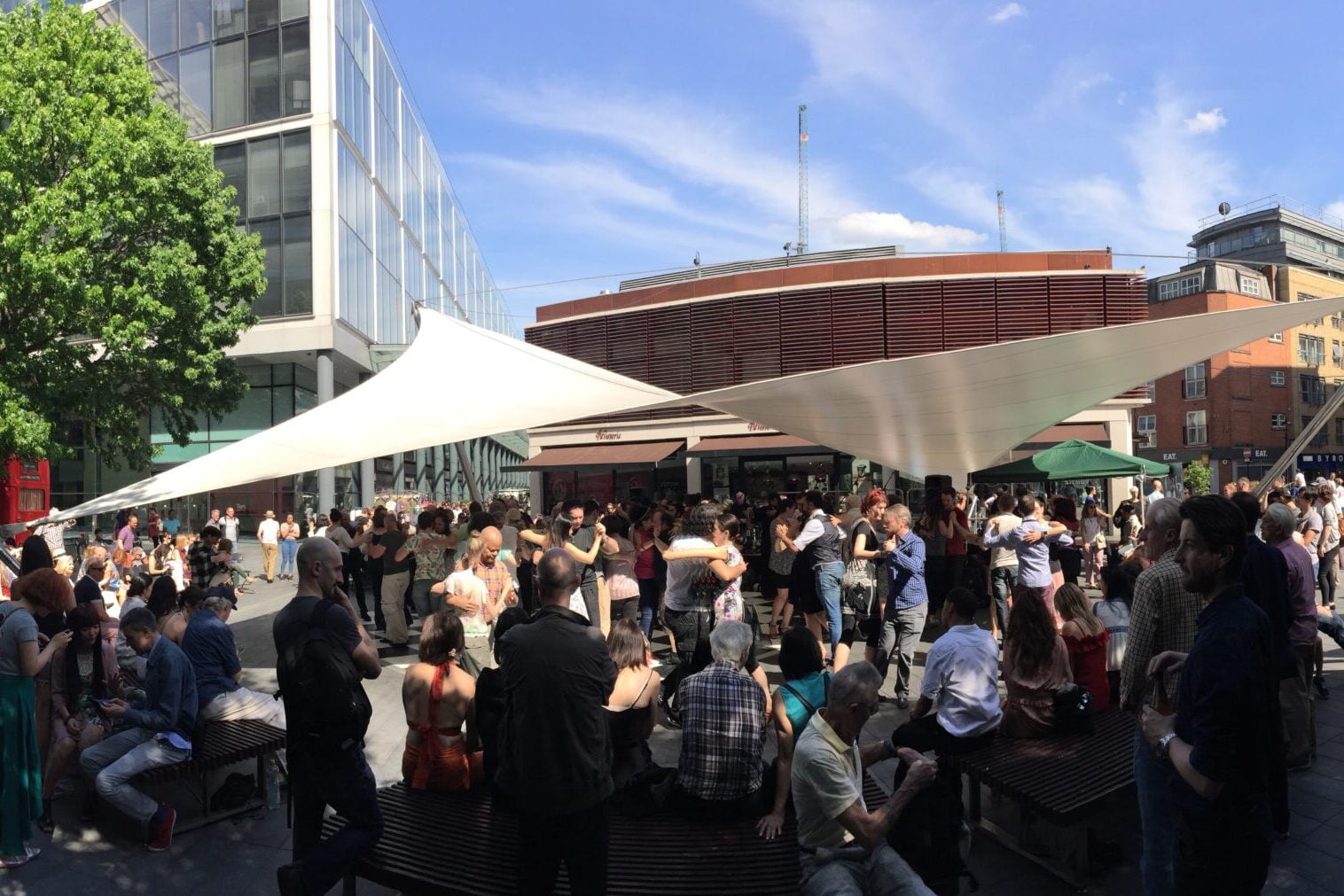 They may have had the last tango in Paris, but it’s still going strong in Spitalfields Market,where – throughout the summer – Tango Fever are hosting free al fresco classes and milongas (social dancing) under the shade of the market’s canopy. There’ll be DJs taking care of the music, and there are beginners classes at the start of each session to show you the ropes.

Would you like a taste of Pappy van Winkle? Possibly not, until you find out that it’s an esteemed line of Kentucky Bourbons – which you can sample in a guided tasting (alongside Cobble Lane charcuterie boards and welcome cocktails) at the gloriously atmospheric TT Liquor this month.

The city’s biggest celebration of Indian film-making talent drops later this month, with a packed programme showing at Rich Mix. On the slate: short film screenings with Q&A sessions; Bangladeshi drama No Ground Beneath The Feet; a double bill exploring emerging music genres in 80s London and 70s Bombay; and a night of live Bhangra performance followed by a DJ set.

LIFT festival is going down… to the basement of Shoreditch Town Hall, where Uplifted – a collective of next-generation creatives – are putting on a day-long bonanza of installations, workshops and DJs. Step into a room of abandoned objects inspired by the journeys of political refugees; learn to embroider or listen to a little spoken word; then end the night dancing to global DJs in a peeling Victorian cellar. 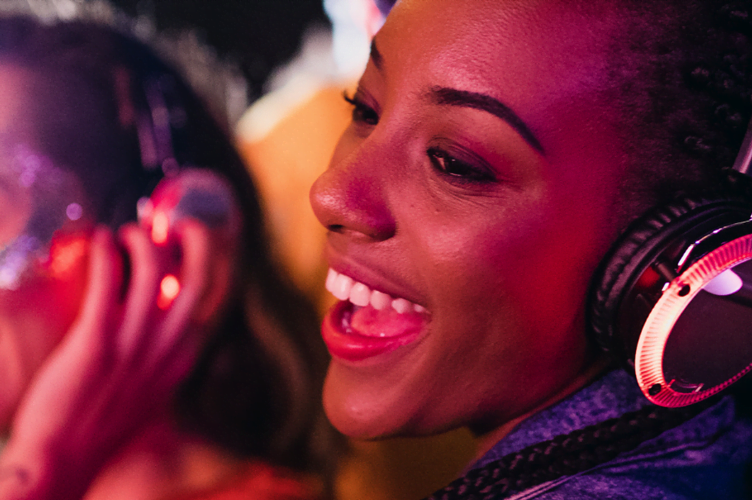 This sounds like an absolute snooze-fest… in a good way. Up until September, the Museum of the Home is holding a series of events around the theme of sleep, with lectures, workshops and music – and it all kicks off on 25th June with The Great Pyjama Party, a museum late featuring chamomile cocktails; jazz lullabies and storytelling…

The Women of Food at Oklava

As part of Resy’s transatlantic supperclub series, Oklava founders Selin Kiazim and Laura Christie are personally hosting an intimate supperclub at the restaurant, serving a one-off menu inspired by important women in their lives. And apparently the women in their lives just love multi-course banquets with wine pairings, bespoke cocktails and special gifts…

It’s time red wine had a summer rebrand. And Cave Cuvée are stepping up to the plate with their chilled red wine tastings, where they’ll talk you through which varietals are still distinctly drinkable in summer – and give you five glasses to er, rigorously assess in the name of science. 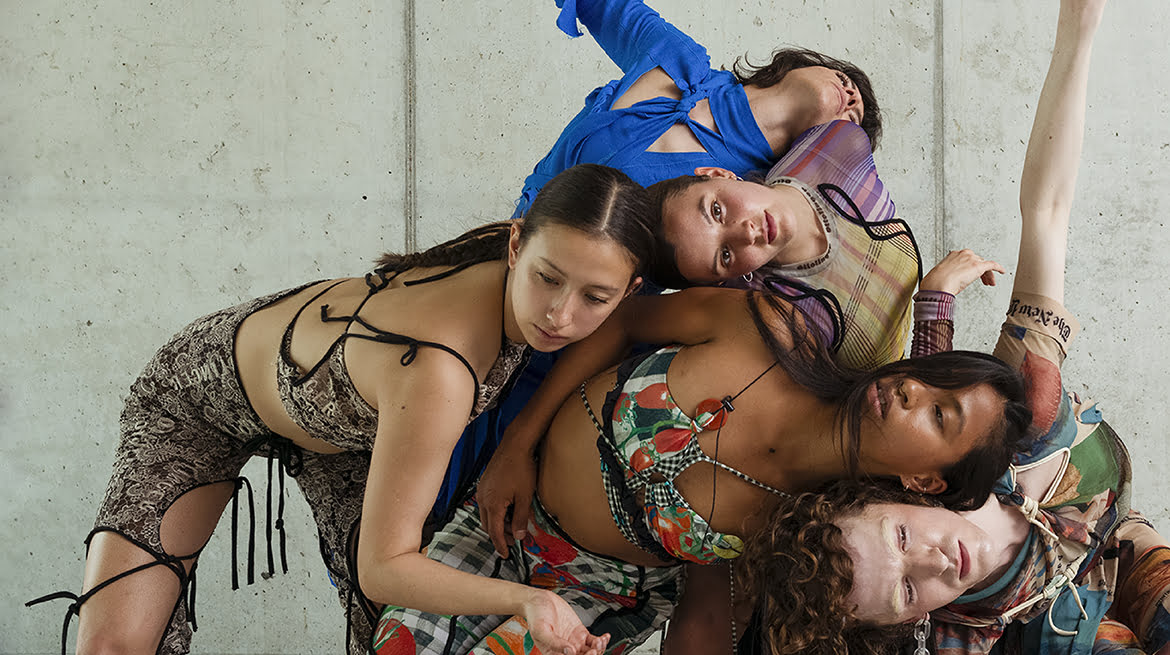 Going strong since 1932, the London Open’s a triennial exhibition dedicated to platforming the best up-and-coming artistic talent. Bedding in to the Whitechapel Gallery until early September, this year’s edition showcases 46 multidisciplinary London artists including installation artist Thuy-Han Nguyen-Chi; Beth Fox, who uses the internet aesthetic to create works such as ‘Bum Shower’; the meditative films of Asuf Ishaq; the surreal, multimedia worlds of Candida Powell-Williams; and more.

Wine and seafood. Batman and Robin. Kenan & Kel. Three excellent pairings, only one of which will be available at Goddard & Gibbs later this month, when Dalston Wine Club founder Hannah Crosbie guides you through a wine tasting with three hand-picked glasses and light bites to match. 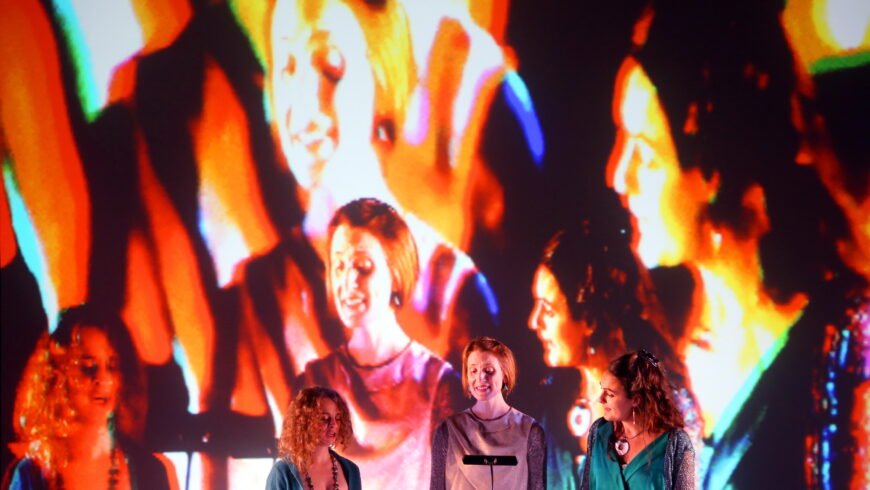 Spitalfields’ annual celebration of music returns for a fortnight of rare and wonderful performances, including an introduction to the mathematical genius of Bach; an orchestra playing the forgotten music of female composers from the past 400 years; brass quintets in a 600 year-old church; medieval trance music and morris dancing. 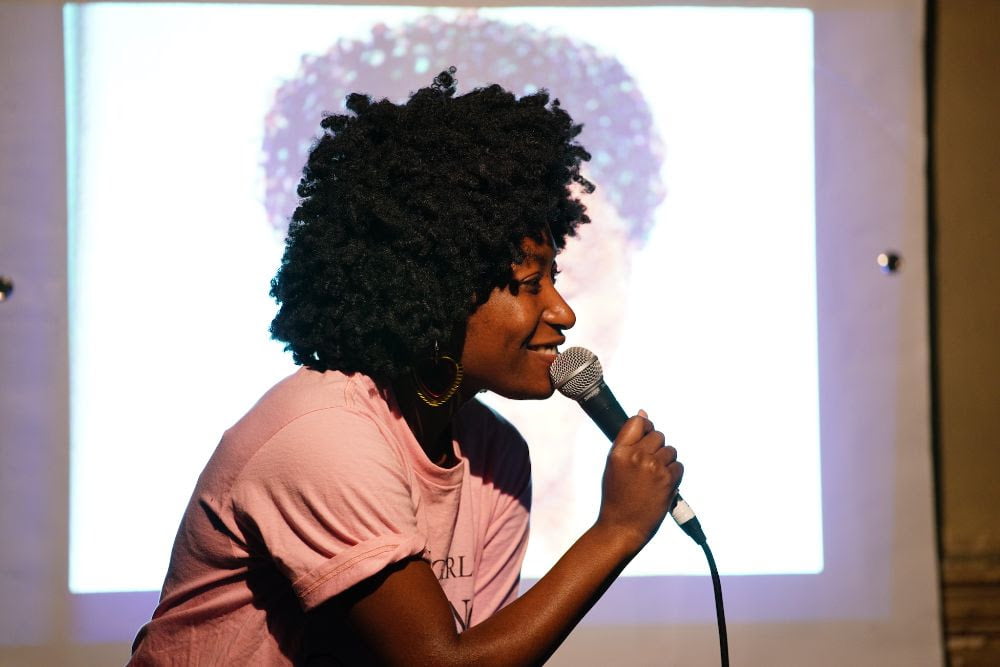 ARG Comedy: most people’s response when you invite them to see some ‘up and coming’ stand-up.

ARGComFest: The ‘Actually Really Good’ Comedy Festival, which is returning to London in July after a two-year hiatus.

The hilarities will be held over the first weekend of the month across three stages in Shoreditch Town Hall, with 48 shows from a mix of comic legends and in-demand newcomers readying their best material before Edinburgh Fringe. And the line-up’s looking seriously good… 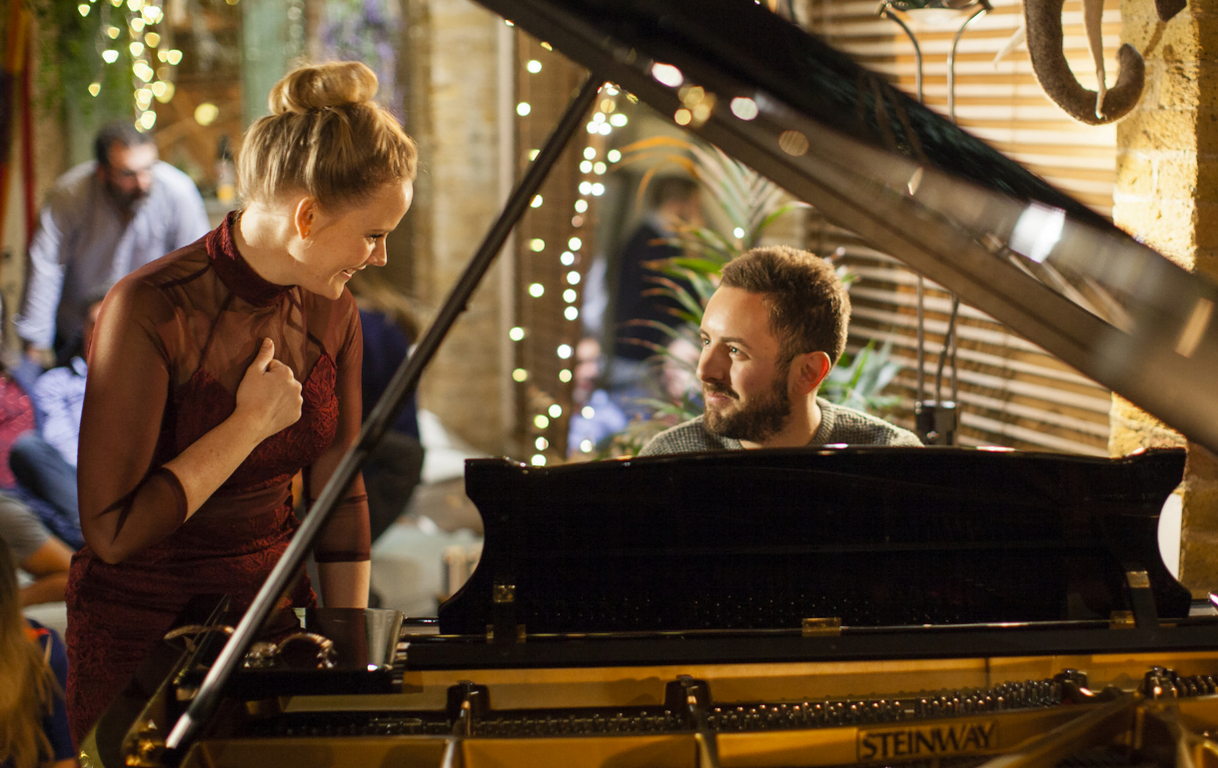 Ironically, this isn’t the first show for Debut – they’ve been running secret, intimate pop-up concerts around the world since 2017. And this month, they’ll be setting up in the twinkling loft space at Shoreditch Treehouse, treating you to two sets of live music with anecdotes from the musicians; relaxed, bohemian seating; and a pop up bar. 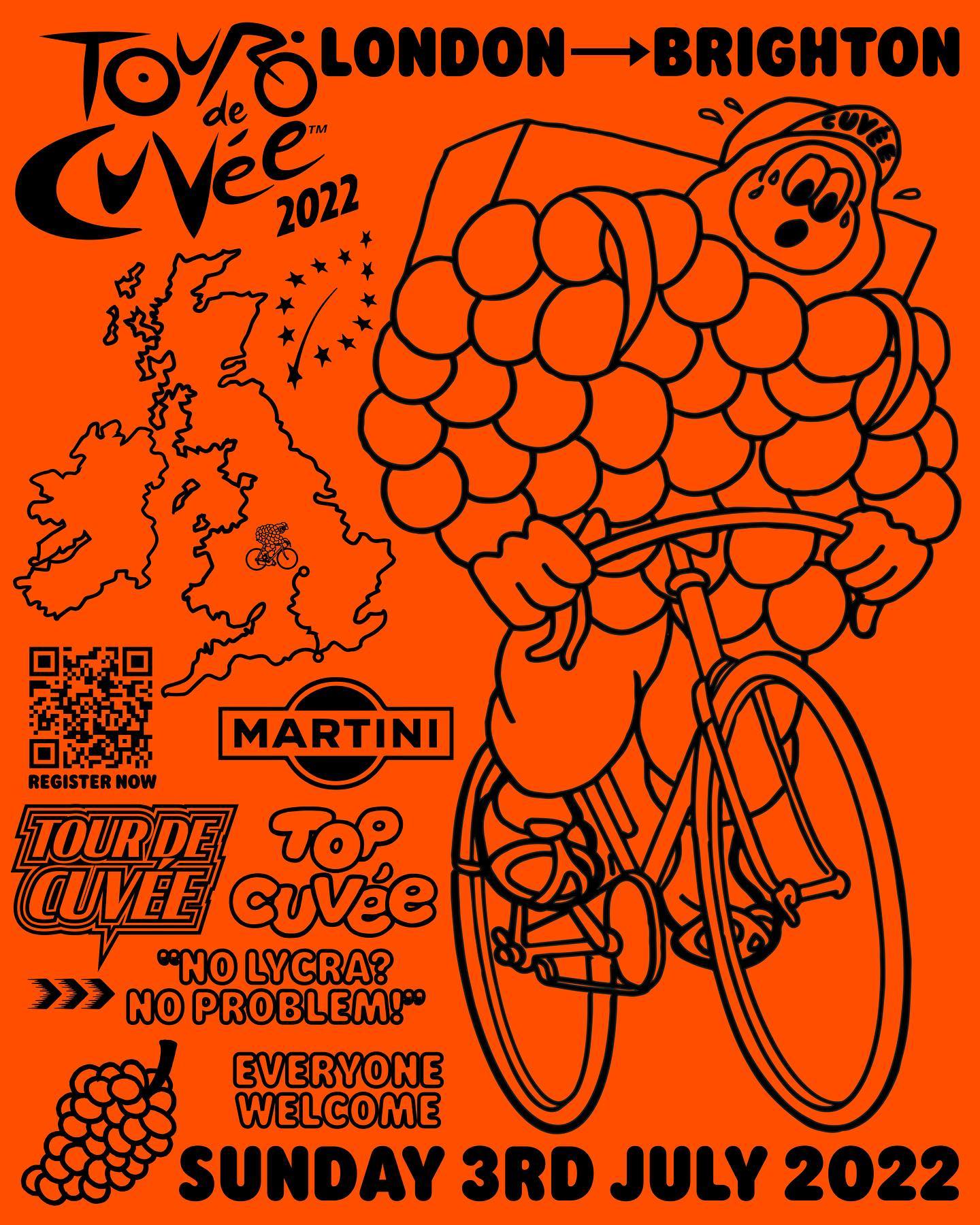 Also marked on the Cave Cuvée calendar is their annual 100km jolly down to Brighton by bicycle. There’ll be limited edition merch to pick up at the bar before starting (Martini and Temple Cycles are involved, so it’s going to be good) and a whole lot of free beer waiting for you at the end, courtesy of Brighton’s Unbarred Brewery… 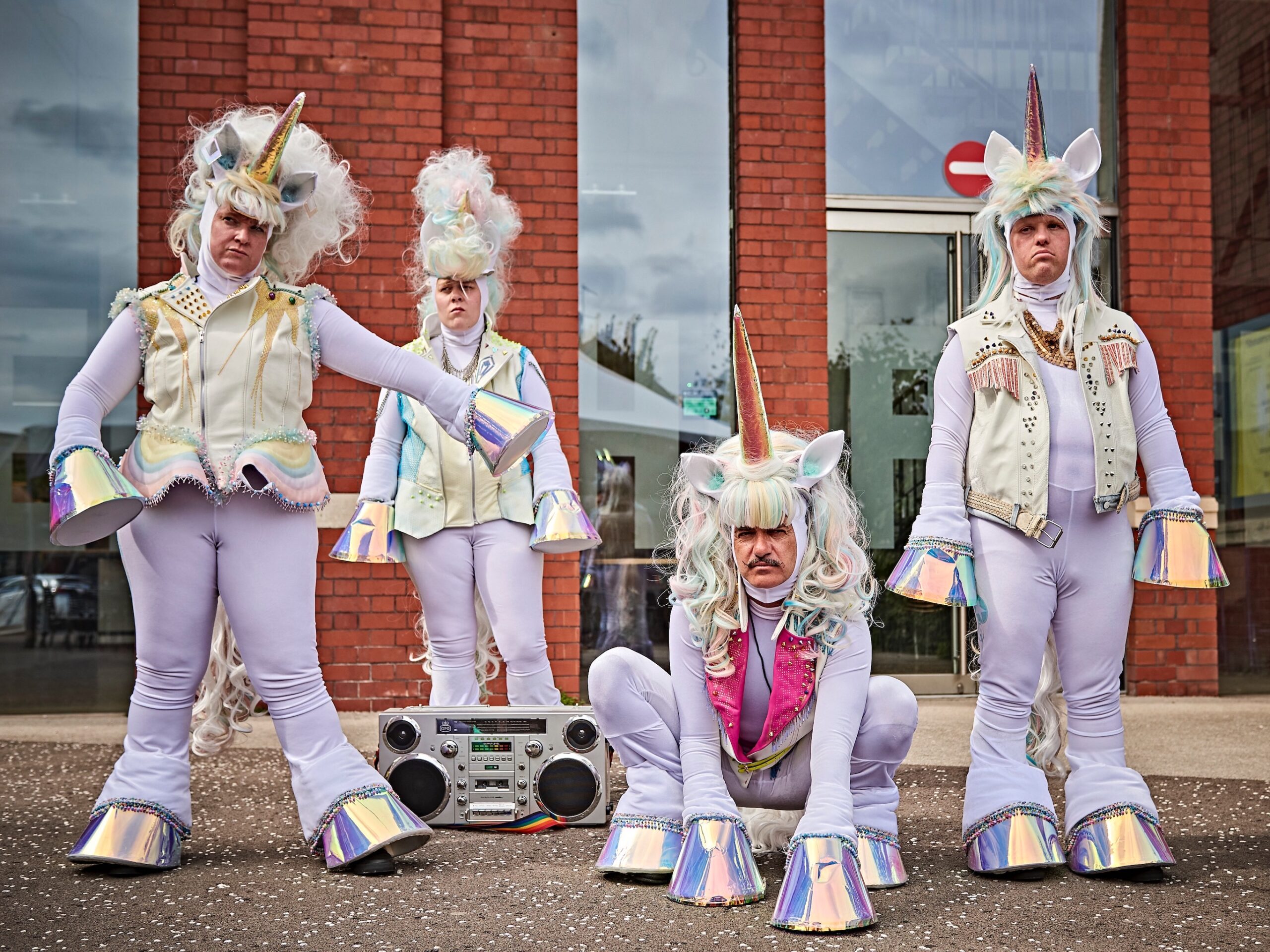 Hoxton Hall’s bringing back the ol’ fashioned variety show, but instead of ventriloquists and tap-dancing sailors, they’re putting a whole fresh spin on things. The line-up includes reluctant street performers Grumpy Unicorns; comedians Joe Sutherland, Vikki Stone and Pete Firman (who throws a little magic into his act); a couple of drag compères; and a rousing finale by the one and only Vinegar Strokes, joined by synth-pop band The Morning Afters.

This quarterly market pops up at the old Truman Brewery on Brick Lane, bringing together over 30 independent traders hawking their hand-crafted wares. Expect hand-poured candles; cards and prints from talented illustrators; eco-conscious fashion; and more. 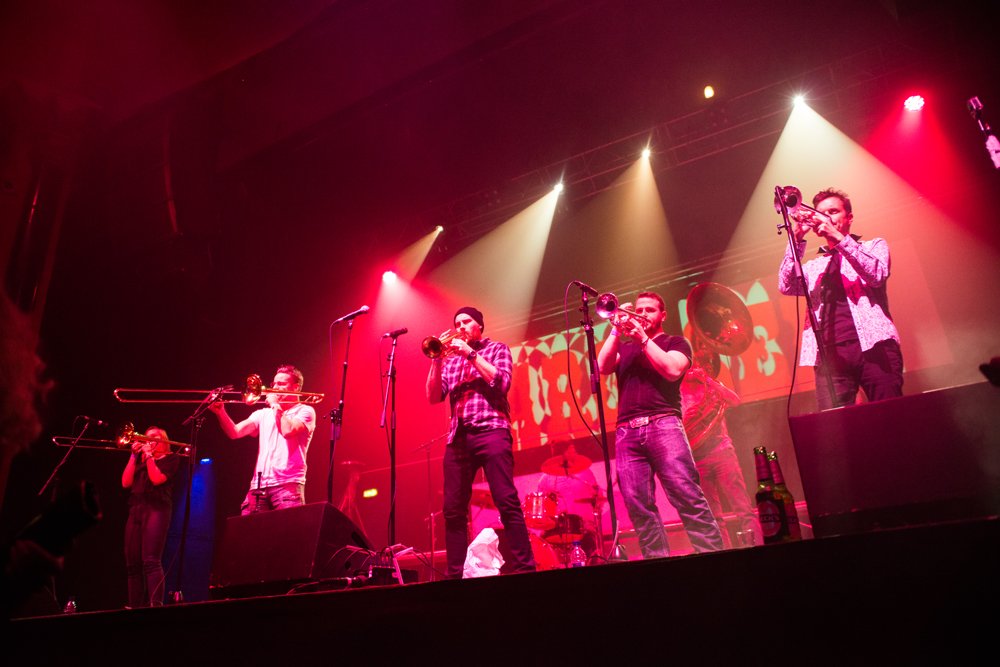 It’s not every day that you get to dance with wild abandon to a 7-piece live brass band playing bombastic covers of disco, pop and soul classics in a Shoreditch basement – above which are an additional two floors of genre-spanning DJs and a rooftop crowned with a bright pink pagoda… it’s 16th July.

The fourth edition of this late night arts programme spills out beyond the walls of Whitechapel Gallery to pop up in various venues in the area – this year, visit something between a meditation tent and a disco in Jennie Moran’s glowing installation; watch a play and eat dinner in a Spitalfields Huguenot house; listen to pop up choirs in Aldgate Square; and more.

Looking for more inspiration? Check out your city-wide monthly Agenda