Flor, perched on the edge of Borough Market, used to be a restaurant that also served baked goods.

But that plan was apparently flawed.

So it’s now a fully-fledged bakery, which has relocated to an archway in the nearby Spa Terminus Market (a row of wholesale traders that opens up to the public on weekends).

And it’s not just your standard run of the mill, everyday bakery-in-a-railway-arch. It comes to us from the people behind Lyle’s, the Michelin Starred Anglo-American-Japanese fine diner in Shoreditch. It’s very much a cut above the rest. 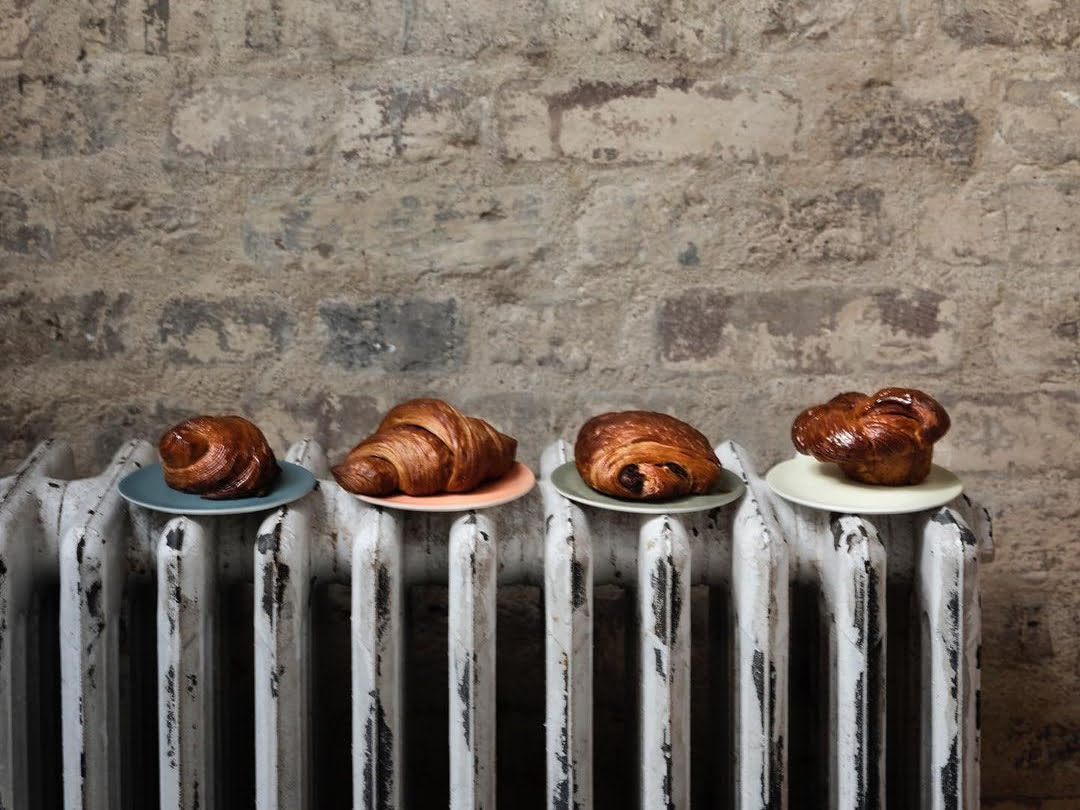 This is where they work hard producing the doughy wares that they supply to some of London’s top restaurants, but on Fridays & Saturdays you can get a taste of the action too. Starting at 9am, they put out twice-baked almond croissants loaded with frangipane, plus roasted plum Danishes, brown butter cakes, and all the other pastries that make life worth living. They even use the ‘mother’ starter they created seven years ago at Lyle’s for all their sourdough.

They serve up good coffee, too (from Hard Lines), and there’s plenty more to explore in the market afterwards – check out the cheese at Neals Yard Dairy, rooftop honey from The London Honey Co, and natural vino from Ancestrel Wines.

NOTE: Flor is open Fridays & Saturdays, 9am to 3pm. You can find out more at their website, and even pre-order, right HERE.

Buns From Home Mouthwatering cinnamon buns, plus the most outrageous dessert buns of all time.

Provisions Holloway A deli hawking high-quality produce by day, and wine by the glass at night….

Pophams Islington A petite bakery off the beaten track, slinging some of the finest pastries in the city.