Two-player board games are great.

And not just because you automatically have a 50% chance of winning.

See, some of the best games don’t need you to rally a group of friends all in one place, and instead employ a little healthy head-to-head competition. And what better way to blow off any gradually accumulating tension between you and your significant other/flatmate/family member while you spend 24 hours a day in each other’s company?

Here’s a shortlist for you to get started on now…
– 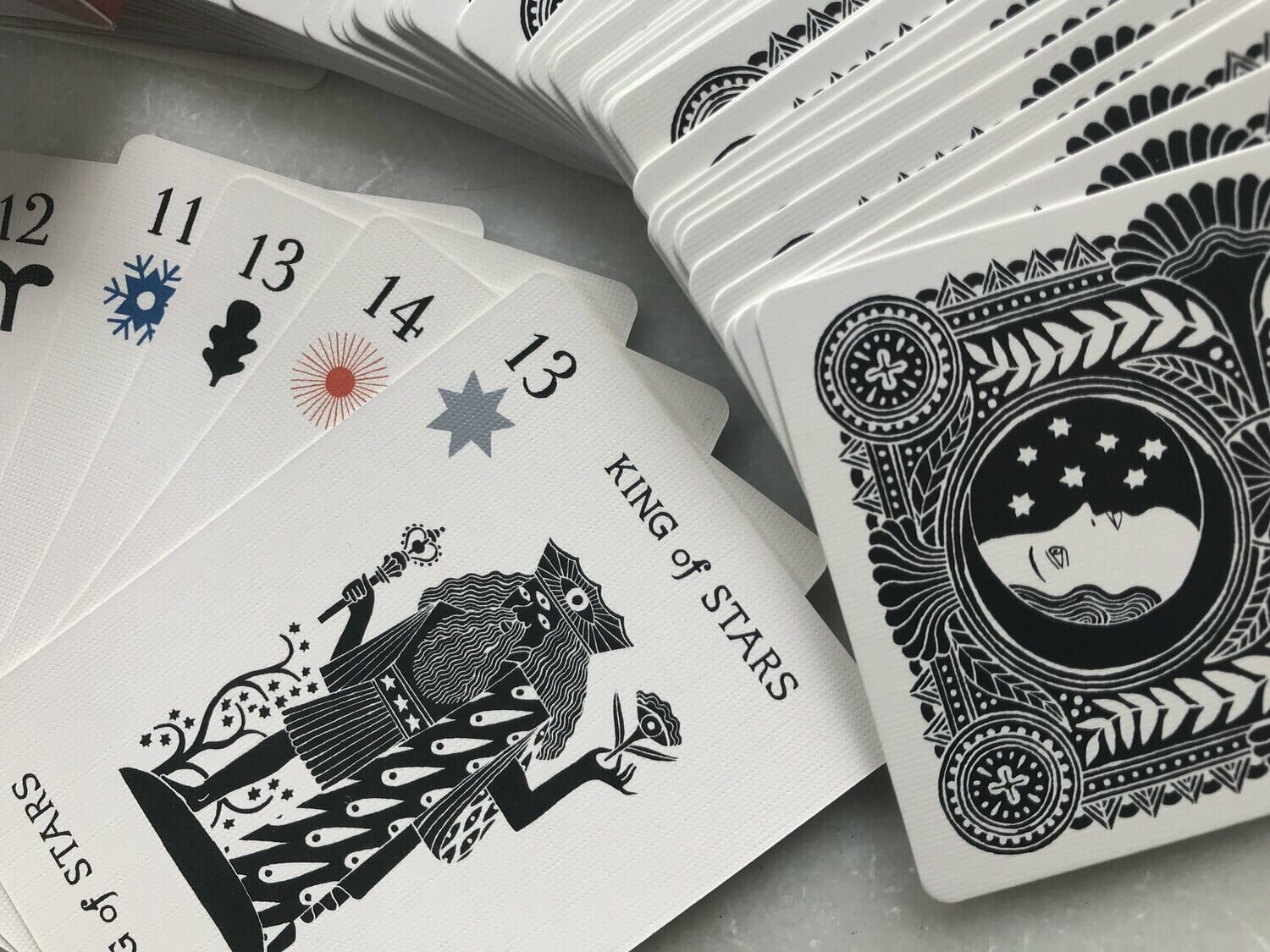 Illimat was originally created as a prop for a music video by The Decemberists back in 2009, appearing as a card game played by a secret society. Six years later, they decided to make it into an actual game – and it’s highly addictive. It’s aesthetically stunning, with Tarot-esque cards, ‘soul’ tokens and a black cloth board marked with strange symbols. It has a kind of pagan, Wicker Man feel to it, as you harvest cards from fields through the changing seasons and respond to the influences of the ‘luminaries’. Best played by candlelight, with wine.
Players: 2-4
Try this if you like: Traditional card games
NOTE: If you use the code STAYHOME on their website, you’ll get a nifty 30% off right now.
– 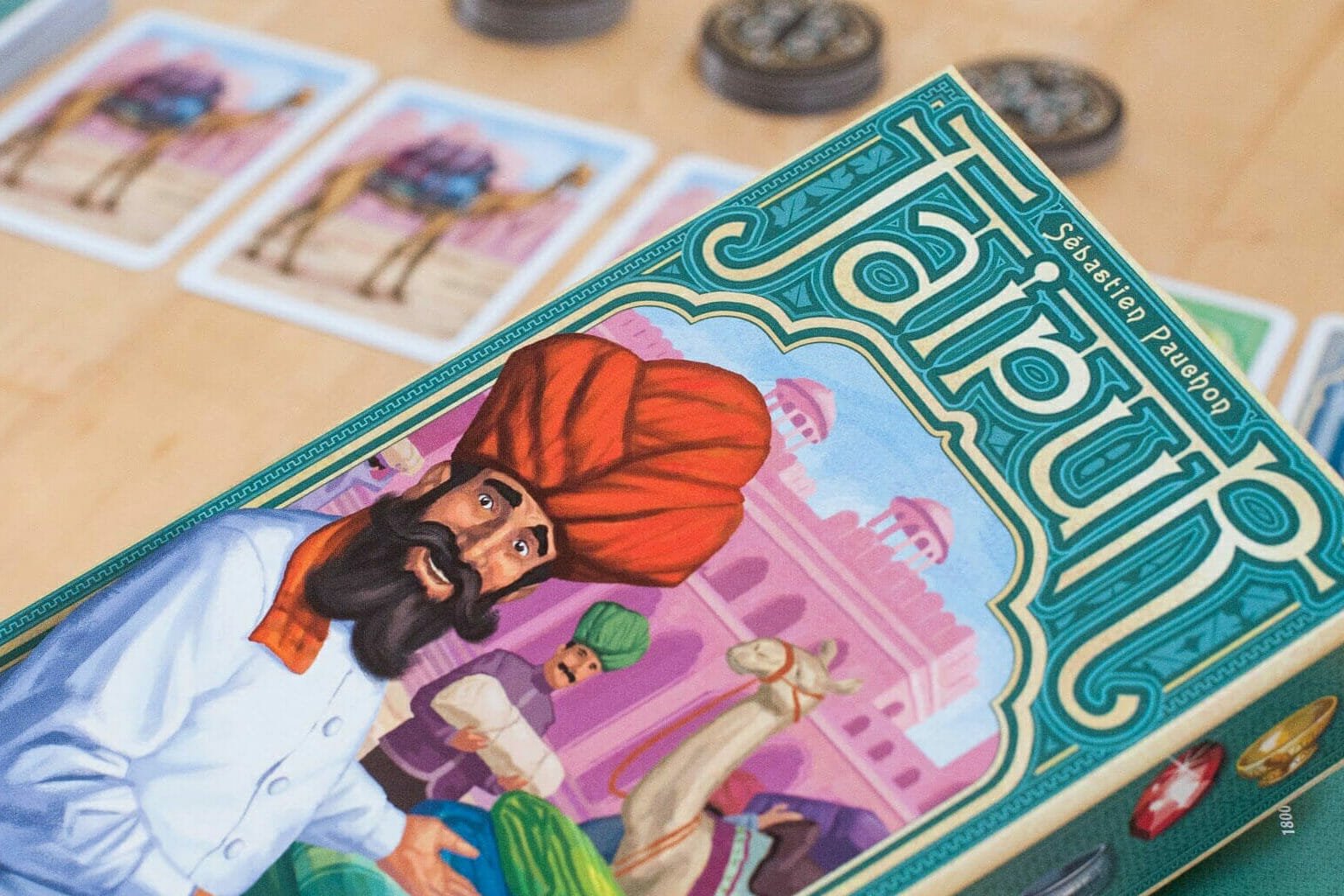 Jaipur’s a great game to start with if you’re not really a board game player. It’s quick to set up, doesn’t have a million obscure rules, and can be played through in about half an hour. You and your opponent are each competing to win the Maharaja’s favour, which you can do by trading goods in the marketplace and managing a herd of camels.
Players: 2
Try this if you like: Rummy or Sushi Go!
– 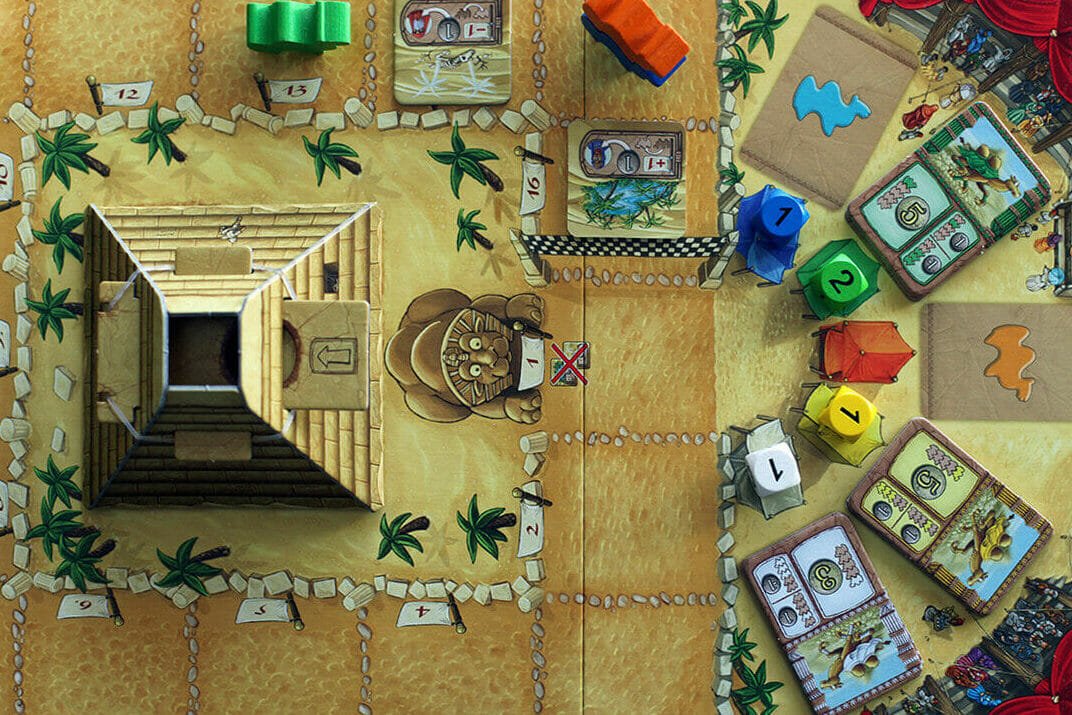 Somehow not the only camel-based board game on this list. This time you’re racing them around the desert, and placing bets as you go. The camels’ moves are determined by a pyramid that releases dice (obviously), causing the camels to stack up and overtake each other as the race goes on. It’s pacy, and can change right up till the end – plus it’s a keeper for post-lockdown, since you can play with up to 8.
Players: 2-8
Try this if you like: The Really Nasty Horse Racing Game
– 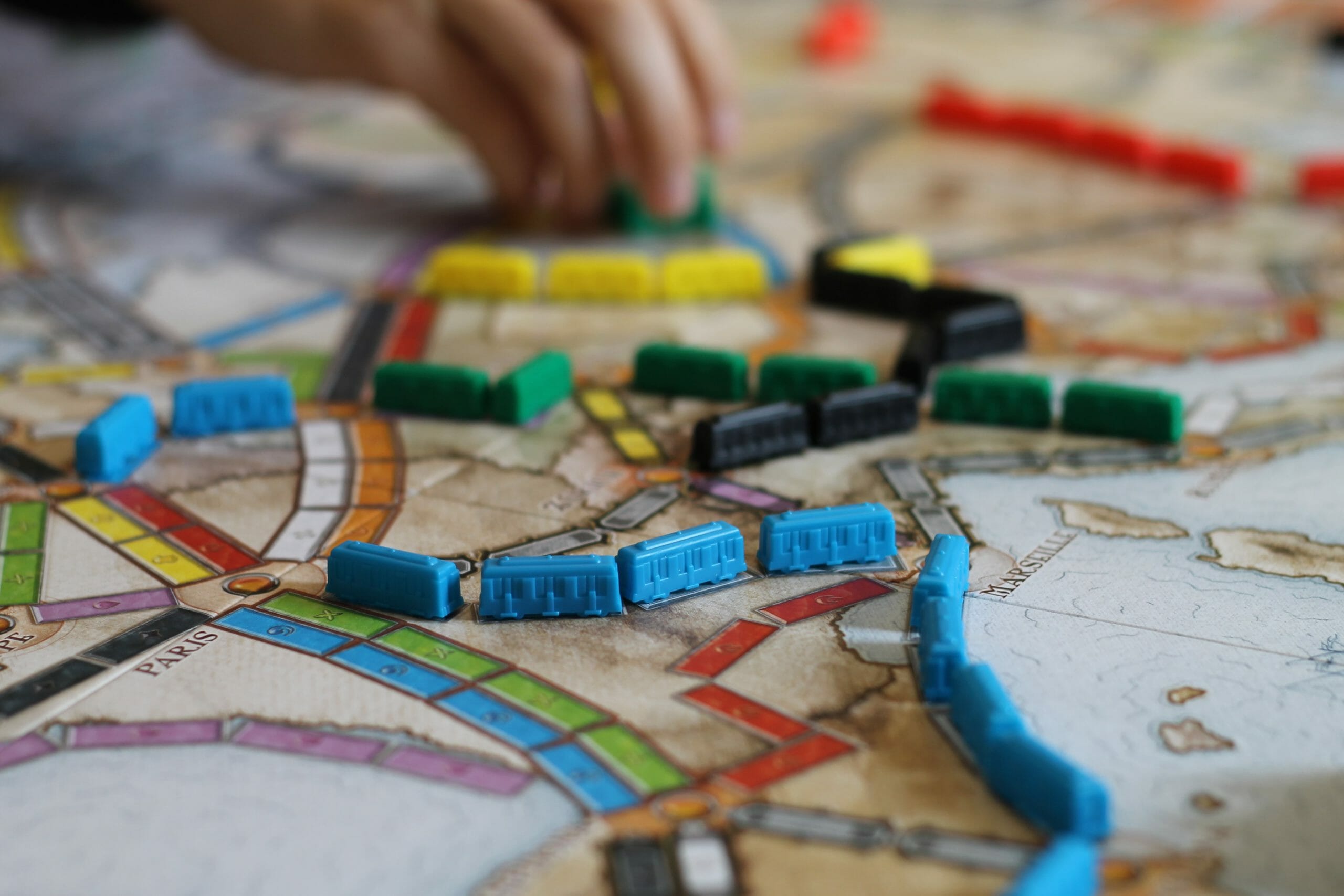 It’s a classic – probably one of the most popular board games out there – and comes in dozens of different variations, across various countries and eras. The basic premise each time is to build railway routes, with points for the longest continuous routes and for connecting distant destinations without another player intercepting you. It’s won a slew of awards for its simple, elegant gameplay – another easy one to pick-up and crack on with.
Players: 2-5
Try this if you like: Carcassonne
– 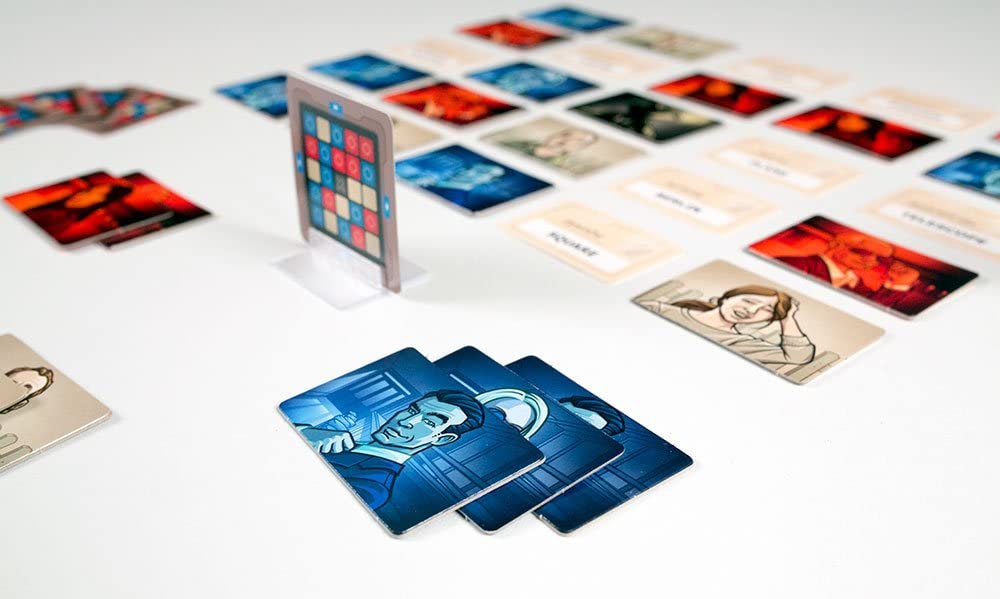 If you have any relatives who live within a 10 mile radius of a John Lewis, chances are you’ve played Codenames at a recent Christmas. If you haven’t played it before, it’s essentially a word game where you issue one-word clues to your teammates to get them to identify ‘secret agents’ in the field, represented by various different words. Usually two teams race each other to discover their agents first, but you can play it with two players, too. In this case, you’ll both work on the same team against an imaginary enemy – but if that sounds like too much faff, they’ve also created a dedicated two-player version where you both give and solve each other’s clues.
Players: 2-8
Try this if you like: Werewords
– 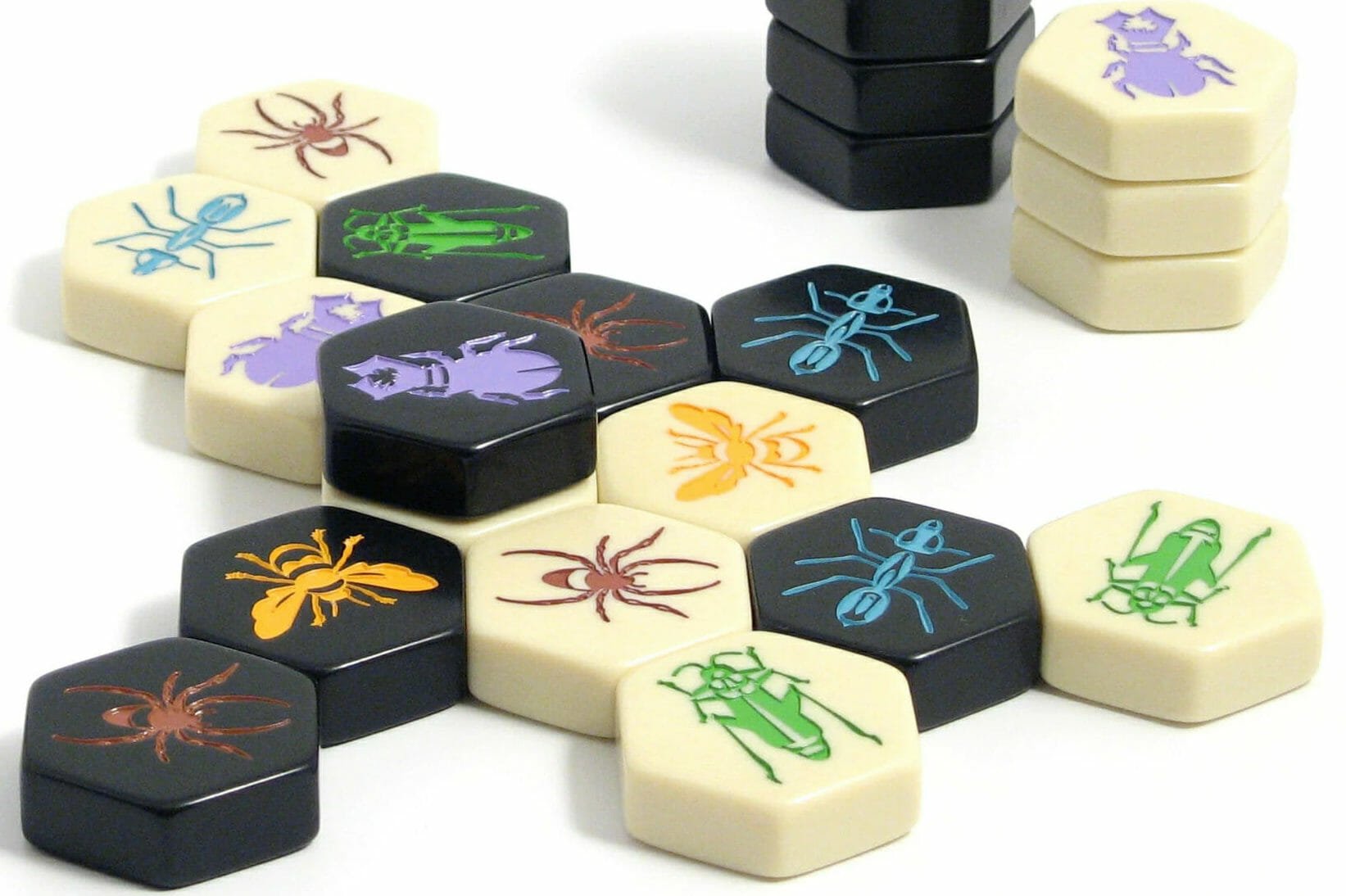 Hive has no set-up, and takes about 20 minutes to play through, so it’s a good one to break up the day if you’re not ready to settle in to a 4 hour monopoly marathon. Your goal – as a sort of omnipotent controller of insects – is to encircle your opponent’s queen, while making sure they don’t do the same to you. Each of your pieces moves differently, so it’s a real strategic head-scratcher for something that looks deceptively simple.
Players: 2
Try this if you like: Chess
– 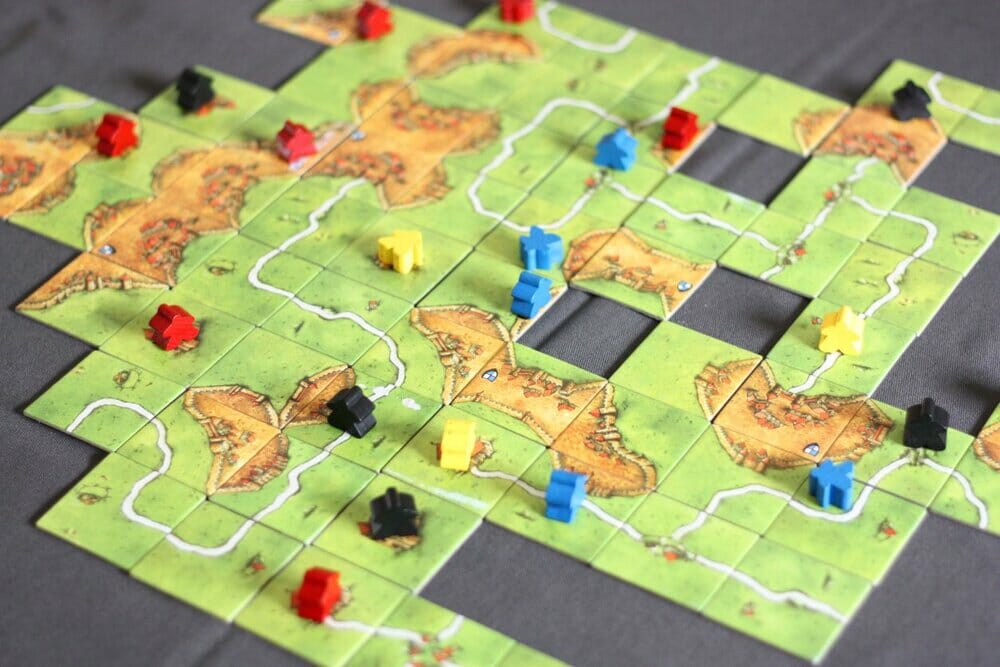 Carcassonne, a medieval fortress city in the South of France, has been immortalised in this tile-laying board game. You and your opponent take turns to build out the map with different tiles, creating forts, roads, rivers and farmland. Points are earned for strategically placing monks, robbers and farmers in these different areas and enclosing as much land as you can. It’s quite meditative, and super easy to pick up.
Players: 2-5
Try this if you like: Ticket To Ride
– 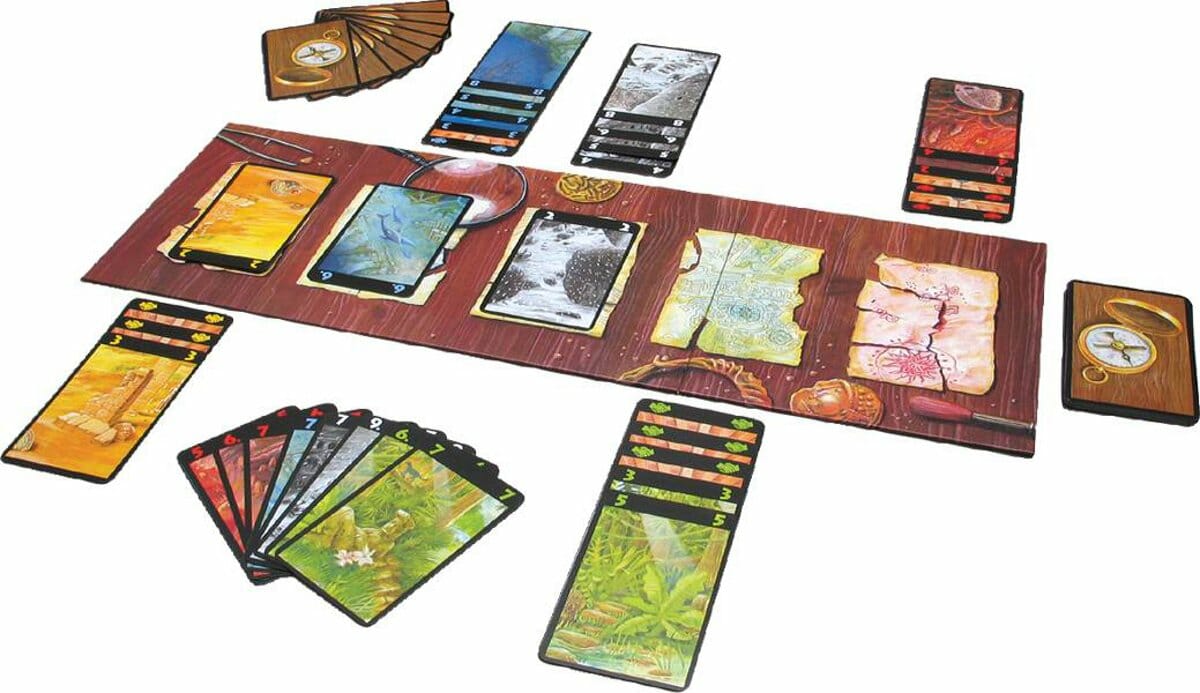 You’re attempting to mount expeditions to a number of recently uncovered archeological sites. But as you well know, archaeology’s a costly enterprise, so you’ll need to make your trips profitable by collecting cards of increasing value to match the colour of your excavation sites – and all the better if you’ve secured yourself a golden handshake before you set off. The only problem is that your chance to make money is over as soon as the deck’s finished, and that golden handshake’s going to cost you even more in debt. It’s addictive and highly replayable, mainly because you’ll immediately feel the need to get your revenge if you lose.
Players: 2
Try this if you like: Rummy, Spit
– 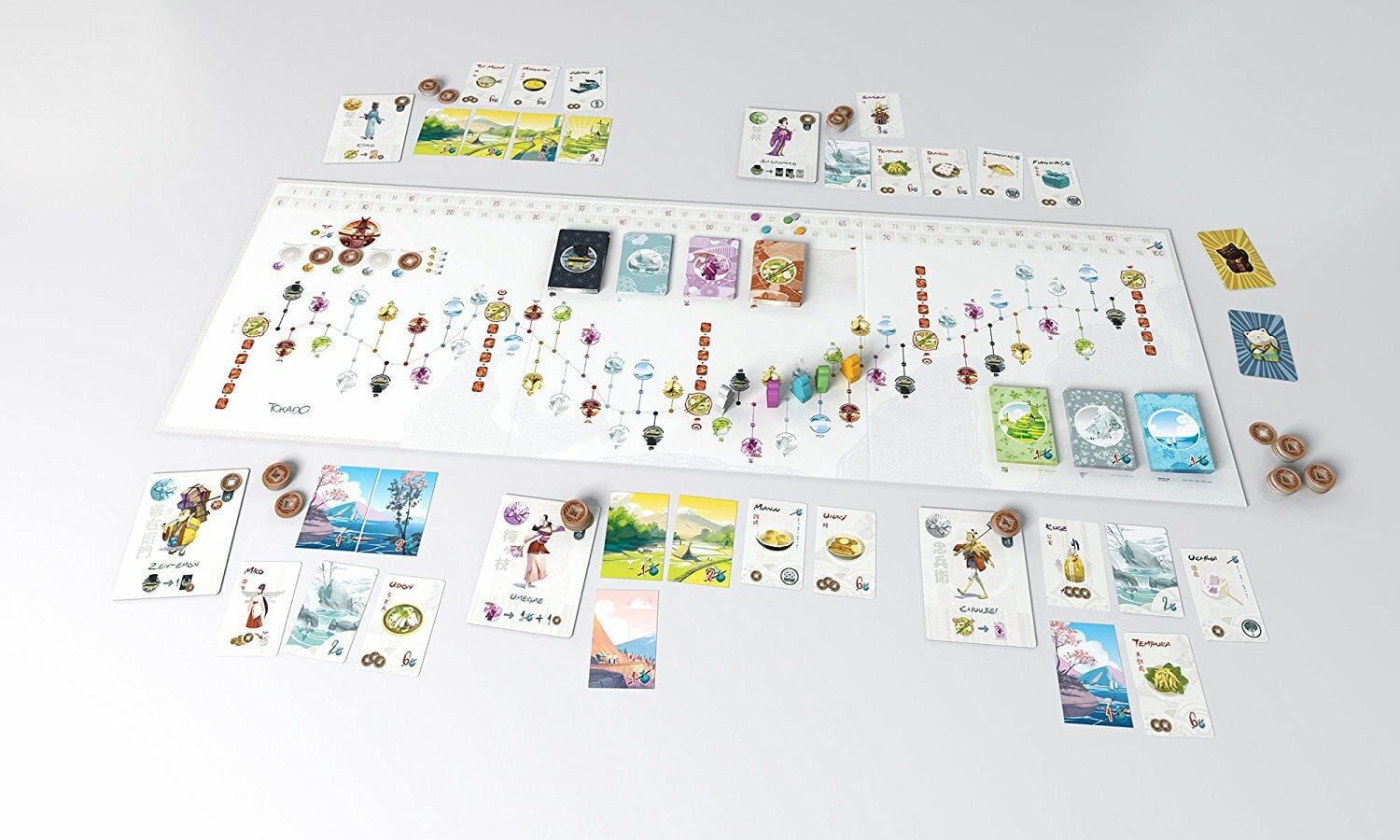 The Tōkaidō was an old Japanese travellers’ route connecting the cities of Kyoto and Tokyo, and you’re about to take a jaunt along it yourself. Like any good tourist, though, you’ll want to try some of the local cuisine, pick up some artisanal souvenirs and take a dunk in a hot spring or two along the way. Tokaido is the ultimate in relaxing boardgames; you’re not battling your opponent particularly fiercely, and it’s all about enjoying the little things. You literally get more points the more you sit back enjoy the scenery. Plus, the minimalist design and painterly illustrations all add to its unique charm.
Players: 2-5
Try this if you like: The Game of Life
– 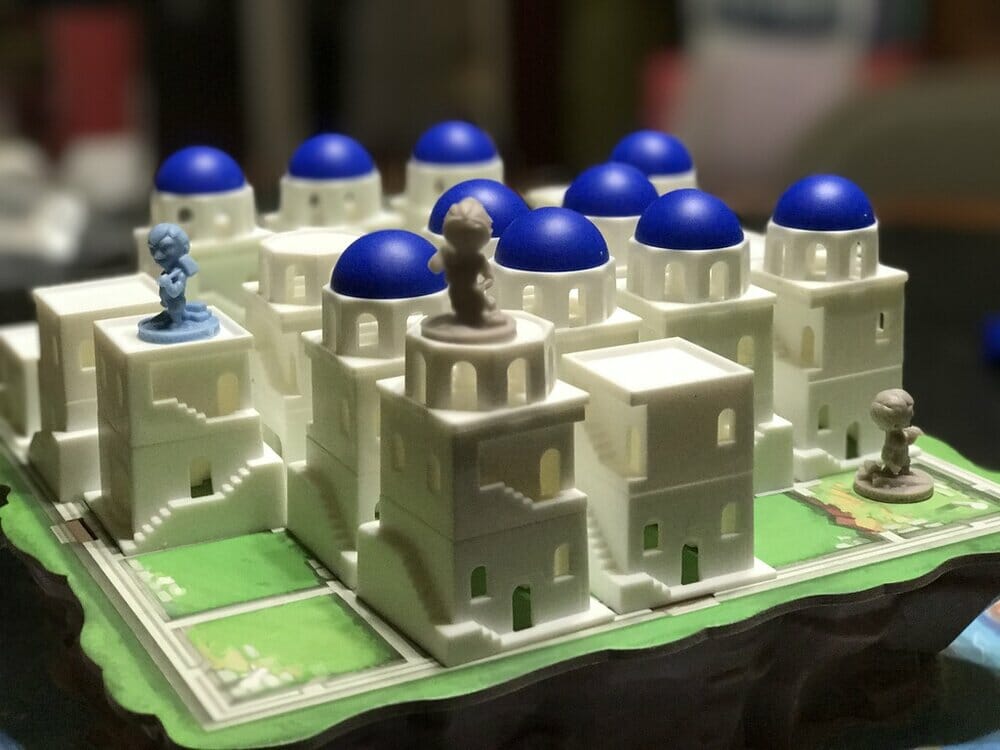 As an Ancient Greek god or goddess, you’re directing mere mortal workers to build those characteristic white houses and blue domes on the island of Santorini. As the board springs into 3D, you’re attempting to get one of your workers onto the third storey first. Sounds simple – but it’s competitive, dynamic and deeply addictive. Different powers for different gods mean that it’s never the same game twice, and make it very repeatable.
Players: 2-4
Try this if you like: Hive, Onitama
– 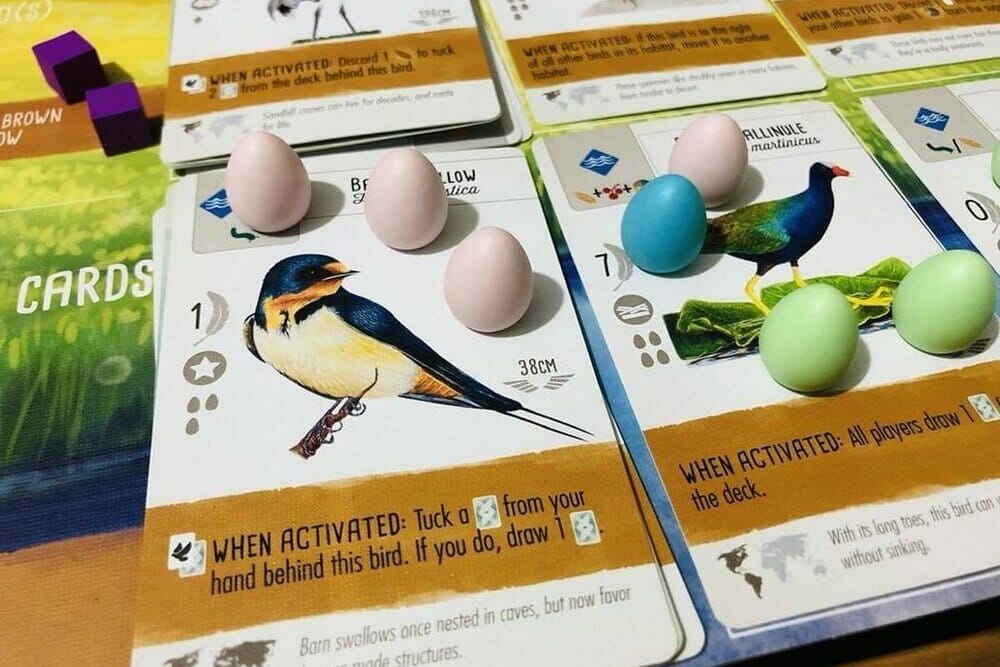 Well, this is adorable. You’re a pair of competitive ornithologists battling to bring the most birds into your wildlife preserves. Naturally, that involves laying out the best food (dispensed by a giant birdhouse) and earning little multi-coloured egg tokens. Sounds like a good opportunity to eat some mini eggs at the same time – just don’t mix them up.
Players: 2
Try this if you like: Birdwatching.
– 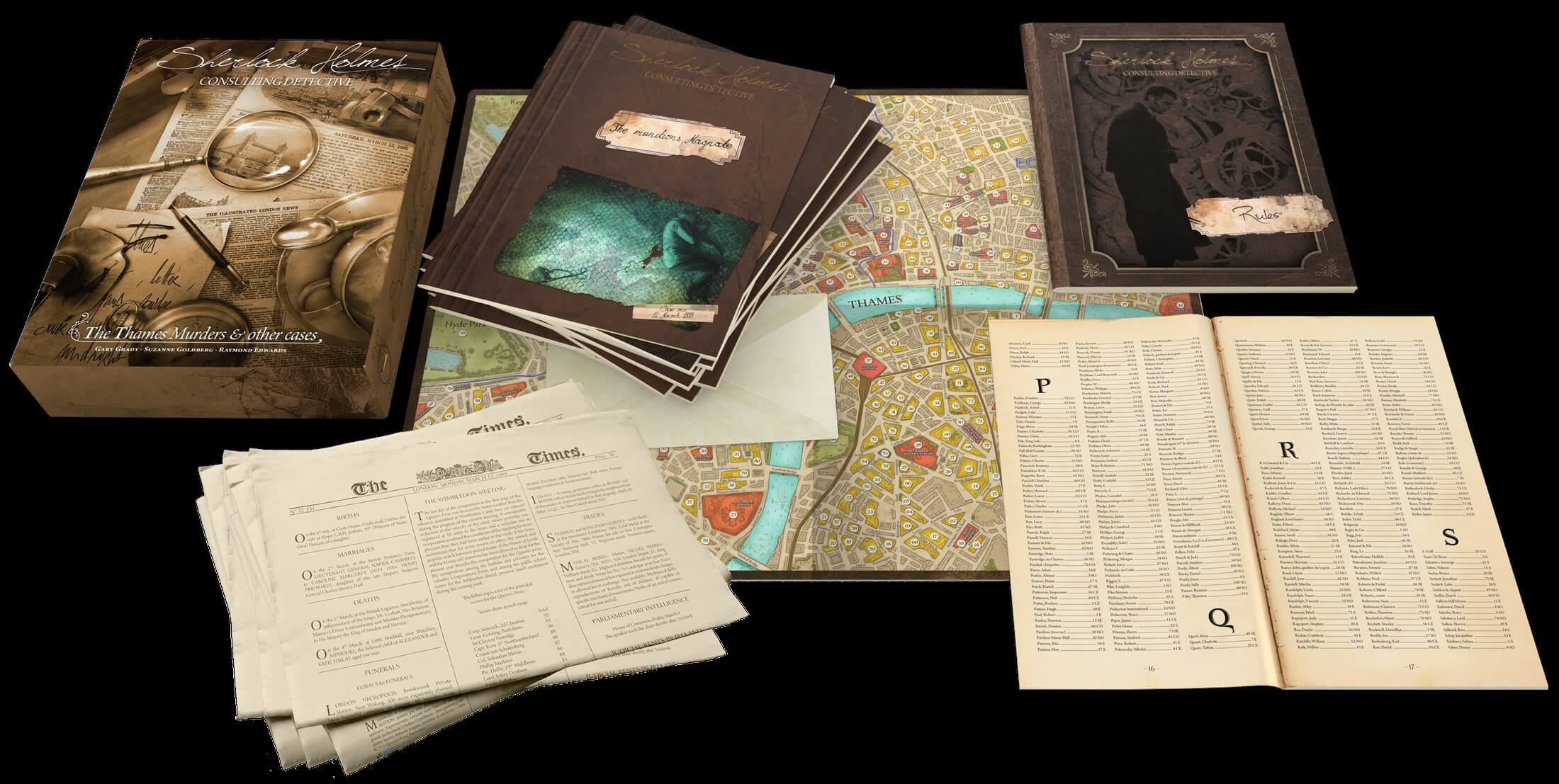 This 40 year-old game is really unlike anything else out there. A cooperative game (in which you work together, rather than competitively), you’re attempting to solve a mysterious murder case before your pal Sherlock. You’ll be given a case file, the daily paper, and a directory of addresses in London. It’s then up to you to interview the most important suspects and comb the crime scene to identify the murderer and motive in fewer moves than Sherlock. If you like longer-form, narrative-led games, this is one for you.
Players: 1+
Try this if you like: Escape rooms, murder mysteries
– 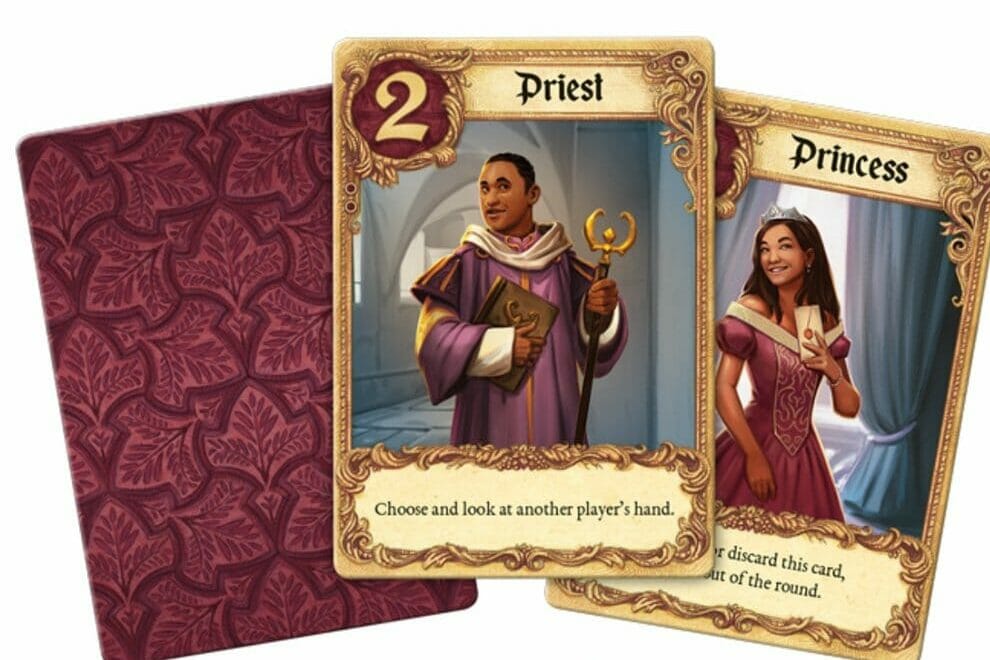 You’re attempting to woo Princess Annette of Tempest, who’s only gone and locked herself in the bloody palace. To reach her, you’ll have to battle through four rounds of cards, in which you attempt to deduce which cards other players have in their hands with the aid of courtly characters who each have different powers.
Players: 2-4
Try this if you like: Cluedo, 8 Minute Empire
– 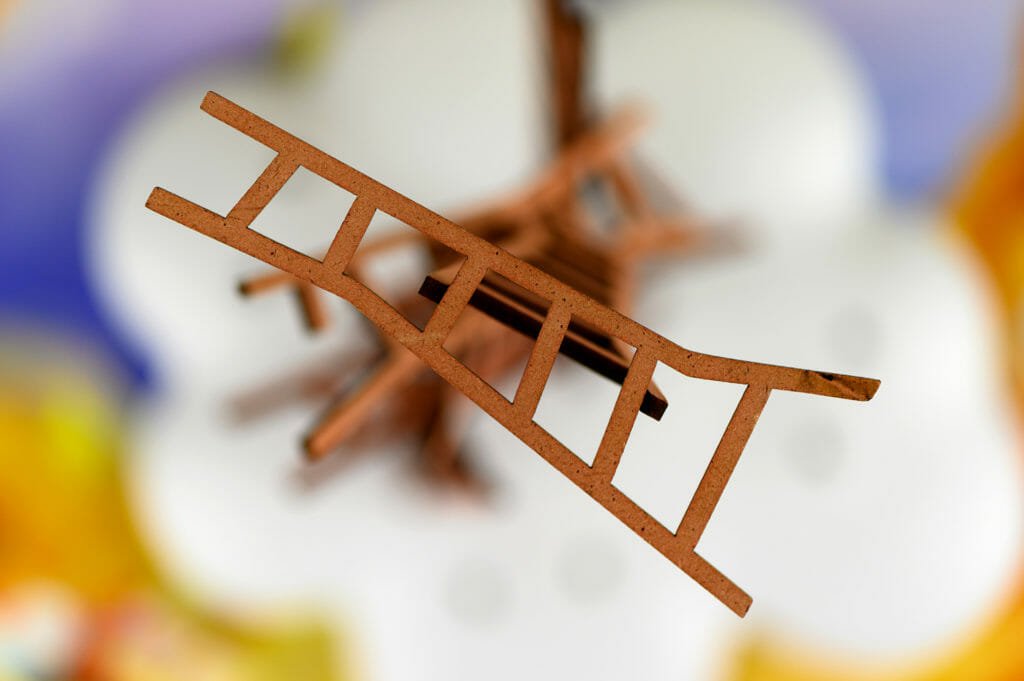 You’re attempting to reach the moon by building ladders in the clouds – “but she’s a sensitive lady, and the slightest clumsiness will make her shed a tear.” Lunar tears, as you can imagine, are prone to making those ladders more slippery, and you’ll be set back on your journey if you mess up too much. It’s a sweet, hands-on game that’s really quite relaxing.
Players: 2-6
Try this if you like: Buckaroo or Operation, without the shocks
–

HOW TO GET THESE GAMES AT HOME

There are three ways you can get hold of these games during lockdown:

1) Delivery: Some of these games are available to order online directly from the makers (like Illimat). Otherwise, you can support an independent board game shop while they’re closed by ordering through their websites – try Chess & Bridge for Carcassonne, Codenames and Ticket To Ride (and Catan if there’s 3+ of you in the house), and Leisure Games for Hive, Jaipur & Lost Cities (they also have a 10% discount on offer).

2) Play online: Board Game Arena has online versions of Carcassonne, Jaipur, Lost Cities, Love Letter, Hive and Tokaido, while Tabletopia picks up the slack with Wingspan and Santorini. You can also play Codenames (normal and duet versions) here, but they’re also working on an official version.

3) Rent: Cakes & Ladders is a great little board game café aboard a refurbed double decker bus in Wood Green. And since you can’t come to them right now, they’re coming to you with a game rental service. They’ll disinfect the pieces between players (or leave the games in their own 24hr quarantine if they’re mainly cards and can’t be washed easily), and you’ll have 3 days to play before they come to collect them again.

Looking for more things to do at home? Check out our recommendations for Staying In