How To Get London's Culture At Home

It’s day four in your house.

And between staging elaborate conference calls in the tidiest corner of your flat, tearing through Netflix series and knocking over lamps while attempting Yoga with Adrienne, you’re soon going to be looking for something to fill the gaps where your dazzling, outgoing social calendar flitting between restaurant openings and galleries used to be.

But just because we’re all cooped up doesn’t mean we can’t still get some culture – so we’ve collated all the best ways to get the most out of London’s arts scene without leaving your sofa; from theatre and ballet on demand to comedy, talks and exhibitions…
– 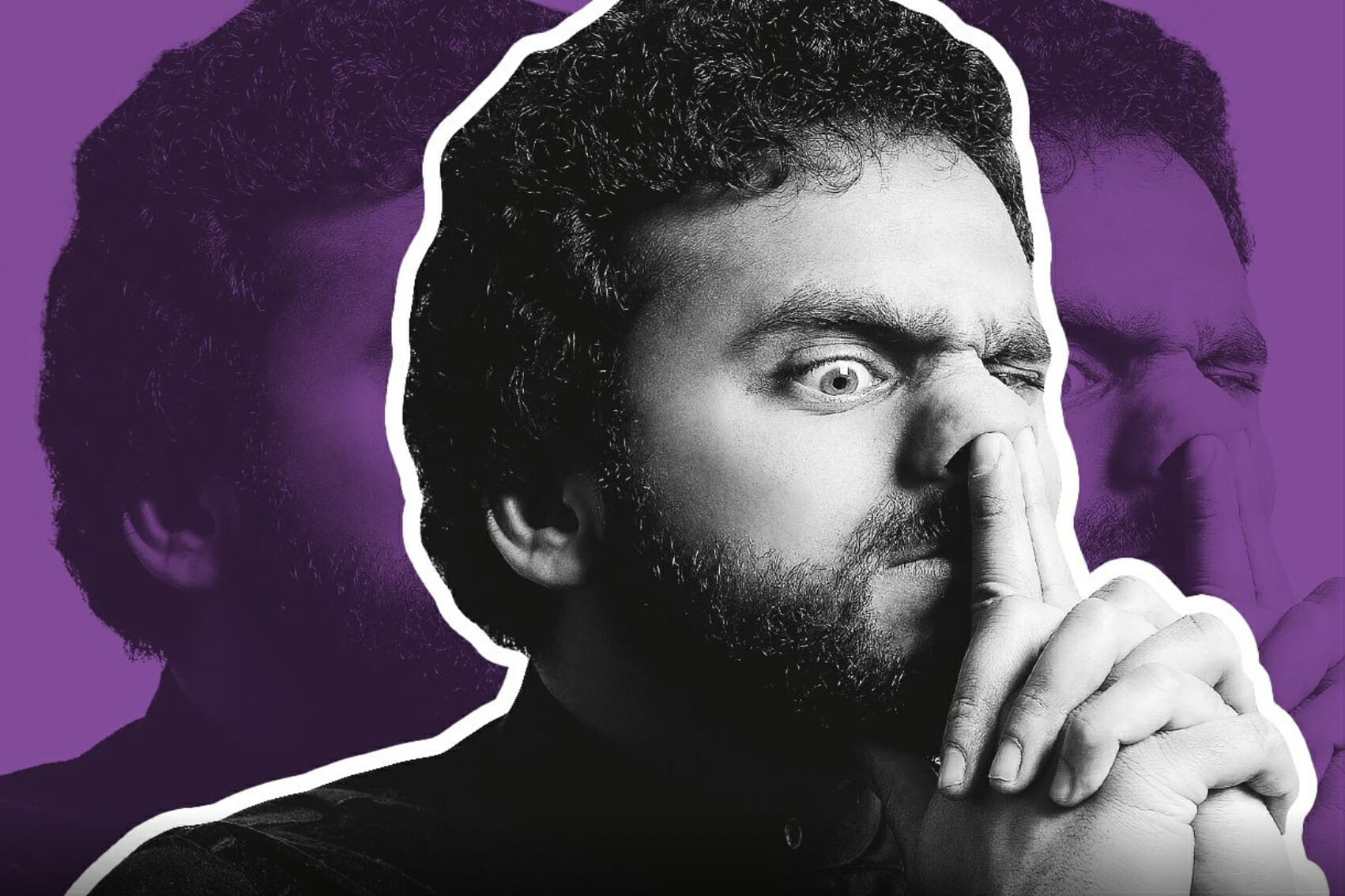 Soho Theatre – the eclectic home of great comedy, cabaret and new writing – has a great on-demand service that allows you to watch stand-up from the comfort of your home. You can rent shows for two days, starring comedians including Nish Kumar, Shappi Khorsandi, Mae Martin, Dane Baptiste, Jessie Cave and more. EXERCISE YOUR FUNNY BONE
–

Curzon Home Cinema is a TV subscription with a difference – it allows you to watch films (produced by Curzon) that would’ve been on in the cinemas now, like Portrait of a Lady on Fire and Escape From Pretoria. There’s also a whole host of classic films on there, as well as special additions like the 2020 Oscar-nominated short films and a Q&A with the director of Parasite, Bong Joon Ho. FIND OUT MORE
– 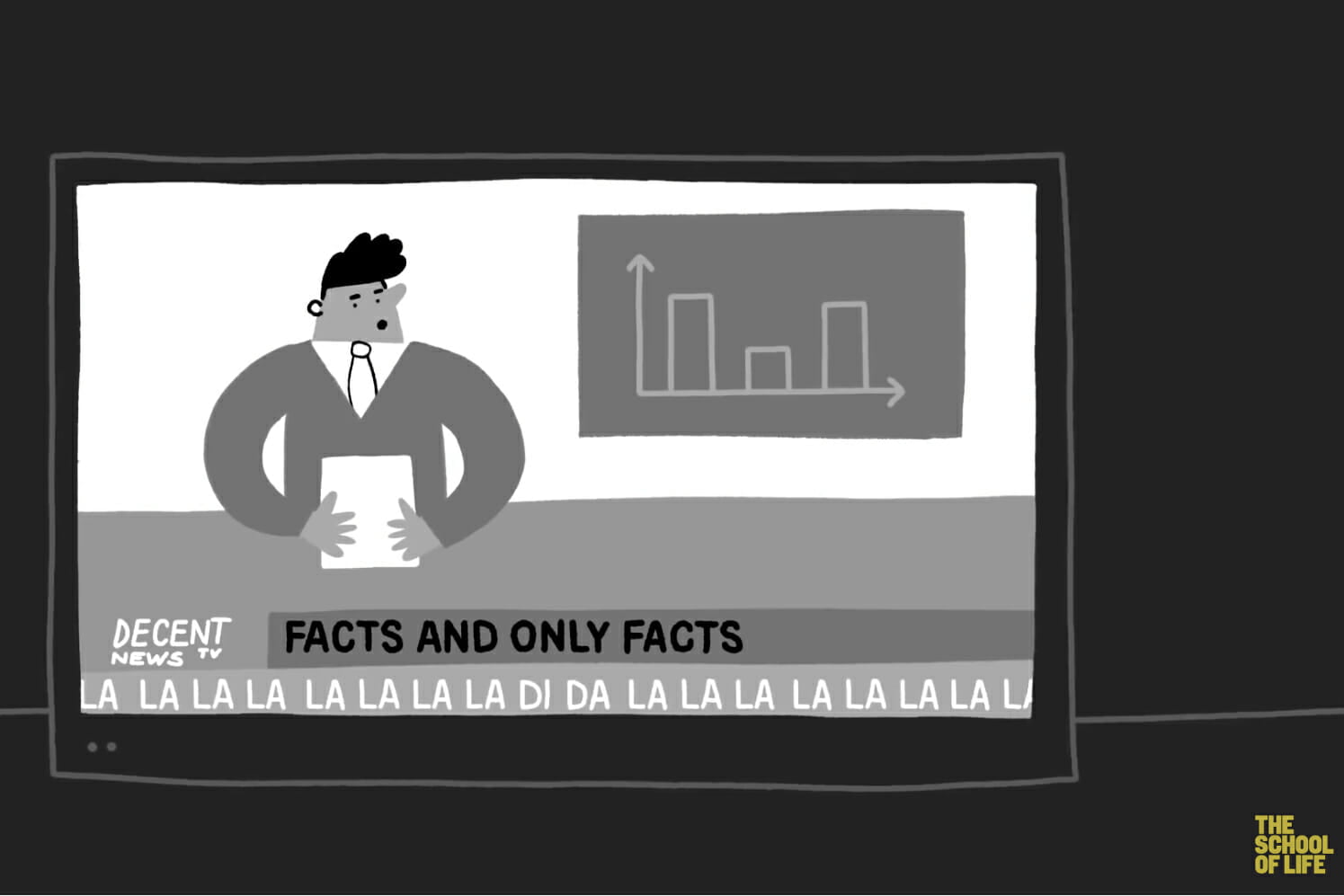 The School of Life is an acclaimed hub for philosophy and wellbeing that offers workshops on everything from making love last to finding your ideal career. And if you’ve been meaning to try out one of their classes, now’s the perfect time to make the most of your evenings in. Their youtube channel is an abundance of bite-sized, uplifting videos, from moving on from an ex to managing your moods, dealing with anxiety or learning how to make others feel good. Plus, there’s some fun animations giving you a whistle-stop introduction to different schools of philosophy. LET’S DO THIS
–

Watch NT Live… From The Past

For the past ten years, the National Theatre has live-streamed some of its biggest shows to cinemas. And now they’re re-releasing four of those shows online, for free. The programme includes Nicholas Hytner’s award-winning One Man, Two Guvnors; Tamsin Grieg’s gender-swapped turn in Twelfth Night; and the crazily well-reviewed Jane Eyre that shook up the classic tale with physical theatre… SEE MORE
– 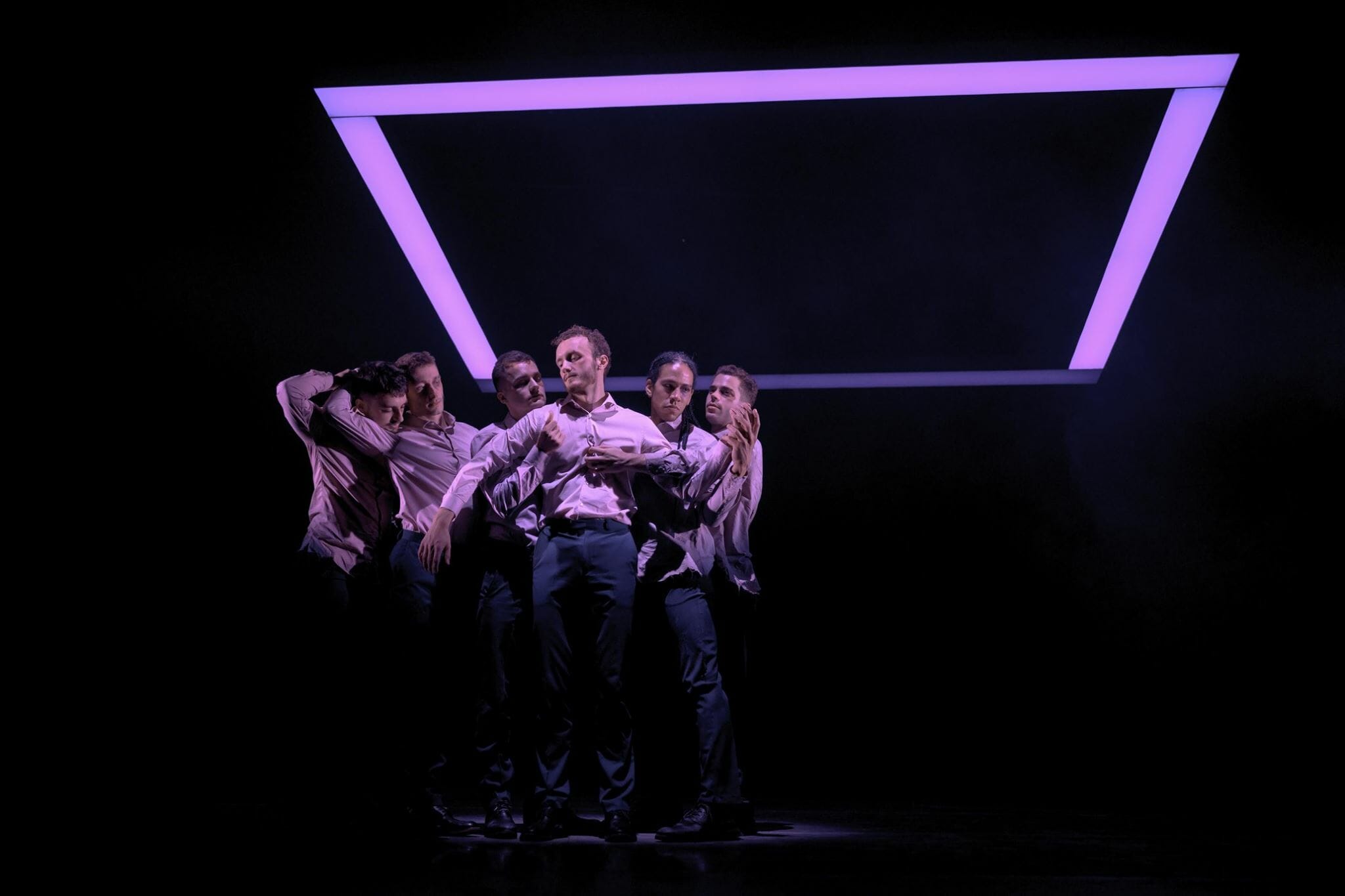 Sadler’s Wells is home to some of the UK’s best contemporary dance, with visiting companies from all over the world gracing its stage. And while that stage is vacant, they’ll be streaming a different production online every week. It all kicks off with the critically acclaimed all-male dance company, BalletBoyz, and their new show Deluxe, with new screenings announced each week via the Sadler’s Wells Facebook page. FIND OUT MORE
–

Skillshare is an amazing website crammed with tutorials from crafts, business and lifestyle experts – and right now, they’re running a two-month free trial. Sign up, and you’ll be able to access video lessons, handily divided up into different steps, coaching you through things like honing your photography skills, making soap, calligraphy, singing, boosting productivity and living sustainably. SEE WHAT’S ON THERE
–

See Great Art From Your Sofa 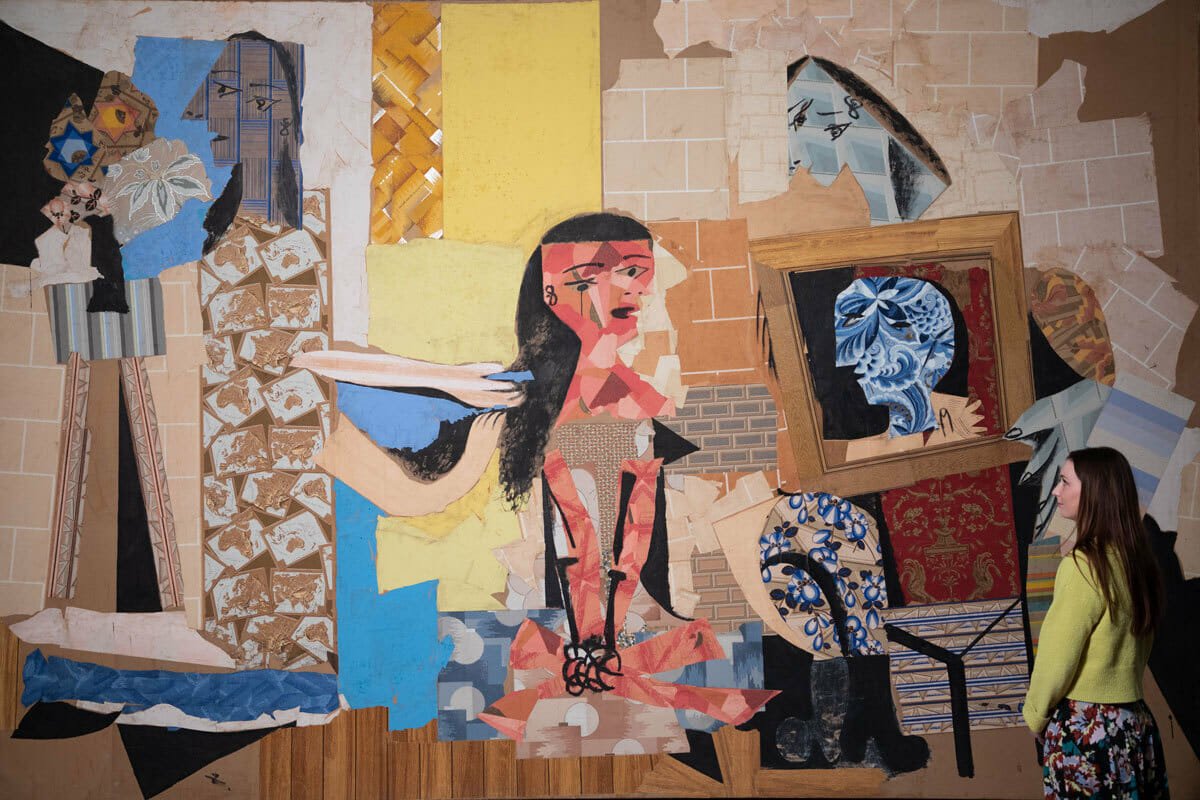 The Royal Academy has a library of online videos delving into their past exhibitions and events. You can get virtual tours of their current Picasso and Spillaert exhibitions (including a video showing Picasso creating one of the artworks on show there); a filmed conversation with the artist Anthony Gormley alongside a behind-the-scenes look at his recent retrospective; and even a wander through the 2018 Summer Exhibition with Grayson Perry. SEE MORE
– 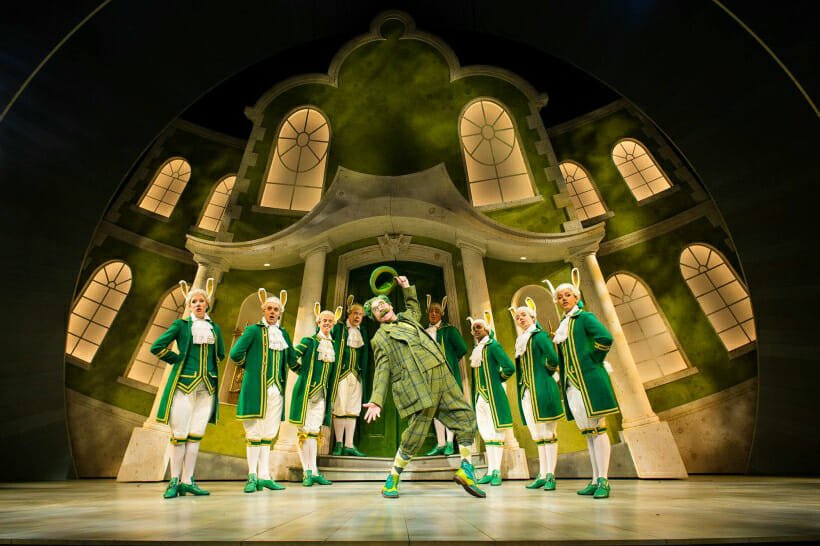 The Wind in the Willows musical blew critics’ socks off during its strictly limited run at the Palladium a few years ago – and now you can stream the whole production online. All they’re asking for is a small donation to help support the entertainment industry, which is (like many others) at serious risk during the lockdown measures.
–

If there’s something you’re interested in learning about, but you can never usually find the time, now’s the perfect opportunity to do a short course online. The Open University has a ridiculous number of free online courses, covering a huge range of topics that span 2 hour sessions to ones that’ll take a couple of evenings. You can spend a weekend cracking beginners’ Spanish or building entrepreneurial skills, or just spend an afternoon dipping into the history of Ghanaian textiles or the science of alcohol. SEE MORE
–

Listen To Design Talks From the V&A 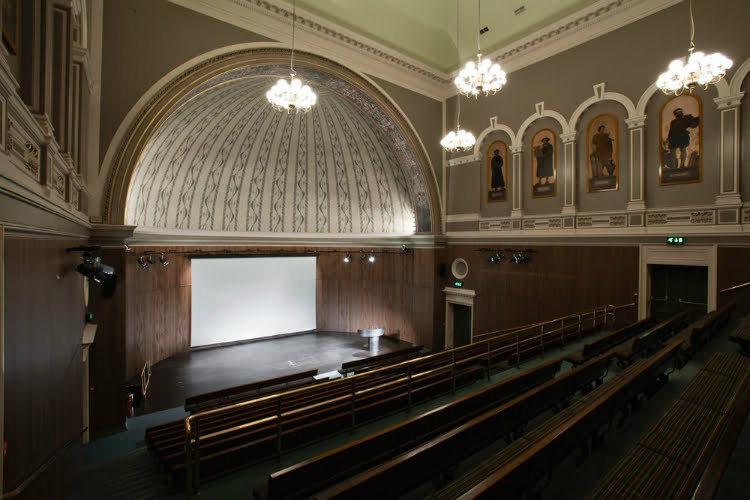 The V&A’s free lunchtime lecture series is one of London’s weekly highlights, but something that’s tricky to get along to if you don’t work in the area. For this reason, they record a lot of their lectures – meaning you now have a ready-made stockpile of speakers to listen to from home, covering topics from modelling for Christian Dior (by his muse, Svetlana Lloyd) to Pink Floyd and plywood. LISTEN NOW
–

Go To The Theatre (At Home)

This platform allows you to watch plays that have been staged at the likes of the Almeida, the Old Vic, the Royal Opera House and Shakespeare’s Globe. You might even catch something you wished you’d managed to see ages ago, like Maxine Peake playing Hamlet, the critically acclaimed staging of The Crucible with Richard Armitage, or Sheridan Smith in Funny Girl. Beyond theatre, there’s also opera, concerts and dance – including a recording of Swan Lake danced by the celebrated Mariela Núñez. SEE WHAT’S ON
– 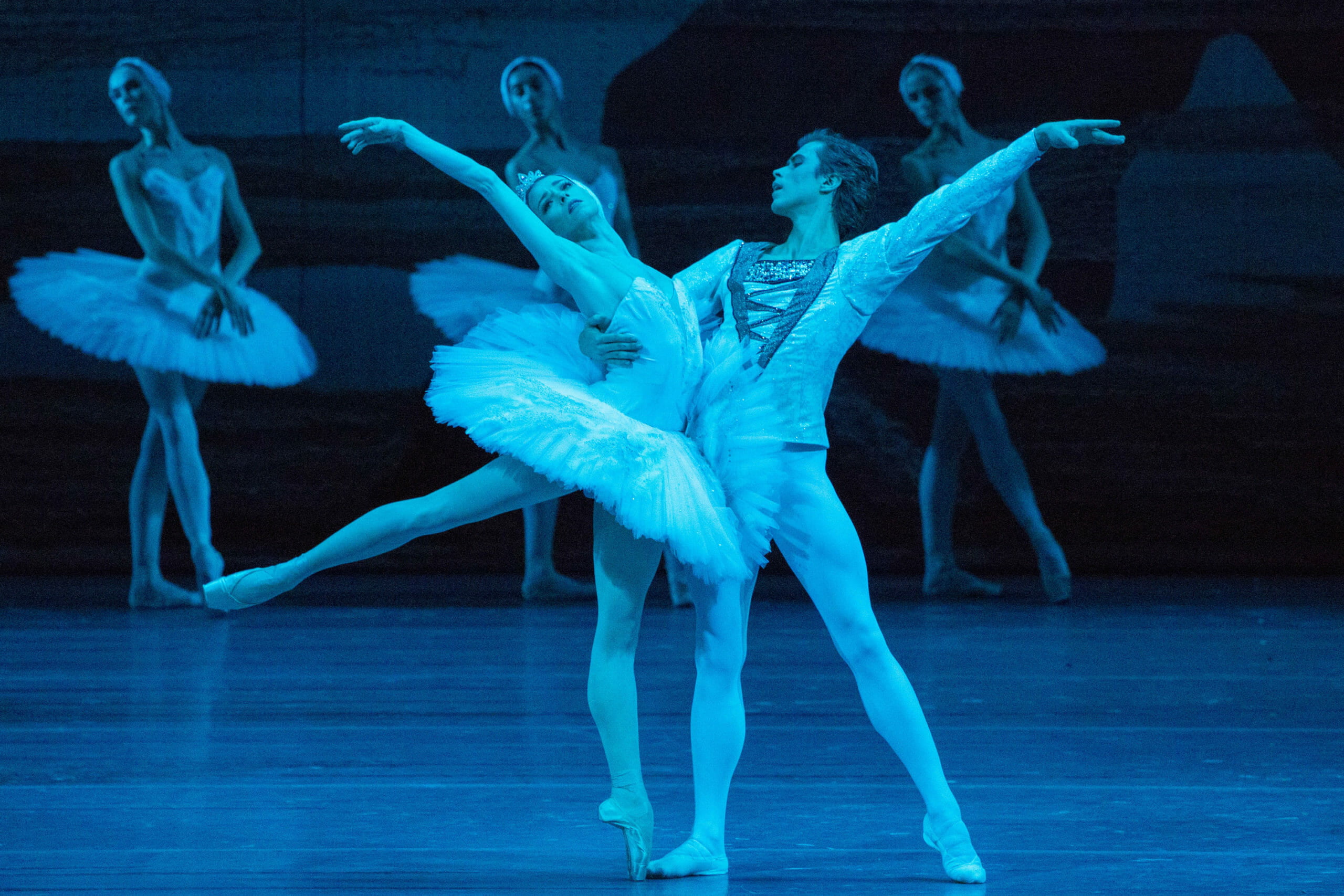 Another great subscription service, Marquee TV has a ream of ballet productions to watch, from Giselle staged at the Royal Opera House, to La Bayadère danced by Russia’s Bolshoi Ballet. Nifty camera work means you’ll get to see the dancers’ faces even better than you would in the stalls, allowing you to see their nuanced acting performances alongside the impressive leaps and twirls. You can also find plenty of contemporary dance on here, like Zero Degrees – created by the acclaimed choreographer Akram Khan and performed amongst Anthony Gormley statues. SEE MORE
NOTE: The Royal Opera House have also announced their own series of free online streams of ballet & opera – find out more HERE.
–

The British Library has curated an extensive range of online ‘exhibitions’, on themes from Windrush Stories to the History of Magic (the exhibition they recently staged showing the historical inspiration behind the creatures, characters and magic of Harry Potter). Treasures from their archives are combined with long reads on the topics, as if you were walking around and reading the labels yourself. TAKE A LOOK
–

See Shakespeare In Its Intended Setting 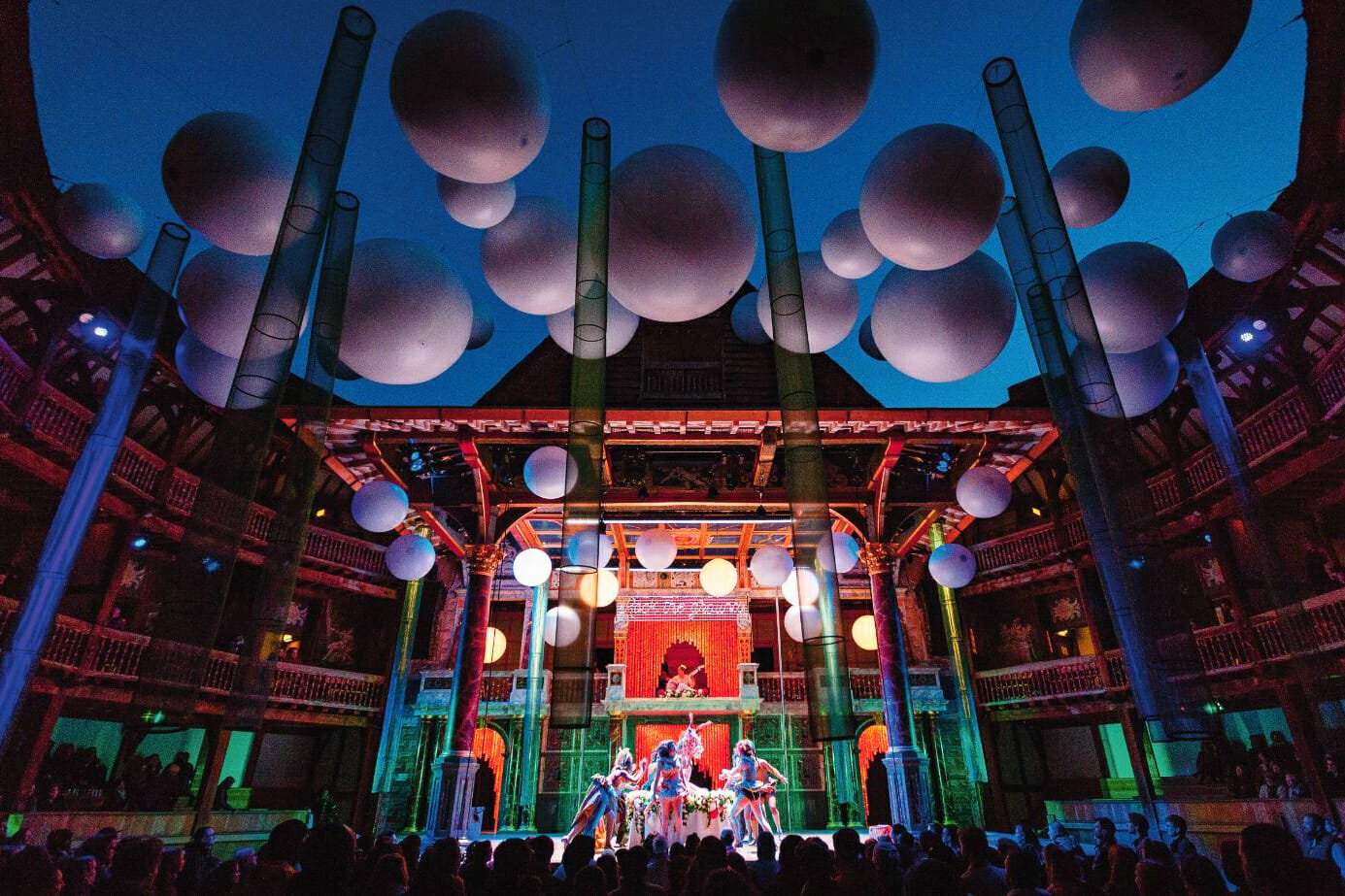 All the world’s a stage… including your living room. Globe Player is the on-demand service for Shakespeare’s Globe, the stunning Elizabethan theatre recreated next to the Tate Modern. They have 74 plays that you can watch online (with many in other languages), from Emma Rice’s famously radical debut as artistic director with A Midsummer Night’s Dream (above) to Webster’s The Duchess of Malfi starring Gemma Arterton. READ MORE
–

Gresham College has been giving free lectures in London for over 400 years. But they’re very much with the times – they’ve been recording their lectures since the mid-80s, and you can watch them whenever you want, online. The lecturers themselves are all outstanding in their fields, from classics expert Professor Mary Beard to the excellently named surgery specialist, Professor Roger Kneebone. Recent lectures span everything from gender equality and climate change to the art of mathematics; conscious AI; and a brief history of genitals. SEE MORE
– 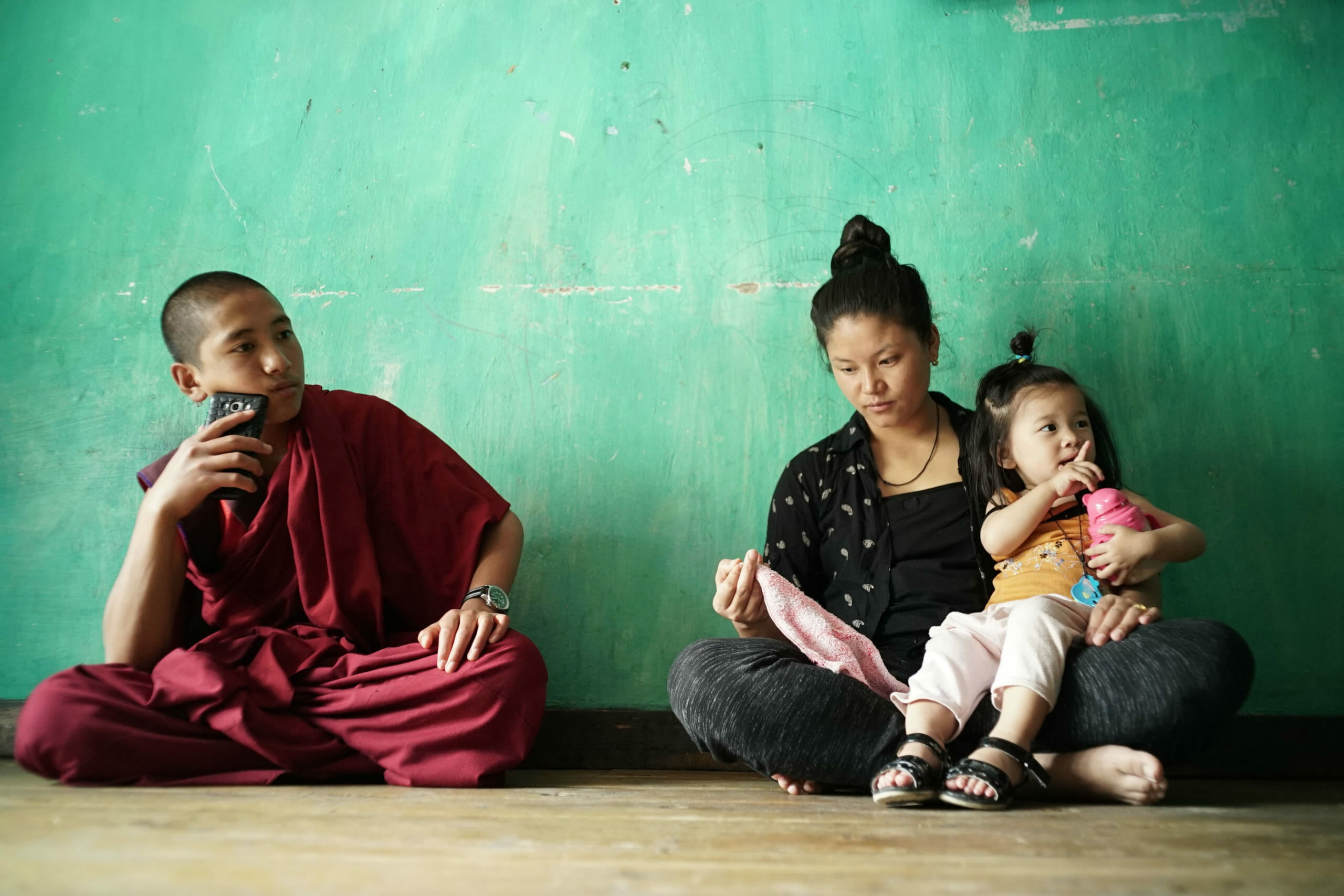 Sing Me A Song

Dogwoof’s documentary films have been nominated for a staggering 26 Oscars (winning four, with three BAFTAs to boot). And you can watch a huge number of them on demand – including those that are brand new cinema releases, like Cunningham, the epic retrospective of the legendary choreographer Merce Cunningham. Coming up soon are Sing Me A Song, following the impact of the internet’s arrival in Bhutan on a young Buddhist monk, and Collective, in which investigative journalists uncover corruption in the Romanian health system. SEE WHAT’S ON
–

Watch Cartoons (That Make You Smart)

The RSA are another institution that hold weekly lectures on all kinds of topics. But they also realise that watching someone on a laptop screen explaining something you know nothing about might not hold your attention in the way a live speaker might. So they’ve teamed up with animators to turn some of their most interesting talks into engaging shorts with a bit more visual pizzazz. You can bone up on ‘Character in the Selfie Age’ with New York Times columnist David Brooks, get to grips with different personality traits with author Gretchen Rubin, listen to George The Poet on climate change, and much more. SEE MORE
– 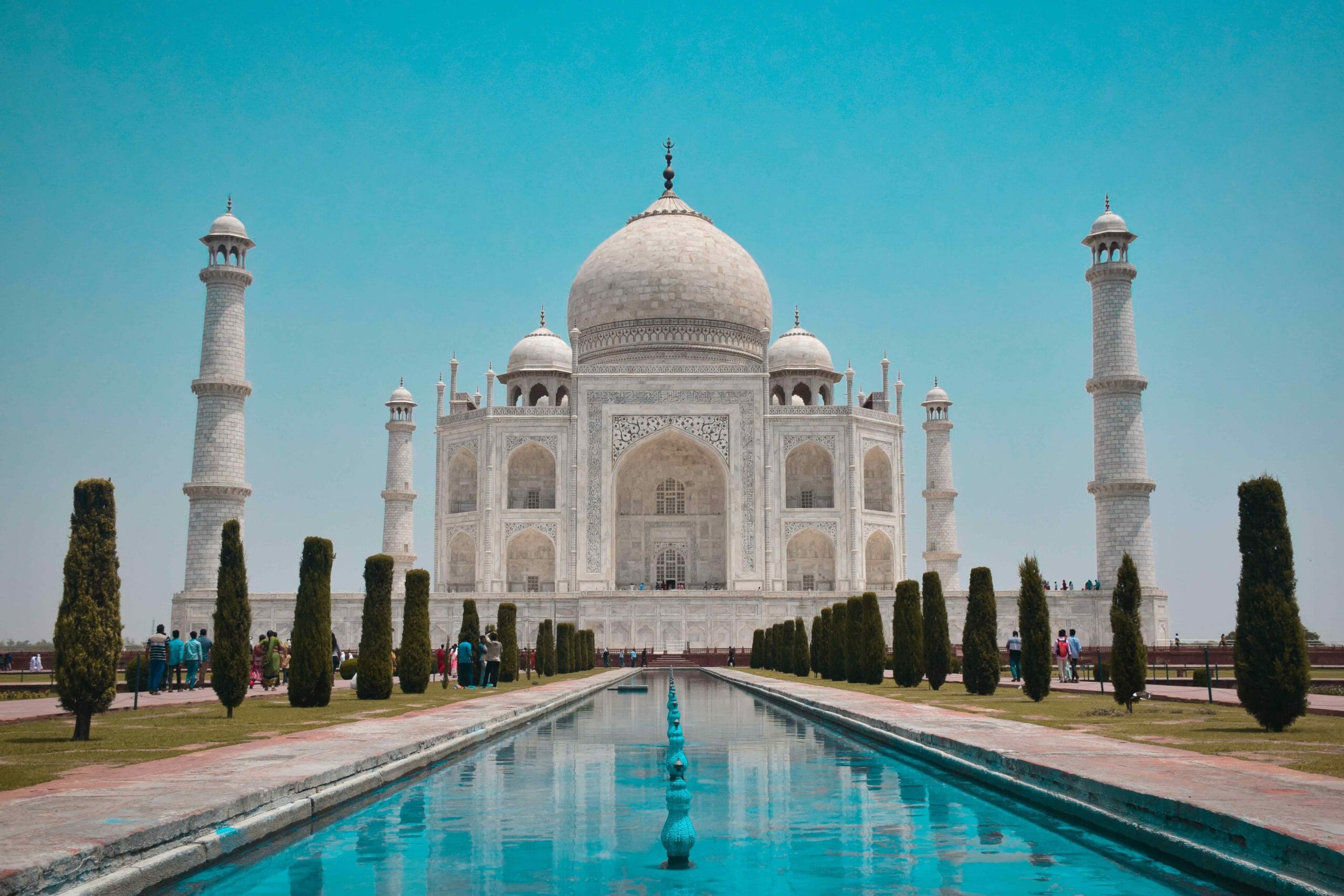 Why stop at London’s culture? The wonder of modern technology means you can also have a snoop around the Guggenheim (in New York and Bilbao); see the Uffizi Galleries of Florence; stroll around the Great Pyramid of Giza or take in the Taj Mahal. FIND OUT MORE

Looking for more virtual fun? Here’s a load of things you can do with friends online…