48 Hours In Budapest | The Weekender

Even the name itself comes from two cities packed in together.

So rest assured, you’re not the first to try cramming it all in. Because even with 48 hours you can still explore the best of Hungary’s scenic capital, with this – the ultimate itinerary to take in the city’s finest sights, landmarks, bars, restaurants and shops… whilst miraculously leaving you enough time to take the world’s largest bath, too.

So without further ado, behold your guide to the perfect 48 hours in Budapest….

Szimply Good Food. They live up to their name. Which is why you’ll be starting your tour of the Pest side of things with one of their pesto, truffle and parmesan mashed potato numbers, alongside a coffee from third-wave neighbour, Kontakt. Pop round the corner to Paloma, a hub of boutiques from artisan designers and makers in a galleried 18th century courtyard, or just head straight to the first cultural stop on the list – the Great Synagogue on Dohány Street. The second largest place of Jewish worship in the world, it’s an epic building that fuses Moorish elements with traditionally Romantic architecture. Inside is a museum on Jewish life in Budapest, as well as a huge organ that was first played by Franz Liszt. 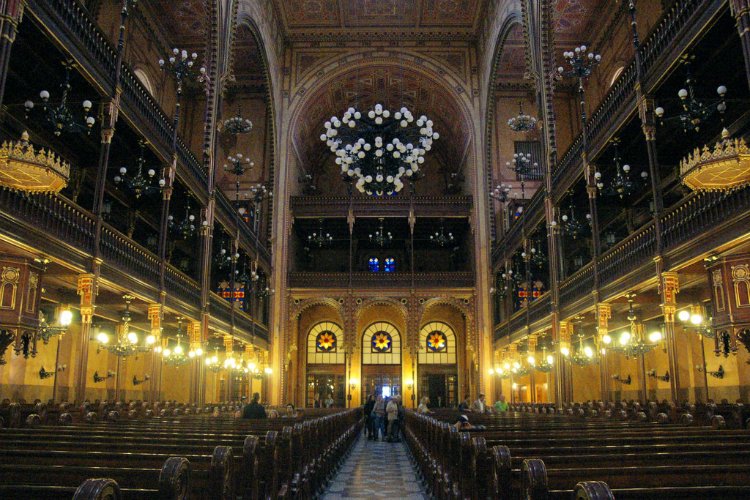 Onwards, now, to one of the city’s more niche museums (and there are a few). The Hungarian Electrotechnical Museum is Budapest’s premier electrical engineering museum, housed in the city’s former power station. Even Edison paid a visit on his honeymoon. Inside, rooms are crammed with buzzing, whirring electrical curiosities and eccentric old household appliances, as well as objects that are more… current.

Next on the trail, the beautiful UNESCO listed street, Andrassy Avenue (Andrássy Út), lined with palatial Neo-renaissance houses, a number of museums, and the grand State Opera House. From here make for the museum of Miksa Róth, a Hungarian artist known for his art nouveau stained glass painting. Have a mooch round his old house, check out his early work then head up to the Szechenyi Baths for a well-earned breather. Built in 1909, it’s basically a palace with a set of giant bathtubs out front – get to know the locals over a game of waterborne chess. 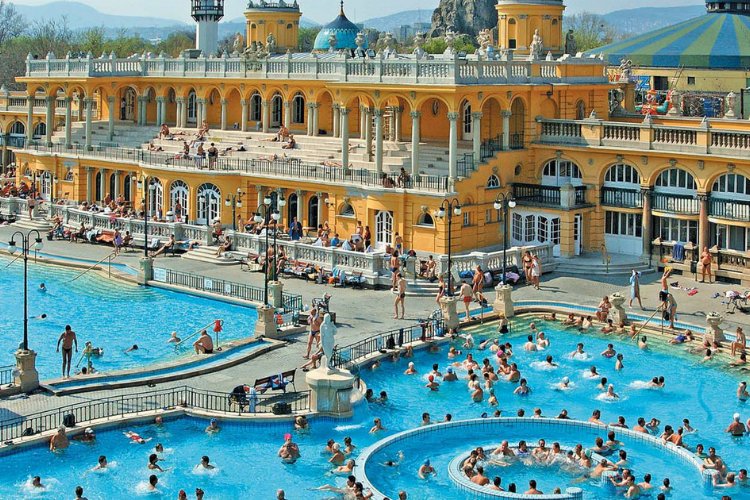 Head along for a quick lunch at Gundel, an old-school Hungarian dining room with high ceilings and live folk music, before taking a stroll along the Danube. Check out the sprawling Parliament building – a tour to see the gold-plated staircase and huge domed hall is pretty worth it – before taking a moment to take in the sobering Shoes On The Danube Bank, a memorial to the Jews killed here in WW2.

From here, pay a visit to St. Stephen’s Basilica, a grandiose church with a panoramic viewing deck stretching around the dome. Head for an aperitif at the Black Swan bar, a seriously sleek and moody drinking den that serves works of art in a glass, before catching a concert at the newly opened Pesti Vigadó. Their restaurant is loftily acclaimed, so stop by for dinner before a nightcap at Boutiq, a cosy spot where you can order a ‘Hello Tourist’ with palinka, Pastis, apple juice and red wine, before you say your goodbyes for the night.

There’s a big day of walking ahead, so give yourself a breather by riding the vintage funicular tram up Castle Hill to see the cobbled streets, Gothic archways and Baroque houses of this old part of town. The centrepiece, the Royal Palace, is another piece of grand Budapest architecture, and is home these days to both the National Gallery and History Museum. 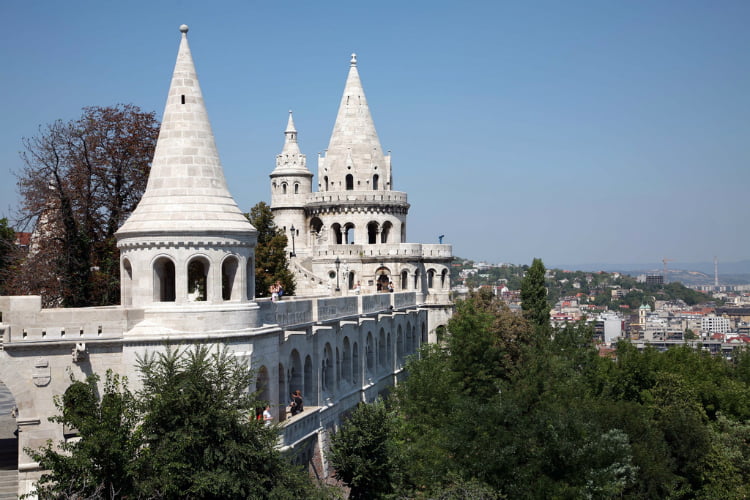 Have a wander round the grounds and pay a visit the Fisherman’s Bastion, primarily because it’s not just figurative, but an actual bastion of something. Get snap-happy on the beautiful views from its fairytale turrets, before finishing up with a tour of the Castle Garden Bazaar, a 19th century pleasure garden recently reopened to the public that often plays host to live music.

Make a small detour for lunch at Déryné, a French-Hungarian bistro that epitomises the Grand Café culture, taking a post-meal stroll on Gellért Hill. Here you’ll find sweeping vistas of the Danube, statues aplenty (the Garden of Philosophy has religious leaders meet around an orb), and a church in a cave. Take your weary feet to the bottom of the hill for a soak in the Gellért Baths, another beautiful set of thermals this time set within a Grand Budapest-style building. 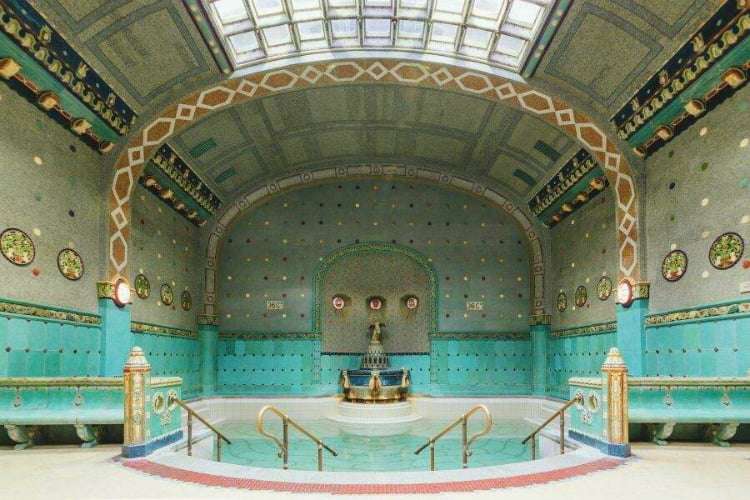 Stagger across the famous Liberty Bridge towards Kiosk for a plate of their paprika chicken and a cocktail infused with Hungarian spirits – try anything with Unicum, the slightly viscous national liqueur. That should lift your spirits sufficiently for an after party at Corvin, a club on the roof of a department store…

It’s a surprisingly good place to get down.

PS Like making the most of your days of rest? See the best of what’s happening in London this weekend